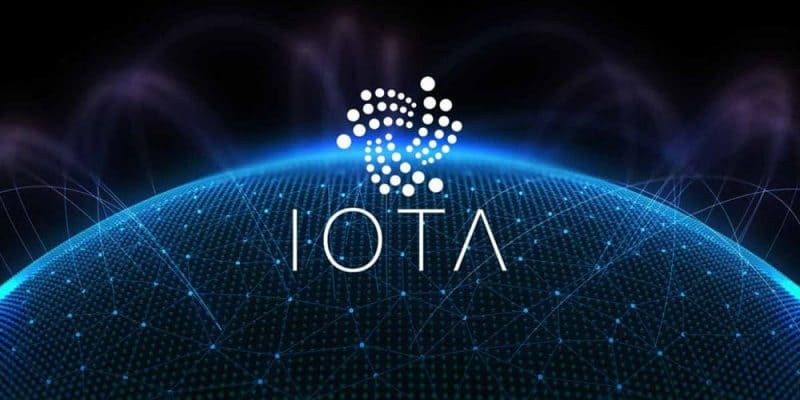 IOTA came up with solutions for some of the most important problems of blockchain technologies such as transaction fees and scalability by simply eliminating the block and chain. Two previous transactions must be verified before submitting a transaction to the IOTA ledger. This verification procedure doesn’t need a central ledger, or miners to maintain the network.

Consensus is built through the web of connections between transactions as the devices connected to the network verify transactions for each other. This type of verification is known as Directed Acyclic Graph (DAG) in cryptography. However, the developers of IOTA named it the Tangle.

The Tangle’s computing power grows along with the network and for this reason, IOTA provides fast but also free transactions. The network is designed to process micro-payments as well as payments between machines.

What is IOTA cryptocurrency and how does it work?

The Internet of Things is a rapidly expanding technology as companies are creating all sorts of monitoring devices such as cameras and sensors. The latest stats show that in 2018 there were over 23 billion IoT devices and future growth is developing at a fast pace.

IOTA plans to be a full-fledged platform for machine-to-machine (M2M) transactions. Its founders have previous experience in the IoT industry and they firmly believe IoT devices need to be able to share and allocate resources in an efficient manner for IoT to work at its full potential.

This vision implies that the IoT devices should be able to buy more electricity, storage, bandwidth, or data as they need it, and sell any of these resources when they’re not needed.

However, even on a small network, the functionality described above would require dozens of transactions per second to allow the devices to communicate and exchange resources. For this reason, IOTA’s developers don’t consider blockchain technology to be appropriate for IoT applications.

How IOTA solved the scalability problem

Scalability is one of the main issues of blockchain networks and the fees miners get charged for transactions is another problem. IOTA plans to fix both of these problems so their platform can be used by billions of IoT devices.

In its full implementation, IOTA will have billions of transacting nodes which is why the network needed to be designed in such a way that its processing power grows along with its nodes. For this reason, IOTA’s founders have created The Tangle, a consensus-building system where the devices that submit a new transaction must verify two other transactions on the network. For each verification, the verifying device performs a small Proof-of-Work linking the two required transactions into the Tangle.

The Tangle reaches consensus via a web of verifications and each transaction is linked to the two transactions it previously verified and eventually it will become linked to future transactions that verify it. This new technology eliminates the scalability problem since the network doesn’t depend on a central blockchain.

Each new device that joins the network provides its computing power once it submits a transaction. The Tangle has also remove block mining and all IOTA coins were generated when the network was created.

To perform a transaction on the IOTA network, the device will need to provide computing power, so the cost of using the network is only as high as the electricity required to verify two other transactions.

To properly service IoT devices eliminating fees was crucial for IOTA. The connected devices will often perform numerous transactions so charging fees on these small transactions would make micropayments impractical.

In blockchain technology, a blockchain network is vulnerable if a single party controls 51% of the networks computing power. In this scenario, it’s theoretically possible for a malicious party to create and verify false transactions. On the other hand, IOTA is using the Tangle to reach consensus and it’s theoretically if one party has control over 34% (over 1/3) of the network’s computing power.

Nevertheless, it’s still very difficult to successfully implement a 34% attack against the IOTA Tangle as this is also a highly complex network and you will need to dig deep into its core to leverage the 34% advantage.

Such an attack is easier to implement in IOTA’s early stages such as right now. The network is still small so an attacker could have an easier time achieving control over 34% of the network. However, in its early implementation, IOTA is using a Coordinator to prevent this from happening.

This is only a measure that will be used in the network’s early stages and the Coordinator will be eliminated once the network reaches a sufficient size. Even so, for now, this means the network and associated currency are centralized and if you plan to invest you will need to trust the IOTA Foundation.

The IOTA team has developed new technologies to develop the platform. In the beginning, IOTA used Curl, its own hash function for generating keys and proof of work. Since then, the proof-of-work hashing has changed to a classic SHA-3 protocol but the proprietary Curl hashing function is still being used for other applications on the network.

Furthermore, IOTa relies on trinary logic instead of binary and uses processors with three states which could theoretically increase efficiency and overall computing power.

IOTA was launched back in 2015 through a crowdsale. The IOTA Foundation, a German non-profit is responsible for developing and supporting the platform. The foundation is lead by David Sønstebø and Dominik Schiener as co-chairman of the board of directors.

The leadership team of 50+ members also includes many other experienced members such as the Fujitsu Head of Central Europe, the founder of Nxt, and Volkswagen Chief Digital Officer.

At the end of 2017, the team released the Data Marketplace, which relies on IOTA technology to allow the storing and selling of data streams. There are already several well-known companies like Bosch, and Accenture that have joined the network.

Furthermore, the team has started to work on smart city technology for Europe and other regions of the world.

Regarding competition in the M2M payments sector, IOTA is pretty much alone for now. Other IoT related projects exist such as Waltonchain and Vechain but they are mostly limited to the supply chain industry while IOTA is also focused on automotive, e-health, and smart energy.

Because IOTA is using a large number of new technologies, various technology experts are questioning the platform’s viability considering it’s practically impossible for the implementation to lack weaknesses or flaws. In other words, IOTA’s technology hasn’t been tested enough to know how it will work at scales and how it will deal with attacks.

While the overall lack of testing and peer review is the biggest concern, last year, MIT and Boston University outlined critical security flaws in the Curl hashing function in a paper they published. Most crypto experts and community members are not impressed when someone is trying to rewrite crypto standards. The SHA-3 hashing algorithm was developed over the course of 9 years and most of the experts’ concerns are pointed toward the fact that IOTA’s developers have tried to write their own cryptography instead of using already tested standards.

Even so, let’s not forget new technology will always go through growing pains and this is a necessary price to pay in order to achieve progress.

Where to buy IOTA

IOTA can be purchased from exchanges such as Bitfinex and Binance. Both these exchanges are well-known and reliable although Bitfinex is not available to United States residents so if you live in the U.S. you should give Binance a try.

Where to store IOTA

When it comes to software wallets there are two main options to consider for storing IOTA: the official desktop GUI and the Trinity wallet.

The desktop GUI is backed by the IOTA team and can be used on Windows, Linux, and Mac operating systems. When using this wallet you can access it as a full node or a light node. If you only want to store IOTA and perform transactions the light node is the best option.

The Trinity wallet has a friendlier interface compared to the GUI but since it’s in beta some bugs might occur. However, the wallet is available on Windows, Mac, and Linux but also on iOS and Android devices.

It’s also worth mentioning that you can also use Ledger hardware wallets including the Nano S to store IOTA. Support for the token has been added by Ledger back in November.