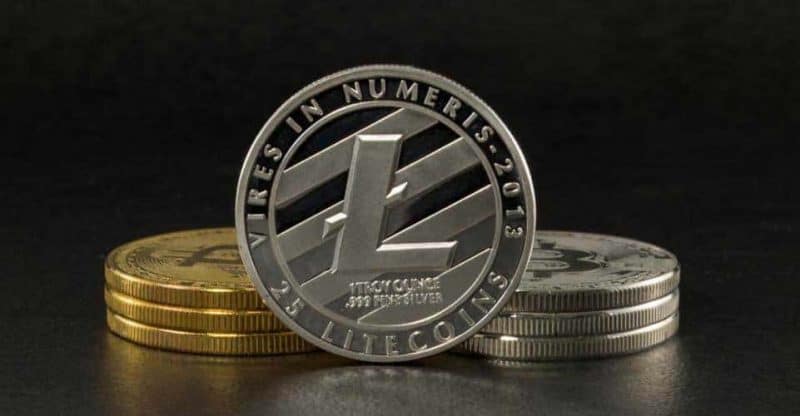 As the cryptocurrency market gets bigger and bigger every month, people are looking for additional currencies for diversifying their portfolio besides buying Bitcoin or Ethereum, which are the 2 most popular currencies with the biggest trading volume as of writing this article. Litecoin is another very popular choice among many investors, from its inception in 2011, the currency gained a good chunk of market share, from a market cap of $70 million to almost $20 billion in December 2017. Litecoin is also one of the oldest currencies – created in 2011, its main purpose was to provide a viable Bitcoin alternative for everyday transactions.

The beginning of Litecoin

Litecoin was created on October 7, 2011 and it’s basically a fork of the Bitcoin Core client. The currency was created by an ex-Google employee, Charlie Lee, as a “lite” alternative to Bitcoin, thus the name, Litecoin. Basically, comparing the two currencies, Bitcoin is seen as the “gold” while Litecoin is seen as the “silver”. Litecoin is pictured pretty much as a clone to Bitcoin and while some tend to disagree on this matter, it’s worth exploring the main differences and core fundamentals. 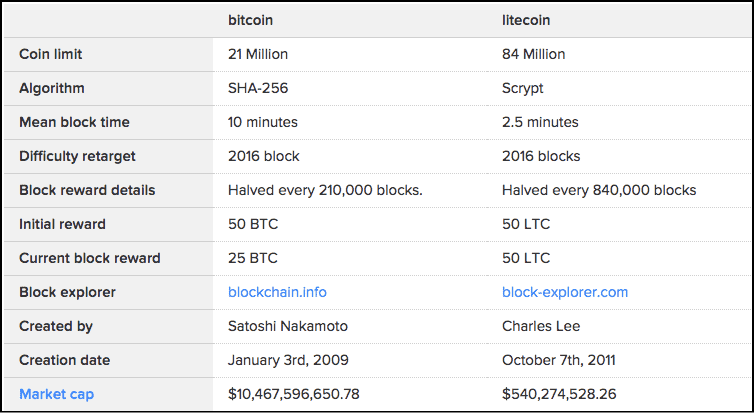 The first fundamental difference between Bitcoin and Litecoin is their block validation procedure, also known as mining. Both currencies use the Proof of Work protocol, which means that solving and adding blocks to the blockchain is made by miners using dedicated hardware. Bitcoin uses the SHA-256 hashing algorithm which allows miners to use specialized mining hardware, know as ASICs, to solve the blocks. In the current Bitcoin environment, miners are grouped in large mining pools (pooling of resources by miners) that exponentially decrease the time it takes to solve blocks via parallel processing.

Satoshi Nakamoto, Bitcoin’s original creator, envisioned mining as a more decentralized process where everybody could mine using their available hardware (laptop, desktop pc etc). However, with the creation of ASICs and the rise of centralized mining pools, it’s impossible to compete with these huge pools which are controlled mostly by the ASIC manufacturers. Antpool, the biggest pool, is controlled by Bitmain, the creators of the Antminer ASIC.

Litecoin wanted to change this landscape and based the blockchain on the Scrypt hashing algorithm. Scrypt is a version of the SHA-256 algorithm, one of the main differences being the calculations are more serialized, making it almost impossible to parallelize the calculations. However, companies figured out how to build ASICs and Litecoin’s “serial dream” is no longer a reality.

An important difference between the 2 currencies is the transaction speed. Litecoin generates a block 4 times faster than Bitcoin, meaning that a higher number of blocks equals more validated transactions in the same time frame. Another good reason on why cryptocurrencies hold intrinsic value is the number of total coins. Bitcoin has a cap of 21 million coins (17 million currently in circulation) while Litecoin has a cap of 84 million (4x the amount) with 55 million currently in circulation. When the total number of coins are mined, there won’t be any more Litecoins or Bitcoins generated.

Now that we covered the basics of Litecoin, it’s important to know how can we buy Litecoin and how can we store it. As its the case with any cryptocurrency, Litecoin must be kept in a wallet.

There are several types of wallets:

Here are the best Litcoin Wallets at this moment.

How can I buy Litecoin?

Litecoin can be bought on most cryptocurrency exchanges, with your currency of choice (fiat) or with Bitcoin or Ethereum. One of the more popular choices is Coinbase.