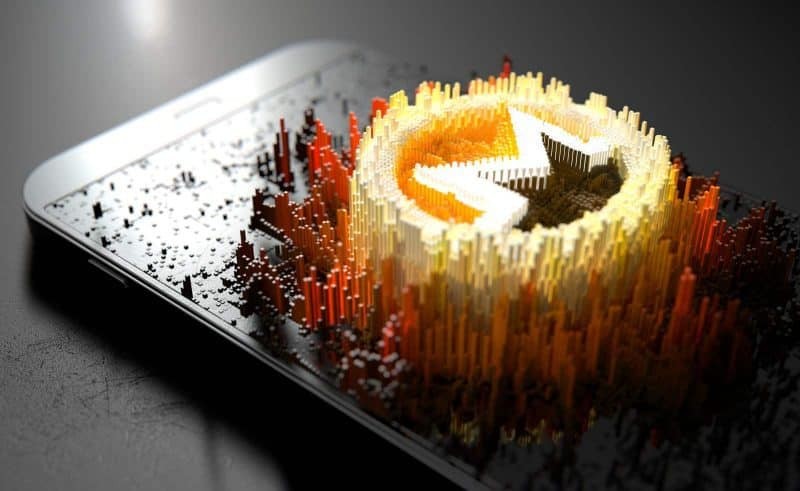 Monero was launched back in April 2014 and is an open-source, private, secure, and untraceable cryptocurrency. This digital coin relies on a distributed peer-to-peer consensus network to cryptographically secure each transaction. This way, your transaction will remain private on the blockchain and account files are encrypted using a passphrase so even if someone would steal them, they won’t be able to access the information they contain.

Using ring signatures, Monero makes all transactions untraceable and also makes sure they can’t be tied to users or their computers. Even though Bitcoin hides client information behind randomly generated series of numbers and letters and fake locations, this approach still has its faults. Bitcoin’s blockchain records all locations and exchanges and with enough information, bitcoin exchanges can be tracked, as this is already being done by some law requirement offices. There are other crypto coins that have tried to provide a better solution for keeping transactions anonymous such as Dash, and Zcash for example. 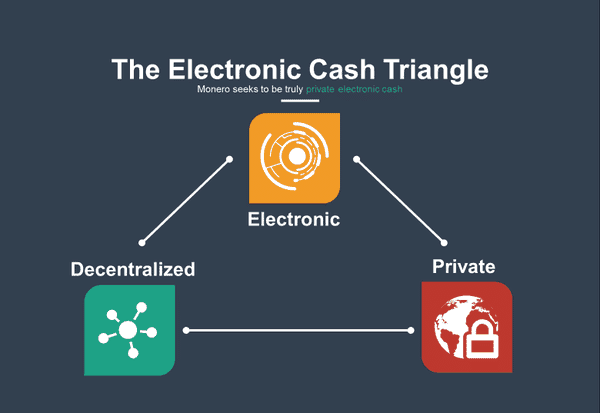 Ring signatures mix a client’s record keys with open keys generated by Monero’s blockchain to create a ‘ring’ of credible benefactors so no third-party will be able to identify an individual client. Interestingly, even though Monero can keep your exchange history private, you also have the option to share it should you ever want to. All Monero accounts have a view key so you can share it with anyone you want to be able to see your recorded exchanges.

Stealth addresses are another layer of protection Monero uses as they are generated for one-time use for each performed transaction ensuring it won’t be traceable to the sender or beneficiary’s addresses. This cryptocurrency also hides the transaction amount using Ring Confidential Transactions, or RingCT which was implemented in January 2017.

You own your currency

The users have full control over their transactions with their identities and exchanged amounts remaining completely private even though it is possible to manually share this data.

I personally think this is one of Monero’s main “selling points”. Fungibility is an item’s interchangeability with other assets or goods of the same type. This would be a basic definition of the term. Thanks to Monero’s untraceable transactions, this particular currency is highly fungible.

Now let’s see a real-life example of what’s fungible and what’s not. If you borrowed a $50 bill from someone else you could pay back your debt using a mix of smaller bills that make up the same total amount of money. That would be absolutely fine. However, if you were to borrow a car from a friend and give back another car, it’s safe to say that wouldn’t be ok, even if you were to bring back another car of the same make and model. So dollars are fungible (with some limitations, of course), while cars are not.

Returning to the crypto world, Bitcoin’s transactions aren’t as anonymous as one would want. The blockchain allows everyone to see the trails of transactions so if some coins were once used for some illegal activities, they will become forever “tainted”. In some bitcoin exchanges and service providers the “tainted” coins will have a lower value compared to “clean” ones. This destroys bitcoin’s fungibility and it’s definitely not a fair deal. The current owner of the coins has no fault that at some point these coins were used to buy or sell something illegal and should not suffer for this.

Since Monero hides all the user data, transactions, and even the exchanged amounts this information remains untraceable, which makes this currency fungible.

Bitcoin, Ethereum, and other coins only use two keys – a public and a private one. Monero relies on a more comprehensive system: it has two view keys – a public and a private one. The public view key is used to generate a one-time hidden public address where the coins will be sent to the receiver. The private view key is used by the receiver to locate the funds that were sent to them on the blockchain.

This can be a somewhat confusing concept for newbies, so let’s start with the Bitcoin’s scalability. Bitcoin has a 1 Mb block size limit which was enforced to prevent spam transactions.

Monero doesn’t have any self-imposed size limit and without other measures in place, malicious miners could overwhelm the system with exaggeratedly large blocks. To prevent this, the system has a built-in block reward penalty. I won’t go into all the math behind this, but the short version is the block reward is reduced based on an average calculated from the last 100 blocks.

Technically, Monero could be mined with ASIC hardware but producing ASICs for Monero is so costly, it’s simply not worth the investment. Monero is very different from Bitcoin as it based on the CryptoNote system which relies on the Cryptonight algorithm. This algorithm’s main purpose is to further decentralize the currency system and ensure the coins are more evenly distributed.

CryptoNight needs 2 MB of fast memory to function properly. In the end, it all comes to the price/performance ratio and parallelizing hashes is limited by how much memory a single chip can hold while being cost-friendly. The algorithm was designed to benefit from AES-Ni instruction sets, in other words our modern machines are already doing some of CryptoNight’s work, making it CPU and GPU friendly. 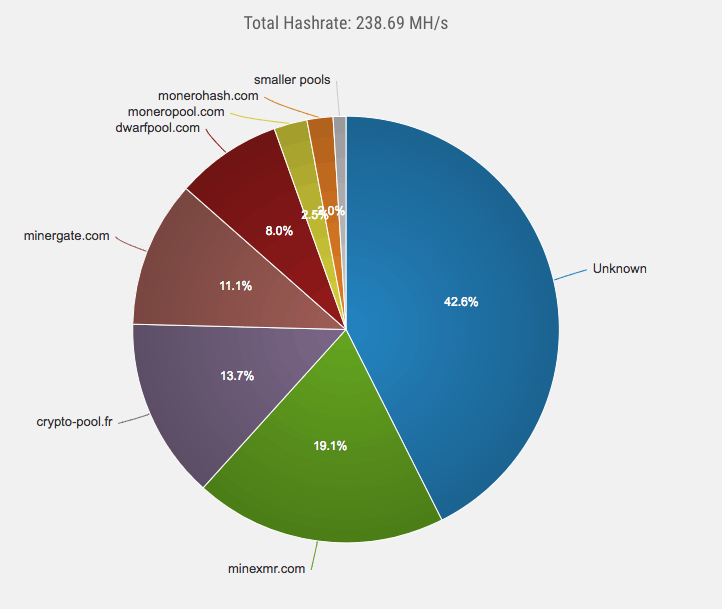 Even tough Monero has some notable accomplishments, it’s far from perfect and raises some questions and concerns. For instance, it seems like Monero’s privacy may be at risk because it is possible to track an original transaction node’s IP address which could potentially de-anonymize users.

Also, Monero’s mining is somewhat centralized. A little over 50% of Monero is being mined by 4 pools and this might cause the distribution to become much more uneven than planned. Monero’s transactions are significantly larger than Bitcoin’s, also requiring more data and a larger, continuously growing blockchain.

Monero has been having a hard time integrating with multi-coin wallets and other services that would increase its use. The same goes when it comes to merchant tools for integrating payments although it seems third-party services have started to appear and fill this gap.

It’s safe to say that most altcoins aim to improve at least some of Bitcoin’s aspects and Monero makes no exception. This open-source, crowdfunded project was designed with ASIC mining resistance and anonymity in mind. It also has a passionate (and mostly anonymous) team that’s focused on taking Monero to new heights. That alone is something a lot of new coins and ICOs are severely lacking.

As you can see from the read above, the way Monero works and the technology that powers it is quite intricate and it can be classified as an amazing engineering accomplishment. It’s definitely worth keeping an eye on Monero, it will be interesting to see how this privacy-focused coin will advance in the future.