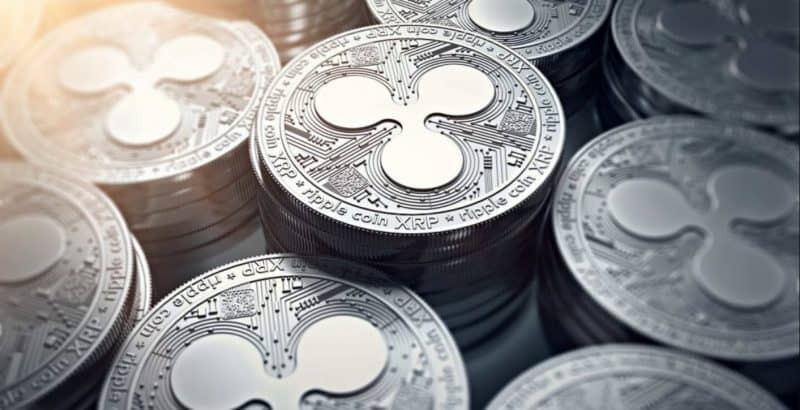 Ripple is one of the established cryptocurrencies as this network has been created back in 2012 by the same-named FinTech company. The Ripple network is focused on providing a faster and cheaper way to perform financial transactions between banks and has already attracted some prominent financial institutions, such as BBVA, Santander, and RBC among others.

Ripple plans to open a new office in Singapore in the near future, continuing its growth in Asia. Backed by an experienced team and a continuously growing network, Ripple’s future has a lot of potential but this particular cryptocurrency has also raised a lot of controversies.

It’s true, Ripple provides an excellent fix for the painfully slow and too expensive financial transactions but it also defies the blockchain’s original purpose – that of providing decentralized solutions with a high degree of privacy and anonymity. In fact, Ripple is 100% centralized and since its goal is to make the global financial system more efficient, it’s easy to understand why the blockchain community, as well as some investors, are not happy with the network’s practices. Even more, Ripple has made it clear on multiple occasions their focus is on facilitating transactions between financial institutions not between individuals.

How does Ripple work

To understand Ripple’s purpose, you must first understand how international financial transactions work nowadays. They usually take between 3 to 5 days and while that might seem like a hassle, banks are dealing with even more problems than their clients. Financial transactions go through several third-parties, and the entire process is expensive and sluggish. Ripple was created to provide a global network that can speed up these transactions, as well as make them less costly.

Transactions on Bitcoin’s blockchain take over an hour, and over 2 minutes on the Ethereum’s network. Ripple currently has one of the fastest transaction speeds of just 4 seconds. Furthermore, Ripple’s network can handle 1,500 transactions per second and is also scalable which means it can adapt should the number of transactions increase quickly. XRP, Ripple’s crypto coin works as a bridge currency and is used to facilitate international transactions.

If one bank wants to send some $ to another bank using Ripple’s network, the first bank will purchase XRP worth the sum of money they’re trying to send and the second bank will receive the XRP in their institution’s Ripple wallet. Then, the second bank needs to simply convert the XRP to their own currency which would only take a few minutes. Also, the XRP is purchased by the banks from Ripple’s transaction network, not from exchange platforms.

Besides increased transaction sped, Ripple also provides low fees which are paid in XRP by destroying a small amount of the sent and received digital coins. However, this also means the XRP currency will slowly deflate over time, as with every transaction the total number of coins will decrease. As a result, the transaction fees will slightly increase over time, although on short term the differences won’t be noticeable. Even so, this is not something to overlook on long-term.

Another issue XRP’s price is having is the amount in circulation is only 38% of the total amount of created XRP. The rest of 62% is owned by Ripple, which is another problem that has made various individual investors cautious about this network.

The Ripple team and competition

While Ripple might be among the first to offer such a cost-effective and speedy solution for global financial transactions, there’s already a giant named SWIFT that handles this for thousands of financial institutions across the entire globe. Also, SWIFT, VISA, and Deloitte have announced their R&D departments plan to develop their own blockchain technologies. Obviously, Ripple already has a fully-functional blockchain that’s already in use, so they have a pretty nice running start.

Another advantage of the Ripple network, is the company has a seasoned management team that’s already proficient in numerous industries. Brad Garlinghouse, their CEO was previously CEO of Hightail, and has also worked as the SVP of communications at Yahoo. Marcus Treather, Ripple’s global head of strategic accounts previously worked at SWIFT, Ripple’s main competitor. Moreover, Ripple staff counts more than 160 employees which definitely sends it to the top blockchain employers.

As for the Ripple network, it’s growing as we speak and various large financial institutions such as RBC, Reisebank, and Santander have already joined it. Seagate, Accenture, Andreessen Horowitz and Google’s venture capital investment group provide Ripple serious financial support. With such large companies being on Ripple’s list of investors, it’s safe to say some highly intelligent people believe in the network’s potential.

It’s easy to find Ripple’s pros: an amazing solution for faster and cheaper global financial transactions, a strong team and some giant investors would be among the first reasons that come to mind.

However, it doesn’t lack problems either. Individual investors and numerous blockchain community members dislike the network for good reason. The company owns 62% of all XRP and because of this, the leadership could manipulate the price. On top of that, Ripple’s centralized nature angers many blockchain enthusiasts as it defies the initial purpose of the blockchain – that of providing decentralized solutions not controlled by a single party.

This is an easy-to-understand point of view, although we must also take into account that banks like to control and access their transaction history and most such institution would prefer a centralized transaction solution rather than a decentralized one.

Is it worth investing in Ripple?

As you can see, Ripple has some attention-worthy strengths, but its weaknesses should also not be ignored. As much dislike as it might receive from those who view the blockchain as a way to snag some power from governments and institutions and give it back to the people, Ripple has a substantial target market and state-of-the-art technology.

If you’re thinking to invest and own some XRP, he are the best Ripple wallets.

With companies such as Visa that has already shown interest in creating their own blockchain, there’s a risk banks would prefer to use this method as well. Right now, Ripple’s main advantage is such institutions are yet to have a working blockchain and might find it more appealing to simply use an existing one. Ripple has an impressive team and powerful investors to back it up. It might even face competition tougher than Swift in the future, but right now they global solution they provide is pretty much undefeated.