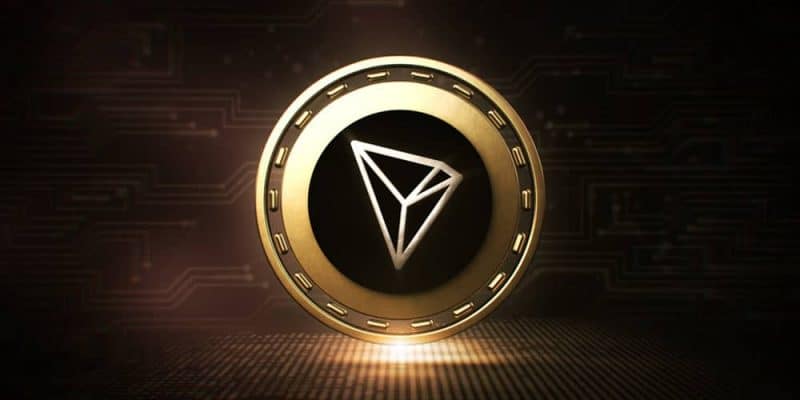 Ever since its launch in September 2017, Tron has managed to earn a well-deserved spot among the top popular cryptocurrencies. While Tron is a blockchain based decentralized application and smart contract platform, unlike most other cryptocurrencies its focus is to create a digital entertainment ecosystem.

The platform will allow content sharing via the blockchain and its peer-to-peer network technology. Its main goal is to allow creators and users to connect directly with no need for third-parties. This way, the digital content creators (such as app developers) can receive revenue directly from users.

Because the Tron platform takes out the middlemen, this means that content creators will have to rely less on sites such as Facebook to receive traffic so there will be no need to get hits and views on third-party sites.

Tron has had a huge boost in value in late 2017 and early 2018, but even this year it seems to be one of the top performing cryptocurrencies with an impressive gain of 34% despite most other coins dropping in value.

What is Tron (TRX) cryptocurrency?

Tron was founded by The Tron Foundation, a non-profit group based in Singapore with Justin Sun as the CEO. Sun is the creator of the chat app Peiwo, and was listed on the Forbes Asia 30 under 30 list. He recently graduated from Hupan University, the famous Asian business college founded by Alibaba’s Jack Ma.

The Tron platform is a blockchain-based operating system for dapps and smart contracts focused on entertainment, gaming, and social networking. Tron is working on a few first-party daps such as an online television platform and a content sharing ecosystem.

Tron’s ICO raised the impressive amount of $80 million, and backed by an experienced team, this project showed promise from the start. Below, we’ll discuss the technology that powers Tron, how it works and the solutions it promises to offer.

Tron is designed to support Javascript-based smart contracts and will have an Application Blockchain Interface (ABCI). The ABCI defines the border between the replication engine (blockchain) and the state machine (the application).

The platform will also employ a graph database which will allow it to store the complete network along with its structure and data. This ensures fast search and path-finding capabilities, as well as fast processing and making the platform as easy as possible to update which is critical to maintaining scalability.

Tron has a basic set of rules that will always be followed. Users who create data will be the full owners of that data. All contributors to the Tron network will have the right to receive proportional profits and all types of contributions will have the same value and time invested.

When a user of the Tron ecosystem creates new content it can be directly uploaded to the Tron blockchain. All reactions to that content such as like or share will reward the creator with TRX, Tron’s currency token.

Practically, Tron plans to eliminate the large corporate middlemen like Google, Youtube, Spotify, Apple and so on, who are currently getting a part of the content providers’ revenue. This will counteract censorship, control, as well as privacy problems which seem to be common for many centralized service providers these days.

The Tron Virtual Machine (TVM) is the platform’s Turing complete virtual machine designed to be fast and decentralized providing developers with an efficient, secure, and scalable custom-built blockchain system.

TVM was designed to be compatible with Ethereum’s Virtual Machine (EVM) which will allow devs to compile and modify their existing codes making Ethereum smart contracts easy to port to Tron.

Once dapps are tested in the TVM, they will be uploaded to Tron’s mainnet and run on the TVM of Tron’s Super Representatives (SR) nodes to become publicly accessible.

Also, TVM will use bandwidth compared to EVM which relies on gas so smart contract operations and transactions are free on the Tron platform. On Ethereum’s smart contract platform, developers need to limit the complexity of their programs to reduce gas fees. Obviously, TVM will allow developers to program more complex applications without worrying about added costs for various tasks and transactions.

TRX is the Tron’s network currency and it can be used as well as earned for various services such as posting videos, buying or selling coffee and so on. TRX was designed to be the “exchange” currency for the Tron network and its associated services.

To achieve this Tron will implement their own native, individual company coin usage based on the Tron protocol. Just like the Ethereum network can issue ERC20 tokens for its dapps, Tron plans to issue Tron 20 tokens for the decentralized apps built on the platform.

TRX will be the medium of exchange and it will allow content creators and users a flexible solution for interacting with each other with no need to worry about converting between currencies.

The Tron blockchain will rely on the well-known UTXO-based trading model Bitcoin and many other blockchains are using. UTXO stands for Unspent Transaction Output. In a UTXO database, fully validating nodes use unspent transaction outputs to find out if a transaction is valid or not. For the UTXO database to be valid it must contain all inputs to a transaction.

Tron relies on a multistep consensus strategy and the last step is a protocol system that resembles Proof of Stake (PoS).

The TRX currency can be locked to gain Tron Power (TP). TP provides users with upward mobility in the ecosystem by increasing their voting rights and status on the network. Users will receive TP based on how long their tokens are locked away.

The Tron roadmap is split into six stages. Stage 1 called Exodus has the ultimate goal of data liberation, providing users a free and reliable platform they can use to publish, store, and share data.

Odyssey is the second phase and it’s focused on content empowerment. Content creation will be encouraged with the introduction of economic incentives. Users will help build the system and will get a fair return for content creation and sharing.

During the fourth stage called Apollo, the focus will shift to the free movement of value, allowing content producers on the Tron network to create their own tokens (the TRON 20 token).

Phase six and the last is called Eternity and plans to allow developers to easily set up their game platforms via Tron. Also, developers will be able to crowdfund their game development allowing users to invest in the games they like.

Since its inception, the Tron platform has partnered with various companies and oBike, a multi-national bike sharing company was among the first.

Global Social Chain (GSC) is also among Tron’s oldest partners and it’s a mobile social platform for the global market with over 100 million users.

At the start of 2018, Peiwo App has been integrated with TRX allowing Peiwo users to deposit and widthraw TRX with a cryptocurrency wallet as well as purchase and donate virtual gifts.

Gifto is a new universal gifting blockchain platform and the company is linked to “Uplive, a live streaming mobile app with more than 20 million users. Tron’s collaboration with Gifto will facilitate numerous transactions of virtual gifts.

Game.com has noticed the success of the famous Cryptokitties game on the Ethereum blockchain and partnered up with Tron to create their own brand of blockchain tech entertainment called Pet Planet.

BitGuild and Tron announced their partnership last year in March. BitGuild is a blockchain game platform that aims to create a new system to facilitate the relationship between developers, gamers, and game content.

A collaboration with Trip.io has started not long after BitGuild. Trip.io is an online travel blockchain project that also happens to be the first of its kind. The service relies on blockchain technology solutions to redefine the online travel market.

How to buy Tronix (TRX)

Various online exchanges have Tronix (TRX) available although fewer are able to convert fiat currency directly to TRX. YoBit, BitFlip, and Coinnest are the exchanges that allow users to purchase TRX using USD, EUR, or KRW. These exchanges are somewhat obscure so we recommend you buy Bitcoin (BTC), Ethereum (ETH), or Litecoin (LTC) and use that to purchase TRX from an established exchange.

A safer way to do it would be to create an account on Coinbase and buy ETH, BTC, or LTC using a credit or a debit card, or through a bank transfer. Then, you can move your coins to an exchange that trades in TRX. We recommend Binance, Cryptopia, and Bittrex.

There are a surprising number of Tronix (TRX) wallets available and the best part is the good ones are listed on the Tron official website. And, of course, you should also consider using an even safer option such as a hardware wallet like the Ledger Nano S or Trezor.

Should Tron gain the necessary adoption to stick to the roadmap it will affect large companies that dominate the online world such as Google, Facebook, and Amazon but also many others.

Perhaps this is why Tron managed to amass a significant amount of funding and is among the top performing cryptocurrencies this year. The potential definitely exists but it remains to be seen how Tron will realize its goals.