Even though Google Play is full of smart launchers and lock screen apps, developers never seize to impress us with ever new, beautiful and highly functional apps. The app of the day for Android users is Start, a smart and customizable lock screen app for the insatiable personalization aficionados.

The first and foremost lure of this lock screen app is a big collection of awesome themes. The next nifty feature of Start is it has quick shortcuts to the things you may need quick access to – text messages, calls, your favorite apps, news feeds and social network feeds. Therefore, you can check all that without unlocking your device.

It is somewhat similar to Cover, but Start lets you customize those shortcuts, so you have quick access to things that matter to you. The app offers its own widgets, or starters that place apps like Facebook or Twitter feed on your lock screen, but no Google+. The best part is you can place nearly any app you want on your lock screen for fast access – news, music, weather.

As smart as it is, adding apps to your lock screen is great, but the themes are the best part. You can beautify your lock screen with a great variety of themes, from minimalist Contrast to sci-fi Tron, from lego-like Star Wars to cartoon-like Love in the Air. It has flowers, kittens, nature, interior design, tech and art, and even a stack of dollars or Jesus Christ and Buddha themes for users of all sorts.

Notably, Start does not eliminate your system security like Cover does. Yes, you can access the apps you put on the lock screen, but other than that – nothing, until you unlock your screen.

Start does not seem to be resource-hungry, but it sure is good-looking and fun, and considering the app is free, you can toy with the themes to your heart’s content.

The only little nag is it may be unexpectedly incompatible with an occasional perfectly legitimate Android 4.0.4 device, even though the app should run on Android 2.2 and up.

Check out the small portions of themes selection: 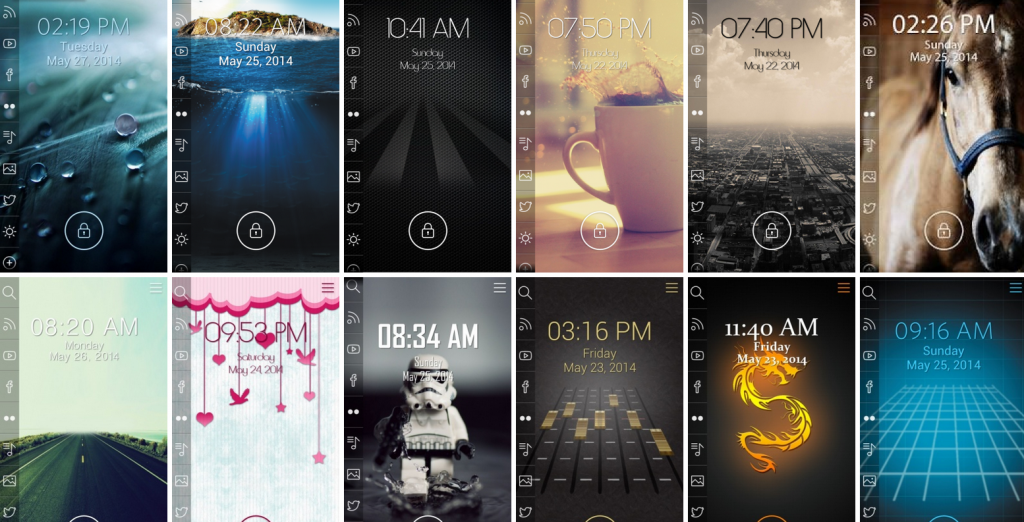 You can download the app and check out the themes on Google Play or the developer’s website.