Windows 10 has a wealth of small features that can actually come in handy but you won’t just stumble upon many of them. For example, did you know you can customize the Start Menu folders in Windows 10?

By default, the small bar on the left edge of the Start Menu displays a few shortcuts to common system folders, such as File Explorer and Settings. Nevertheless, you can add more shortcuts to folders such as Downloads, Network, Pictures and so on.

Before you proceed to the instructions, you should know the option to customize the Start Menu folders in Windows 10 is available in the Windows 10 Anniversary Update so you will need to have it installed in order to access it.

How to customize the Start Menu folders in Windows 10

To show more folders (or hide existing ones), go to Settings -> Personalization -> Start. Here, you will need to scroll down a bit and then you will be able to see the ‘Choose which folders appear on Start’ option. Click or tap on it. 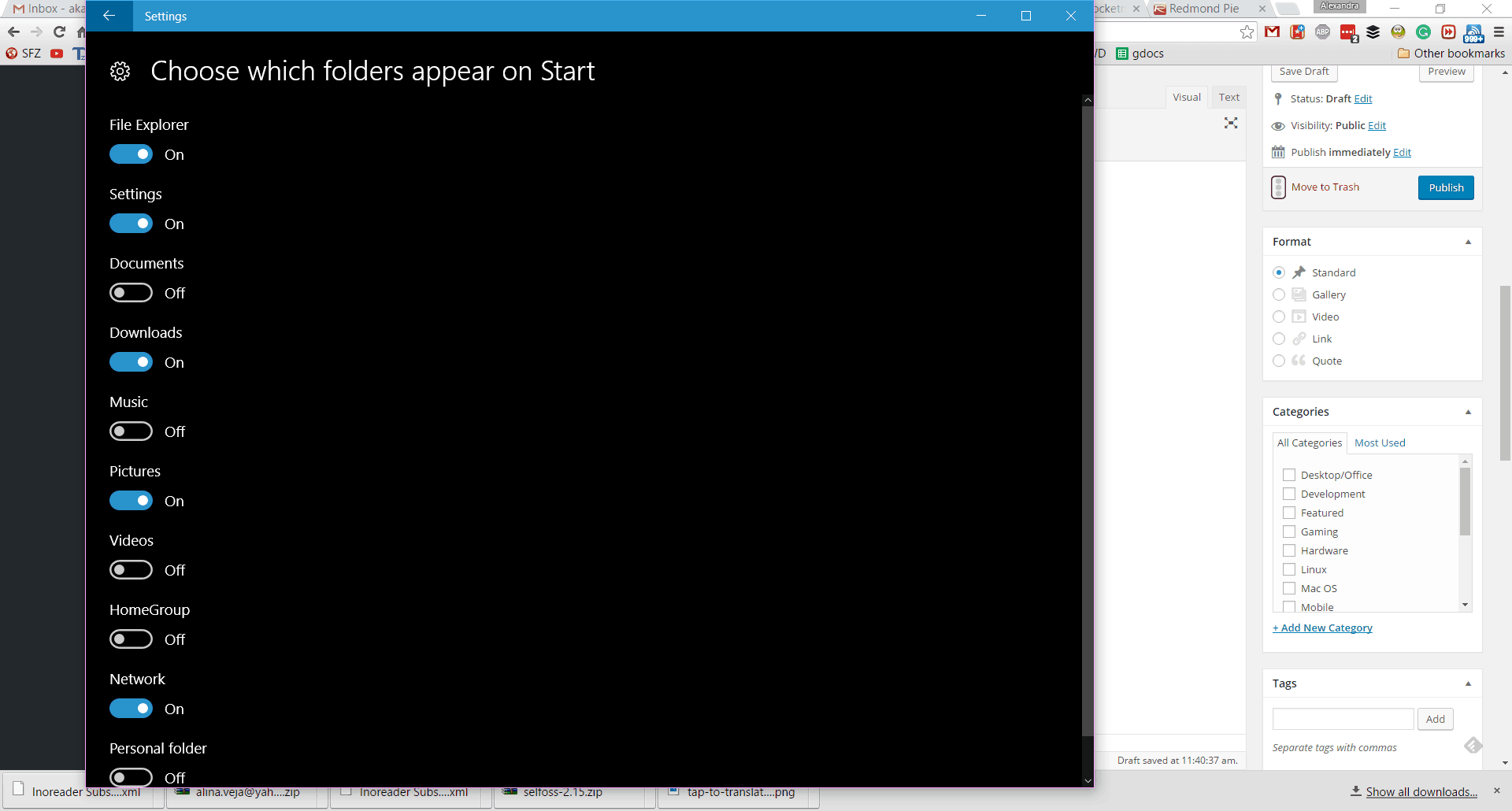 On the next screen, you will have a toggle for each folder you can display on the Start Menu. Of course, you can choose to show them all but that sidebar can get rather long so you might want to select only those you will actually use.

Here’s how it looks with some additional folders, on top of the default ones: 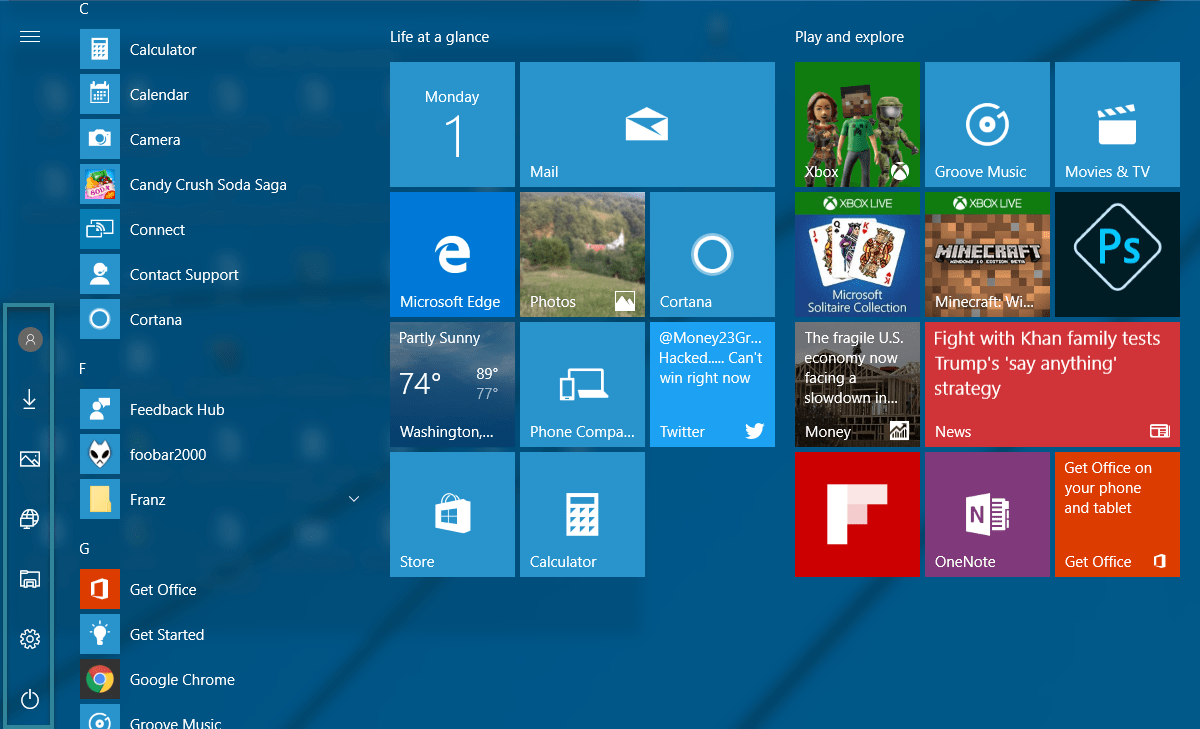 A useful option, which is not currently available is the ability to add custom folders to the Windows 10 Start menu. For now, we can only choose to display the preset folder shortcuts, but hopefully at some point, an update will bring the option to add whatever folders we want to the Start Menu.

You can use this feature right now as a Windows Insider or if you have the Windows 10 Anniversary Update when it becomes publicly available.