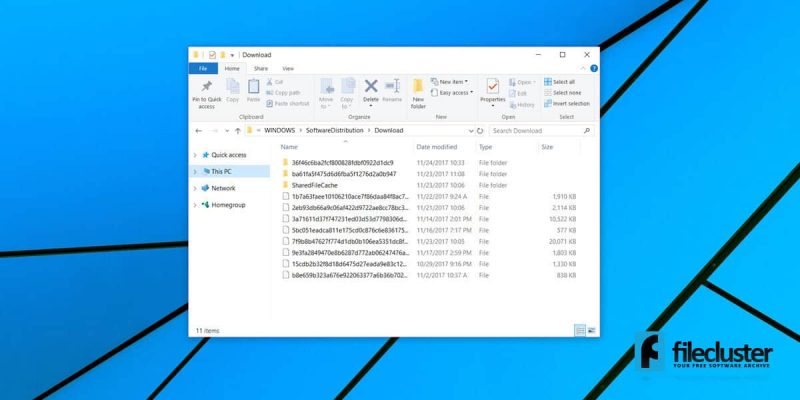 A Windows update adds new features, bug fixes and so on, but it installs on top of the existing operating system. In fact, that’s how updates work on any OS. On Windows 10, the operating system automatically installs updates and all the user is able to customize is the time of the installation.

Nevertheless, failed updates tend to happen frequently on Windows 10 and when something like this happens, removing those files will allow the system to re-download the update and hopefully, install it successfully. As a result, if you need to delete a downloaded Windows 10 update, that’s certainly possible and we’ll show you how to do it below.

Before getting started, be aware this is only possible for updates that have been downloaded but are not installed. Any update that was installed can’t be just deleted from your system. In this case, you will need to roll back to the previous version of the OS.

You can do it from Settings -> Update & Security -> Recovery. Keep in mind you can roll back to the previous build only within one month of an update. After that, you would need to use a system restore point.

How to delete a downloaded Windows 10 update

To delete a downloaded Windows 10 update that hasn’t been installed start by opening File Explorer. Go to the location below:

If your system drive is not “C”, replace it with the corresponding letter. 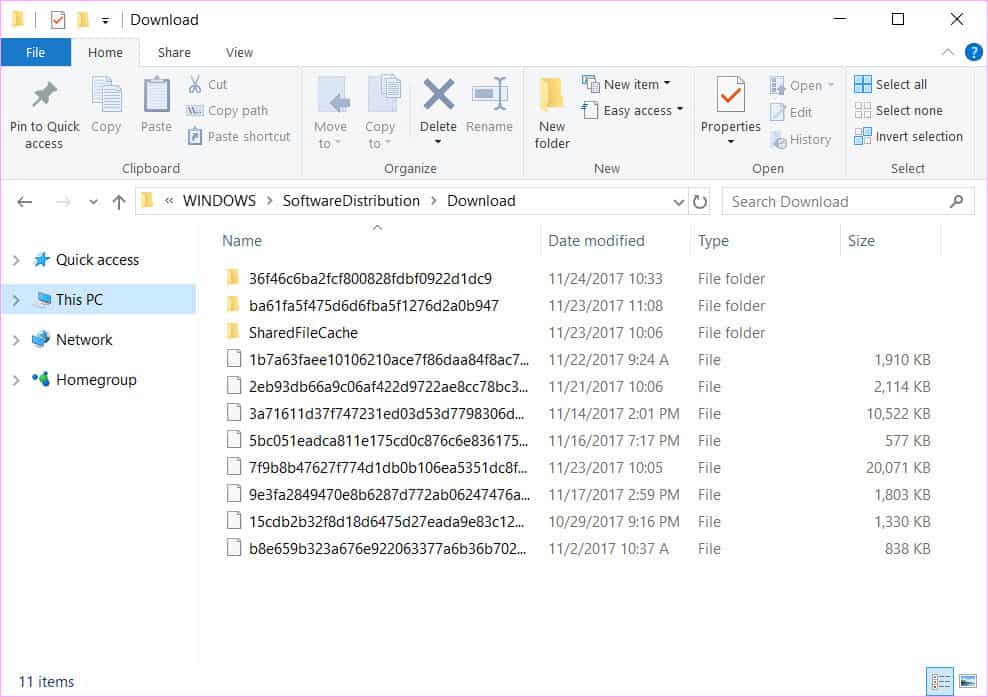 This is where all the update files for Windows 10 are stored. Delete them like any other files but keep in mind you will need administrative permissions to remove them. If the removal process doesn’t work, boot into safe mode and try to delete them again. 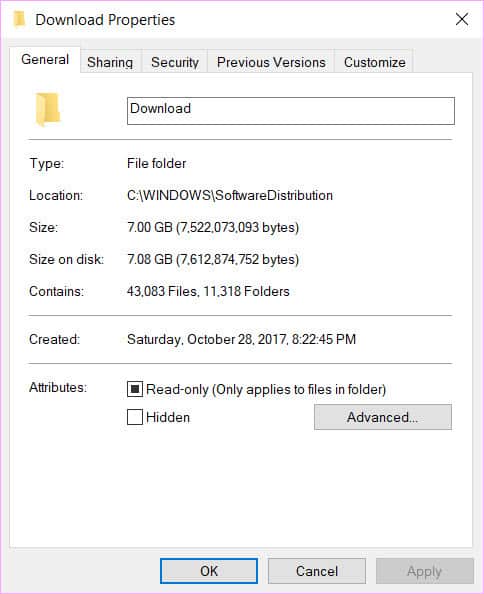 The files in the Download folder aren’t necessarily update files. Sometimes they’re files left after update installations. The only way to tell the difference is to go up one level, right-click the Download folder, select Properties and check its size.

If it’s a small size (in MBs), they’re probably residual files, if the folder is larger (usually in GBs), then they are probably update files.

If you need to delete a specific update file that has repeatedly failed to install, there is a way to identify it. Check the size of the update and find the file with the same or closest size in the Download folder and delete it. After that, the OS will download the update files again.

Keep in mind this is just a possible solution for an update that fails to install and in some cases, it might not fix the problem. However, it’s certainly an alternative worth exploring.

Don’t miss: How To Control the bandwidth used for updates in Windows 10