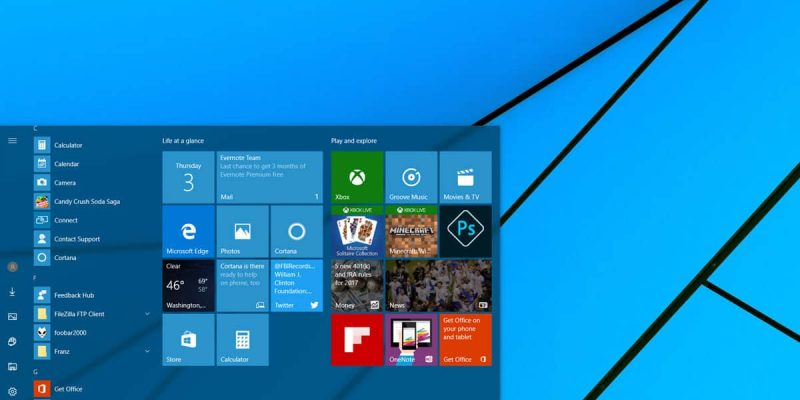 Windows 10 Anniversary Update might have brought a wealth of new and useful features but it also promotes apps inside the Start Menu which is annoying, to say the least. It is possible to disable automatic install of suggested apps in Windows 10. And yes, you were never asked for permission when they were installed in the first place.

Some of these promotional apps are popular games like Candy Crush Soda Saga and Minecraft: Windows 10 edition but also popular social apps like Twitter and Flipboard among others.

How to disable automatic install of suggested apps in Windows 10

After Anniversary Update, Windows 10 automatically installs some Windows Store apps for promotion purposes. While the list of apps on your own computer also depends on your region, the truth is you probably don’t need most of them.

There’s no stock option that lets you disable automatic install of suggested apps in Windows 10, but the problem can be solved with a simple Registry tweak.

Right-click on the Start button and select Run from the context menu. Type in ‘regedit’ and hit the OK button to open the Registry Editor. 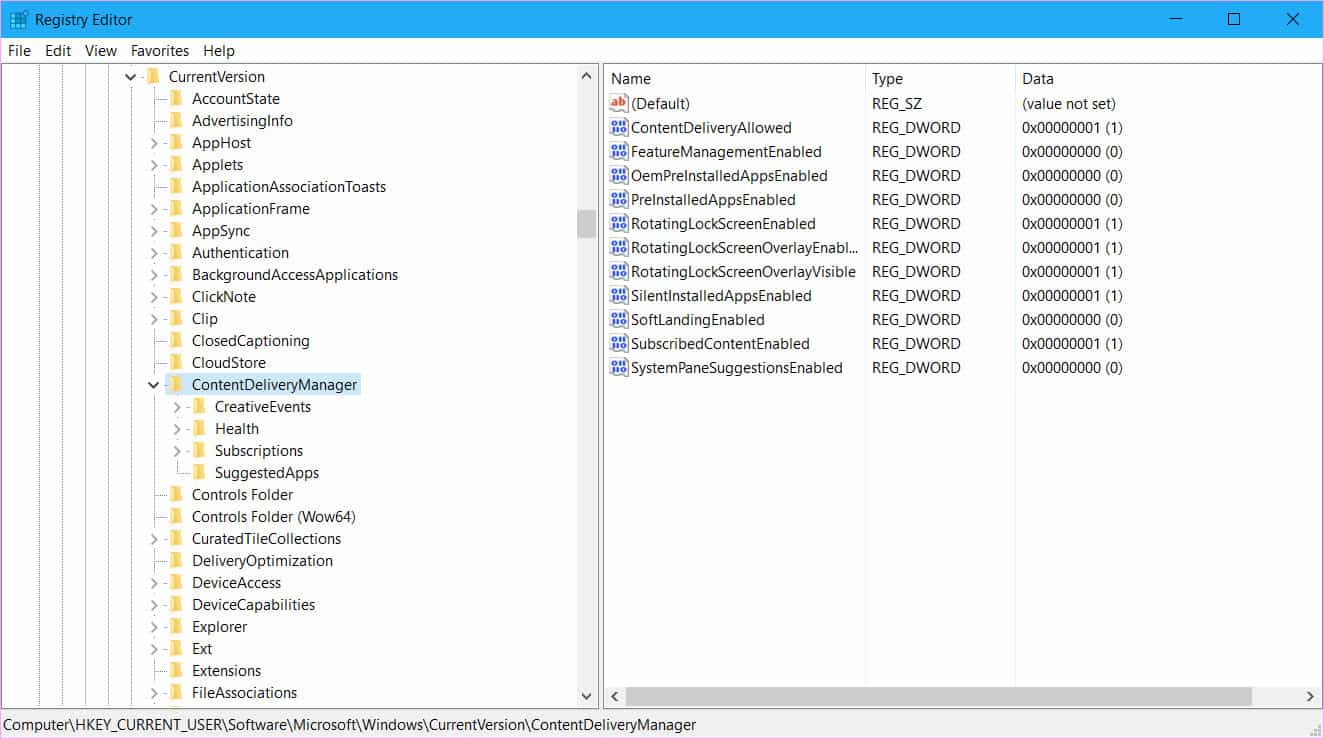 Navigate to the registry key below: 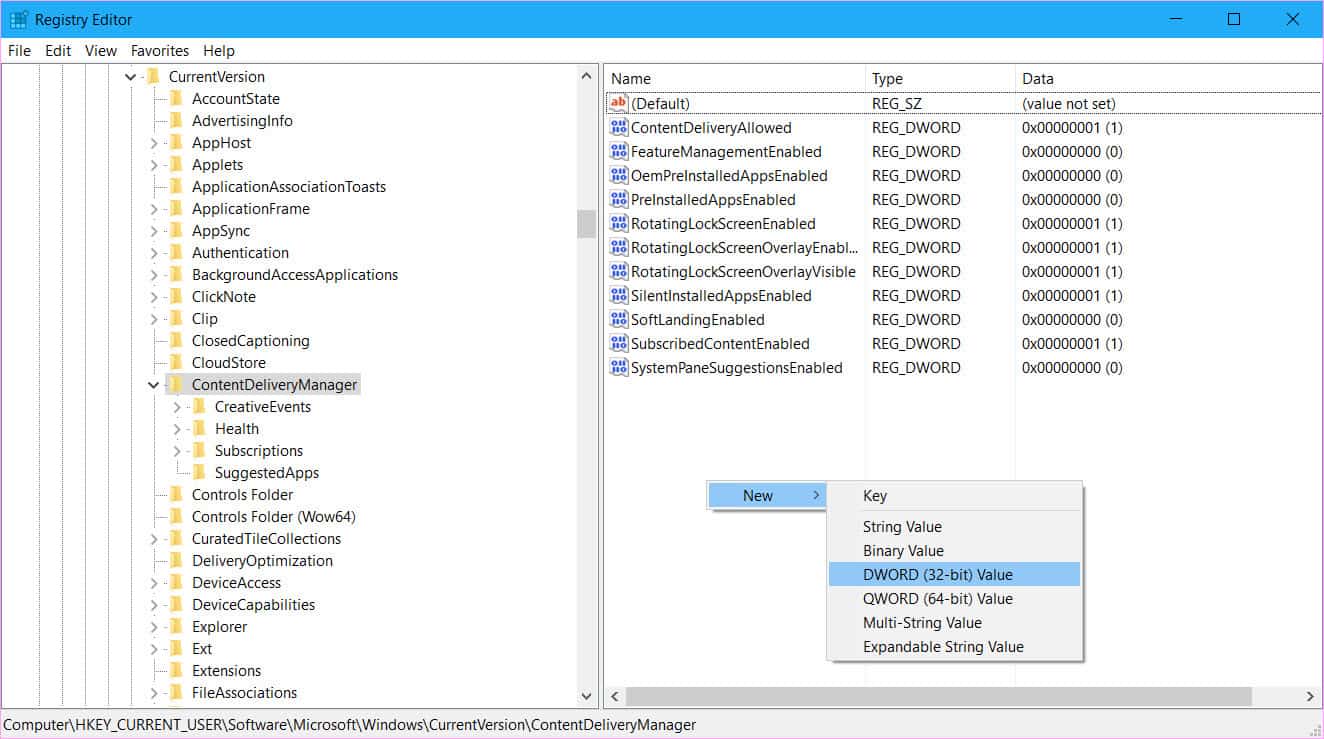 Create a 32-bit DWORD value here called SilentInstalledAppsEnabled and leave its value data as 0. In my situation (I’m enrolled in the Windows Insider Preview which could be the reason) the value was already there but it was set to 1. 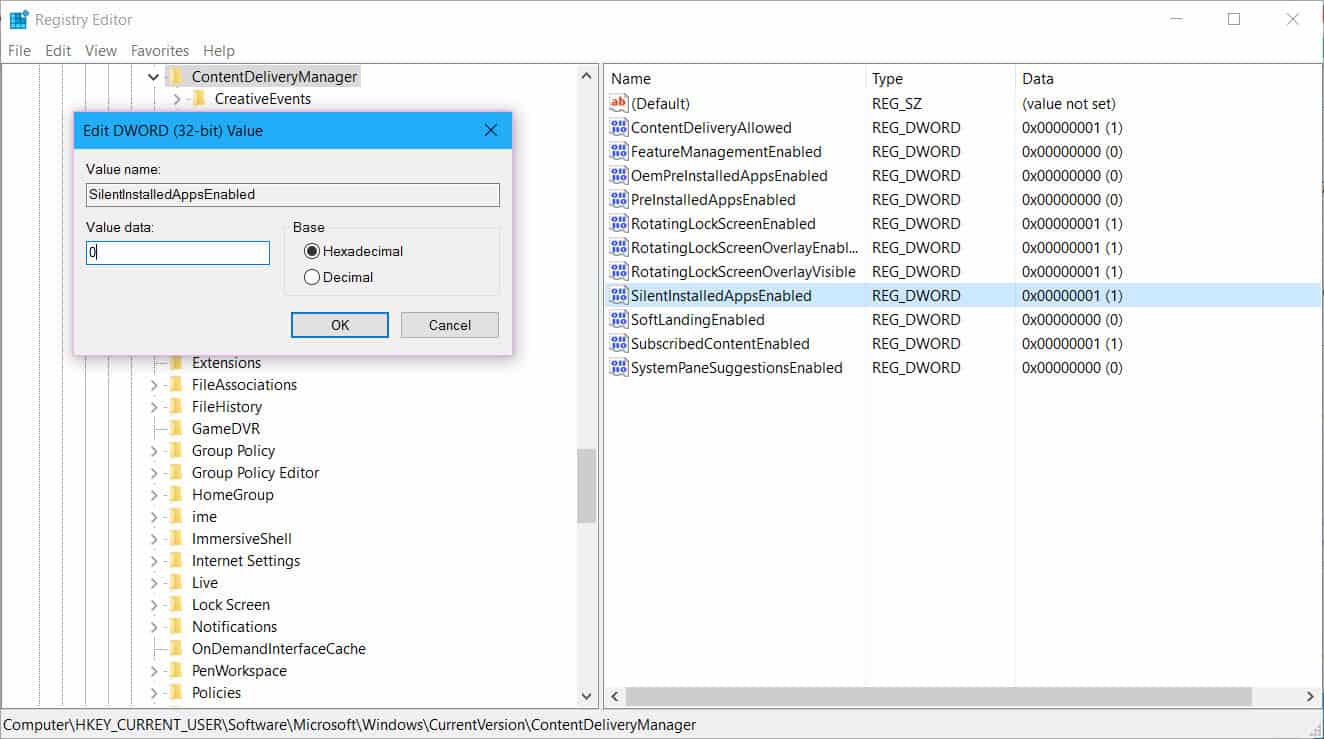 If such is your case, simply change the value to 0 and hit the OK button.

With this simple Registry tweak, you managed to disable automatic install of suggested apps in Windows 10. Now you can go ahead and remove those promoted apps which you can do from Settings -> System -> Apps & features. Click on the app you want to remove then select ‘Uninstall’ and repeat this process until you remove all the apps you don’t need.