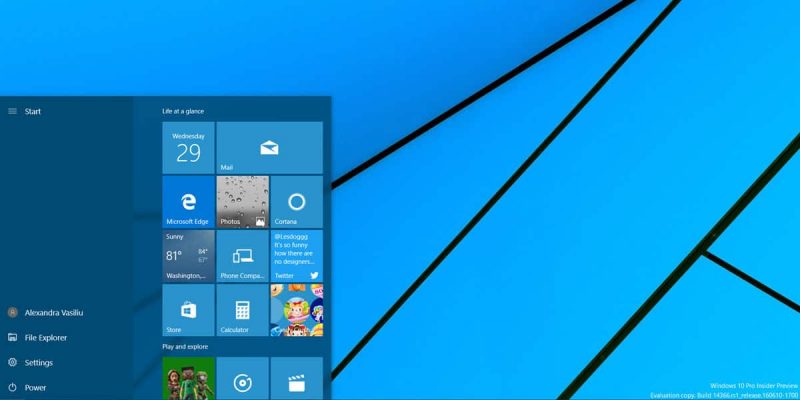 Although plenty of Windows 10 users have purchased a license to use the OS (even if they actually bought a previous version and received the free upgrade), Microsoft decided to feature promoted apps in the Start Menu. In this post, I’m going to show you how to disable promoted apps in Windows 10, since I’m guessing most of you are tired of ads and have no wish to see them every time you open the Start Menu.

Promoted apps are not actually installed on your computer,  and you can think of them more as app suggestions. They can be seen in the Start Menu as a tile, or in the All apps list, and clicking on one will simply take you to its Windows Store page.

How can you tell the promoted apps from regular ones? It’s pretty simple – they are all apps you never use and probably never attempted to open. 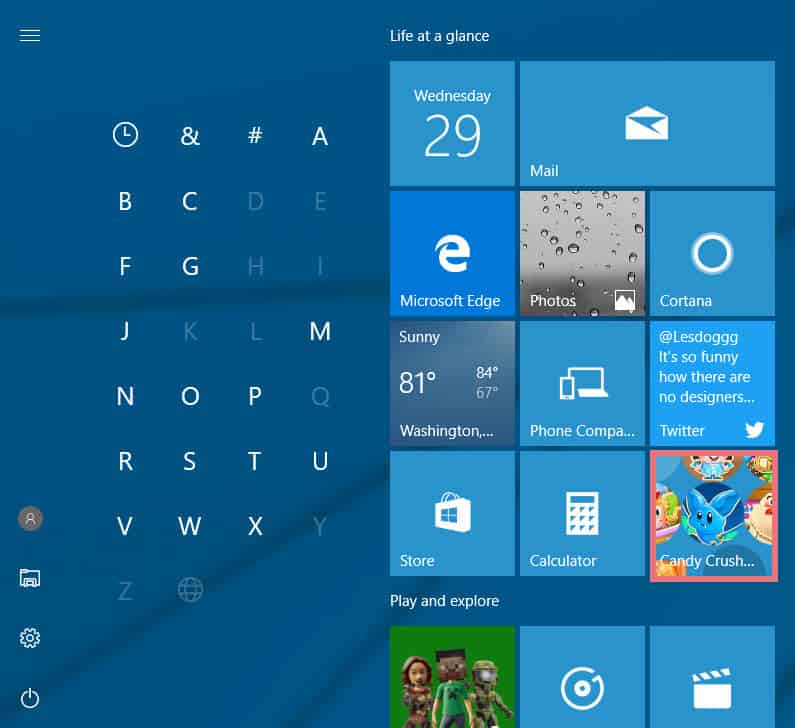 Interestingly, Microsoft has increased the number of displayed promoted apps starting with Windows 10 Insider Preview Build 14367, so it looks like things are only getting worse in this department.

No need to panic, since you can easily disable promoted apps in Windows 10, by following the instructions listed below.

Before we disable promoted apps completely, you might want to uninstall existing ones. You can do that easily by right-clicking on an app’s tile in the Start Menu, and select Uninstall from the context menu that appears.

Since some of the promoted apps are not actually installed on the system and provide only shortcuts to their Windows Store pages, it is possible that the Uninstall option is not present, in which case you just need to unpin it from the Start Menu. 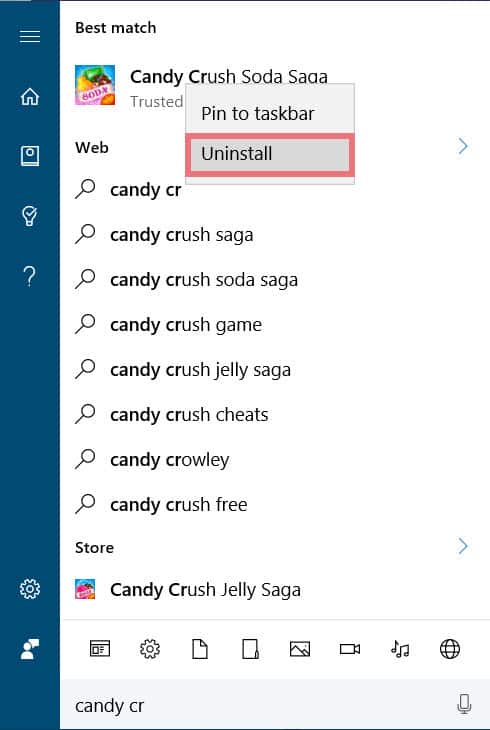 An alternative solution to remove any modern app is to search for its name with Cortana and selecting the Uninstall option after right-clicking on its listing in the search results area.

If you with to get rid of promoted apps completely, head over to Settings -> Personalization -> Start. 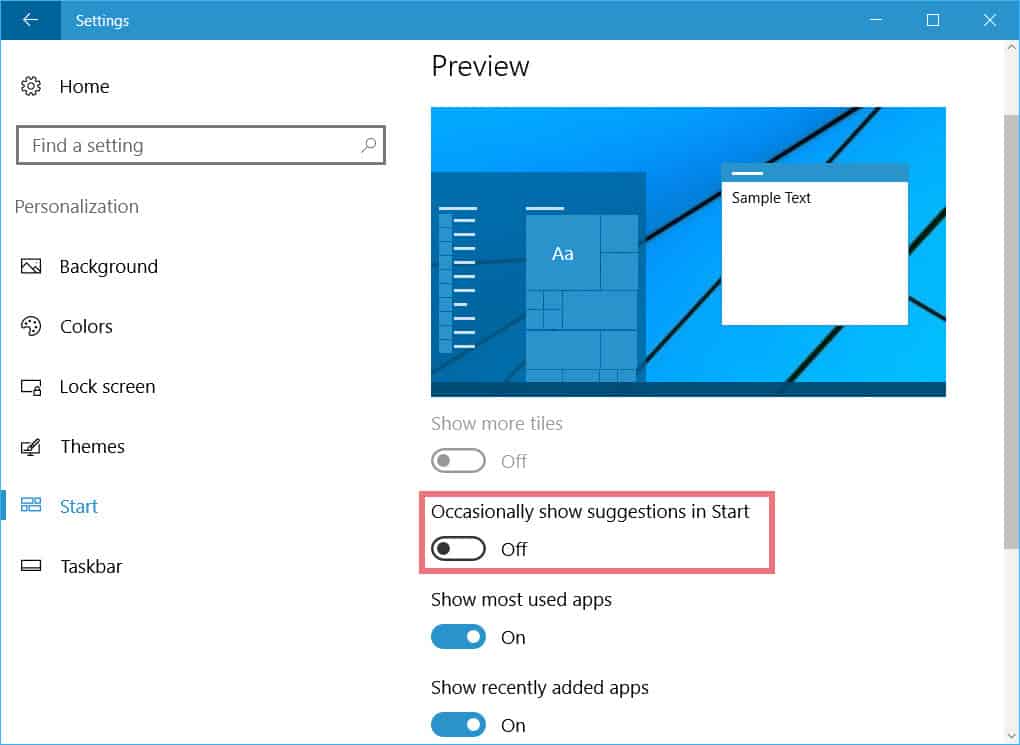 There are various options listed here, but the ones we’re interested in for this tutorial is the one called ‘Occasionally show suggestions in Start‘. Simple toggle off the switch located below this option and you won’t be seeing promoted apps in the Windows 10 Start Menu anymore.