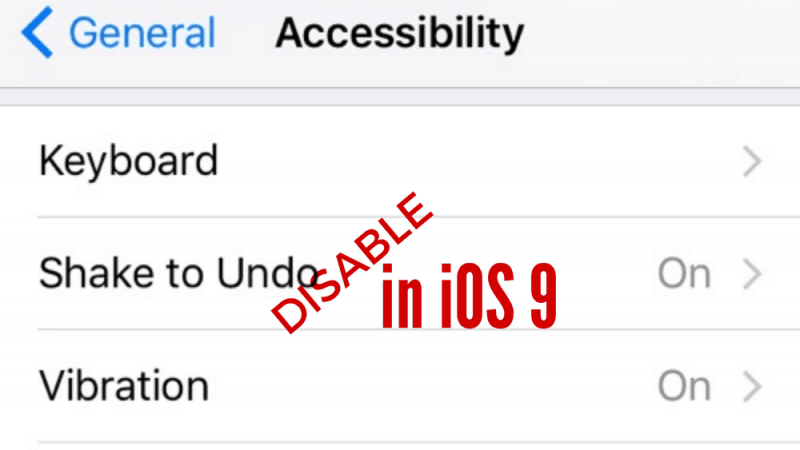 One of the nifty features of iOS 9 is that it lets you undo your typing by simply shaking your device. You can shake to undo your typing in Mail, Messages, Notes, Calendar and Contacts. However, it might be a nag instead of a helper, especially if you trigger it unintentionally. So, here is how you turn it off in your device powered by iOS 9.

You know if it’s On it will be green, if it’s Off it’s white.

Now, irrespective of where you type – on the go, or on the couch, you will be rid of the “nifty” Shake to Undo Typing. The same path is to turn it On in case you want it back some day.

Do note that this is iOS 9 feature, and here are some of the best features of iOS 9. Let us know if you have the love for the new release and its features in the comments below. And don’t forget to follow and like PocketMeta on Google+, Facebook or Twitter!