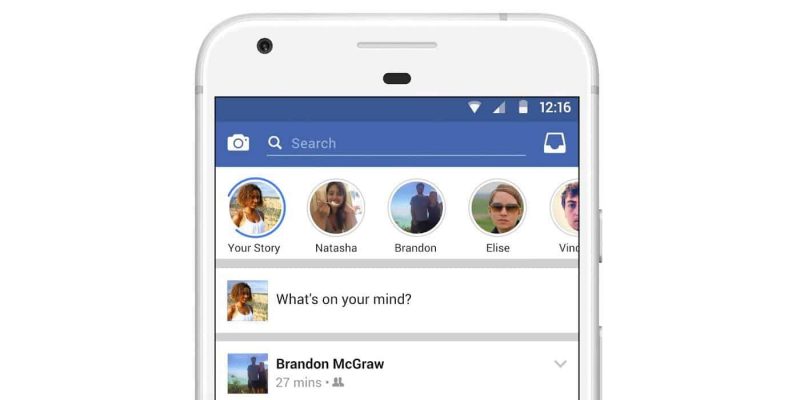 Facebook recently added the Stories feature to their app and it’s clear not all users like it. If you find the feature annoying it is possible to disable Stories in Facebook for iPhone using a tweak called NoMoreStories.

Facebook is somewhat sneaky when implementing new features as they don’t list them in the Apple Store change logs. The new Snapchat-like Stories feature seems to annoy a lot of people as it’s displayed at the top of the app. For anyone not using Stories, it’s definitely not the first thing they want to see on the screen when opening Facebook on their phones.

The app itself doesn’t provide any option which would allow you to disable Stories in Facebook for iPhone. However, if your device is jailbroken, you can get rid of Facebook’s Stories feature using the NoMoreStories tweak. 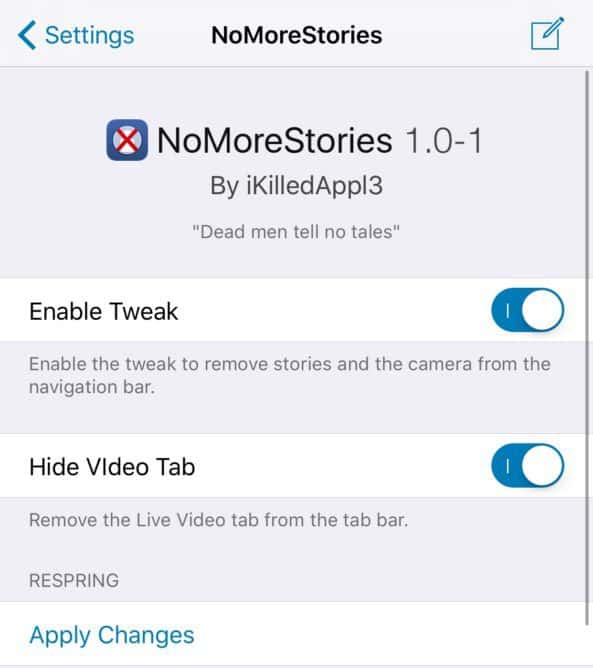 With NoMoreStories installed, Stories will no longer be displayed in the Facebook app. The tweak’s preferences pane available in the Settings app lets you enable/disable Stories as well as hide or show the Live Video tab on the tab bar.

Whatever changes you perform to the tweak’s pane, a respring will be required to apply them which can be done by tapping the “Apply Changes” button.

If you have privacy concerns regarding the tweak, you should know it has nothing to do with your Facebook account. NoMoreStories simply changes the Facebook app installed on your iPhone. As a result, if you log into the Facebook app on another device which doesn’t have the tweak installed, you will start to see Stories again.

If you’d like to give NoMoreStories a try, you can download it for free from Cydia’s BigBoss repo. It supports all jailbroken devices that have the latest version of the Facebook app installed.