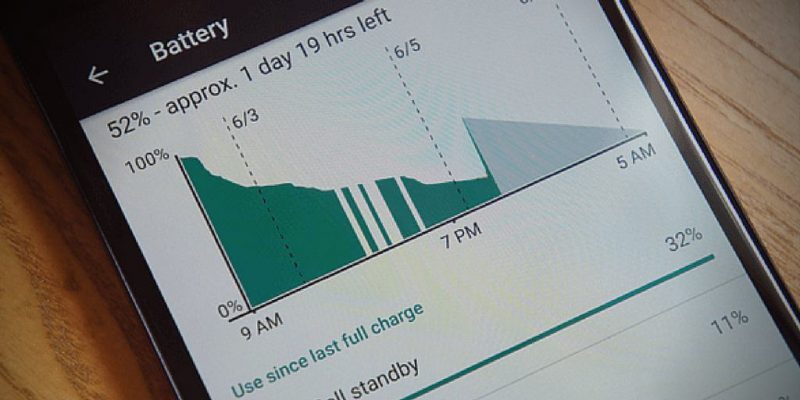 Android Marshmallow came with a significant improvement regarding the battery life of devices running it. It’s called Doze and the name is quite suggestive – this feature monitors your phone and puts it to sleep when it’s idle. At least that’s the short version of what it does.

The new Doze feature works out of the box, without you having to actually tinker with it (although you can, and we’ll get there shortly). All you need is Android Marshmallow on your device.

For Doze to activate, your phone must be idle – and by that we mean sitting still and with the screen off. As a real life example, Doze won’t be enabled while you’re walking down the street with the phone in your pocket, but it will if you leave it still on your desk. If you trigger any of your phone’s sensors or touch the screen or buttons, Doze won’t turn on.

If you manage to leave your phone unmoved and untouched, after a while, Doze mode kicks in. Most apps and services will go to sleep but not all of them. It’s all a matter of priorities. Stuff like SMS messages and phone calls will get through and as a result Doze mode will be disabled. The apps that can wake your phone are classified as “high priority”.

Technically, developers could bypass the system by declaring their own apps as high-priority. However, Google already saw this coming and as a result all high-priority notifications which don’t come from your carrier network need to pass through a Google Cloud Messaging server. When a certain app tries to abuse the system, which obviously prevents the phone from dozing as it should, the company can stop it.

But don’t confuse Doze with some kind of Do-Not-Disturb setting. You’ll still get notifications from third-party apps while the phone is idle but they’ll be retrieved during what Google calls an “Idle maintenance window”. Once all available notifications are aquired, your phone will quickly return to dozing.

So far, Doze is offering much improved standby battery life. It’s not perfect as it doesn’t handle all battery drainers like your phone searching for a better signal while you’re on a poor connection for example. But it does make a significant difference. And furthermore, you have the freedom of disabling Doze for specific apps.

How to turn off Doze mode for certain apps

Now that you know how Doze works, you can make an informed decision as to which apps you want to exclude from the process. 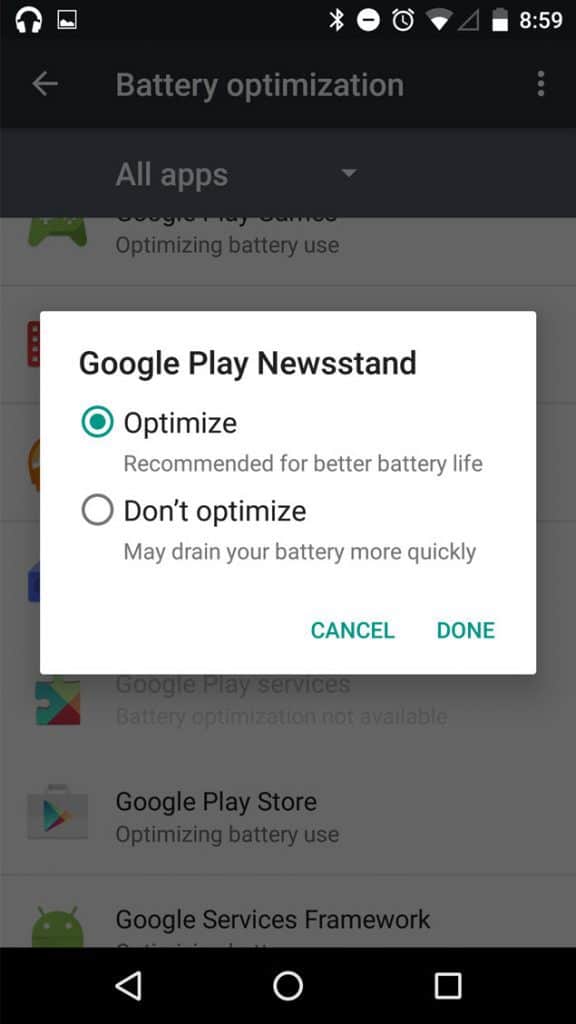 Now you’ll be able to see the complete list of apps which have Battery optimization enabled (aka Doze). For those apps you want to run unchecked, simply tap on them, select the Don’t optimize option and then tap on Done to apply the changes.

Is Doze making a difference on your phone regarding battery life? Have you disabled Battery optimization for some of your apps? We’re always excited to hear about your own experience, so drop us a line in the comments section below or send us a message on Facebook, Twitter or Google+.