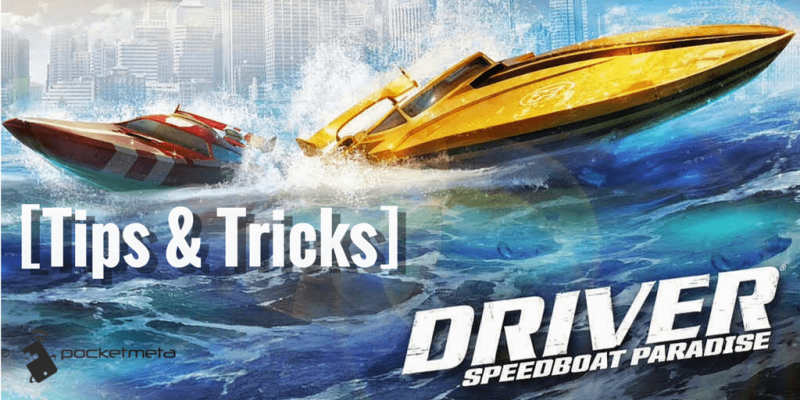 Speedboat racing certainly brings a unique twist to the game genre and the latest game from Ubisoft in the Driver series was released this month for Android and iOS. Driver Speedboat Paradies has polished graphics and uses the freemium model so you can basically play it for free, but at the same time you can spend a ridiculous amount of cash on IAPs, if that’s what you really want to.

The upgrades in this game aren’t solely focused on the speed boat itself. You can also improve your lifestyle such as purchasing better clothes and more expensive houses to unlock superior speed boats as you’re racing and (hopefully winning) various competitions.

You don’t really need to invest money in the game to get your daily adrenaline fix while riding the waves with your speedboat in exotic surroundings, but there are a few strategies you can use to win more races, money and get more sponsors.

Earn all the stars you can 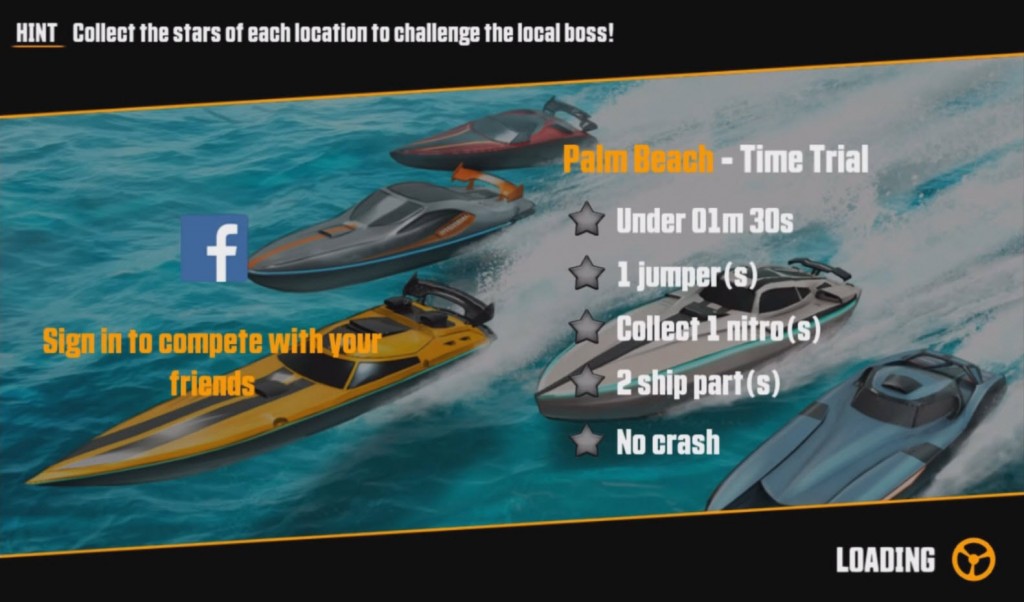 There are 5 objectives you can complete in every level. They are not mandatory, but the reward is worth the effort. You’ll have to achieve various goals like get the 1st place, no crash and stay under a certain time to complete the race. Since each star you gain also gives you a $1,500 prize you should definitely focus on completing these objectives.

If you collect all the stars of a location you get to compete against the local boss. Furthermore, a certain number of stars is needed to gain access to the next stage – so you really need those stars, whether you like it or not.

Every day, the game gives you an optional timed mission that you can compete in (you can find it in the mission tab, above the star missions). Completing such a mission will yield rewards, but if you fail one, you’ll have to wait for a certain amount of time to “recharge” and only then will you receive a new one. For this reason, it would be wise to assess the mission and enter it only if you feel like you have a chance to finish it.

Nitro lets you crash into adversaries 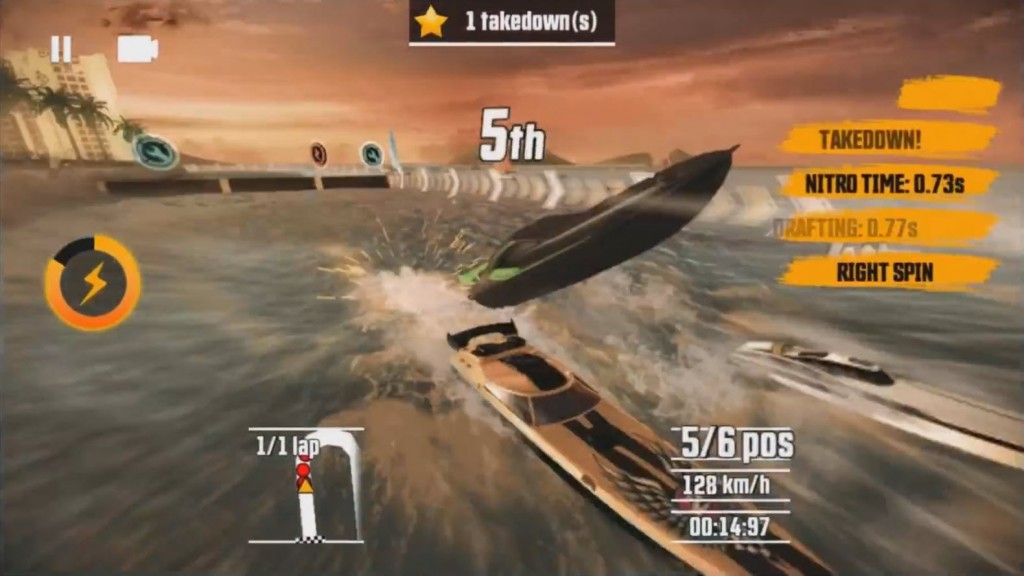 Nitro boosting is explained in the game’s tutorial and it shows you how you can use it to smash into some police boats. However, you can do the same to any other boat you come across during races. You don’t need to nitro-smash other boats all the time, but it can be very useful when a particular opponent seems determined to stay ahead of you.

Bonus tip: Nitro can be activated even if it’s not completely charged.

Work out a good deal with your sponsor

After you complete a few levels in the Miami stage, the first sponsor is going to show up. His initial payment offer is going to be an hourly rate of less than $40 – don’t take it! You can claim more money and your first request has a very high chance of success so it’s definitely worth taking this small risk.

Nevertheless, subsequent demands will have lower chances of success and negotiations also become more difficult with each new sponsor you get so you’ll have to factor this in every time you consider asking for more money. 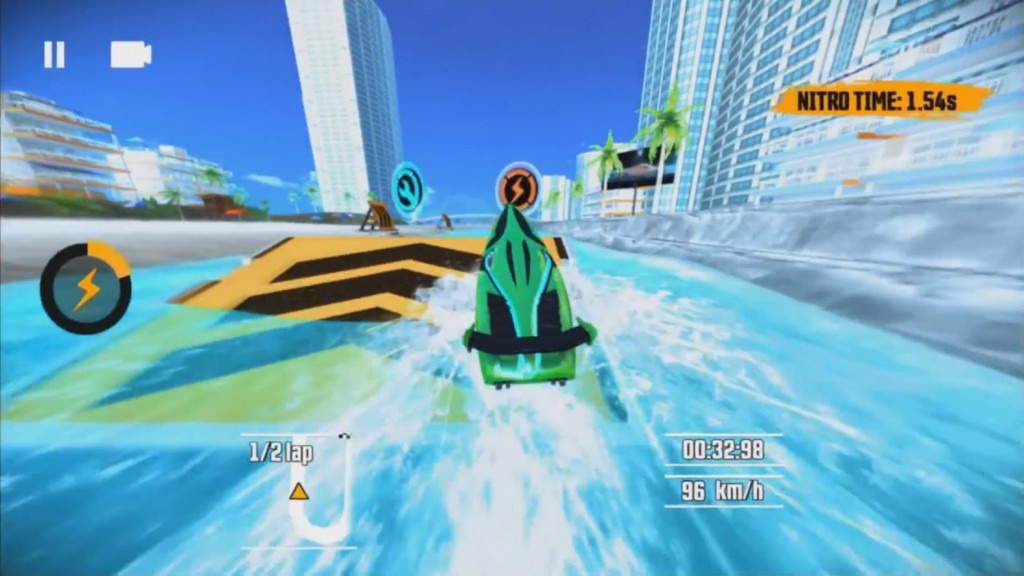 In some occasions, when you go off a ramp, you’ll have to choose between collecting a ship part or  a nitro boost. As long as you have space, you’ll want to take the ship part more often than not – it’s what you use to upgrade your boats (and you need to start doing this early in the game if you want to have a good chance at winning races).

Of course, there can be exceptions, in which a nitro boost can be really useful, so don’t hesitate to take it, if that’s the case. Just don’t make a habit out of it.

Out of nitro? Draft to fly past competition 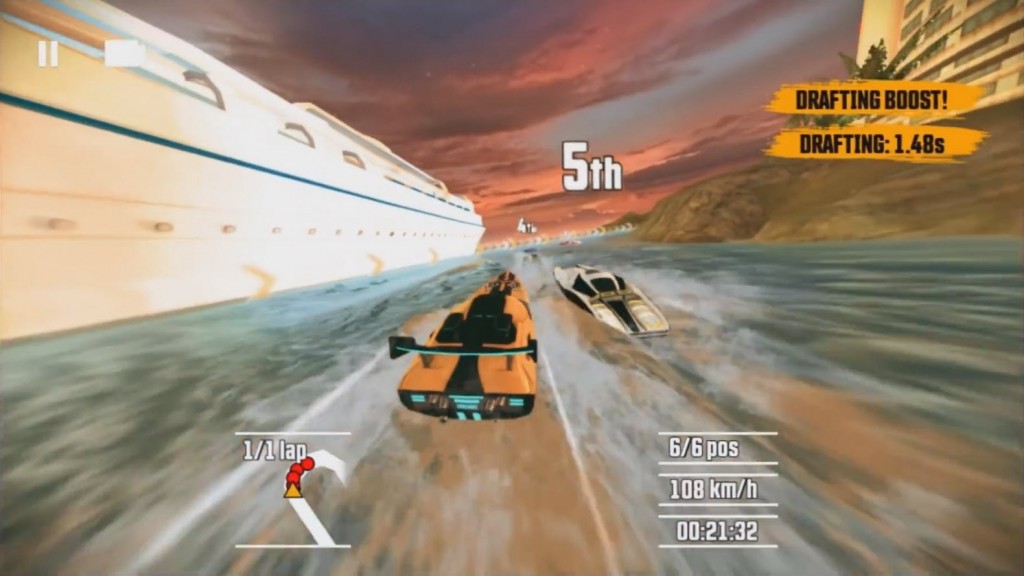 If you played other racing games that are at least closely remote to reality, you already know you can draft behind a rival and get that speed push you need to surpass them.

Drafting exists in this game too, and it’s a neat trick to pull off, if you don’t have any more nitro at your disposal for a speed boost. Just race behind the opponent, and you’ll be awarded with drafting points if you manage to stay there for a while. When the screen gets a blue-ish hue you can use the speed boost and go past your rival.

Do you enjoy playing Driver Speedboat Paradise? Are you playing the game using your skills alone or you sometimes rely on purchasing in-game packs and/or currency to help your progress? Also, let us know in the comments what other cool tricks and strategies you are using to succeed in the game.

Follow us on Pinterest, Google+, Facebook and Twitter to receive our latest apps & game reviews, news, tips and how tos for Android, iOS and Windows Phone. You’re also welcome to join the Pocketmeta forums for some more mobile games discussions!