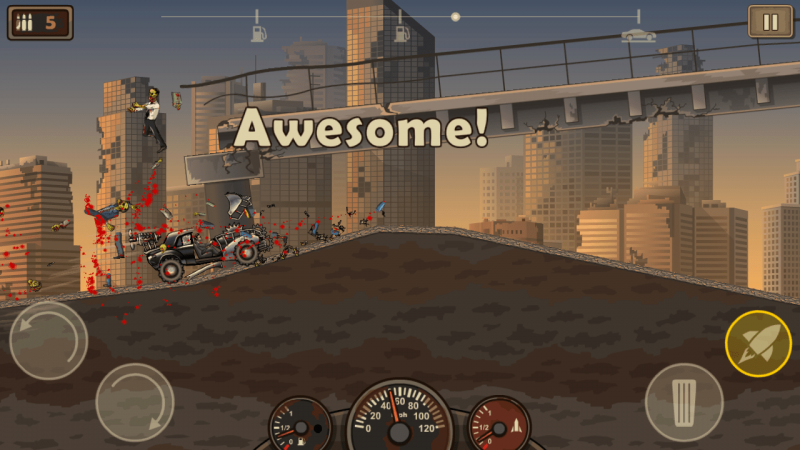 Not Doppler’s Earn to Die 2 (Android, iOS) has already seen millions of installations in mobile devices as fans of the zombie genre and this title in particular show that killing zombies in a moving machine of death is extremely fun at all times. While the gameplay is pretty straightforward, there are some tips that can improve your game so join me while I go through them.

As you probably already know, stopping for whatever reason will end the current level. The accelerate button is the most important one and you should never move your finger too far away from it. However, you should take it easy when going downhill or when on the air because the physics system will take care of everything for you. The decision between conserving fuel or going faster is a crucial one but unobstructed paths are prime opportunities to take it easy with acceleration.

Use the rotation buttons sparingly 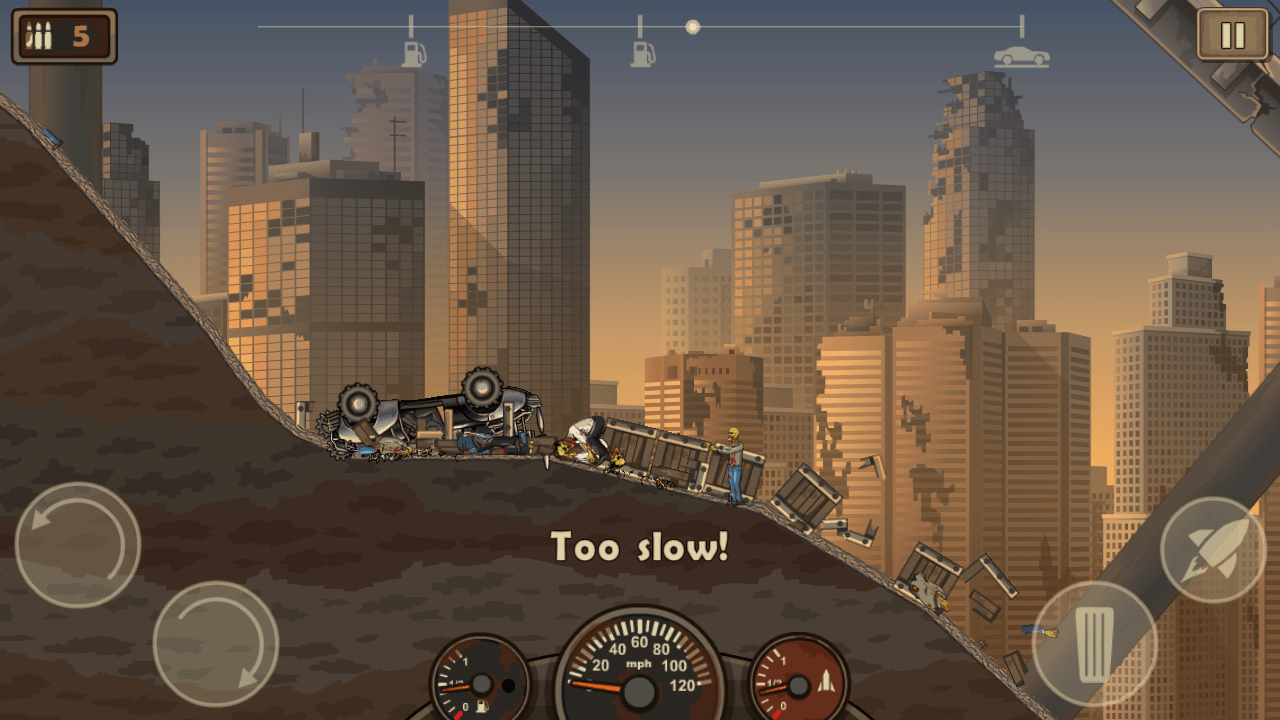 Because Earn to Die 2 is a physics-based at its core, the rotation buttons are extremely important. Light touches are instrumental in letting you climb hills, crash through obstacles and kill those nasty zombies. If you are not careful, however, your car can easily flip and there is a very good chance you will damage a part. This is especially true in certain locations like tunnels as my trigger-happy fingers got me stuck in more than one occasion with my car backwards and my dreams crushed. Do not let the same thing happen to you.

Learn about the upgrades… 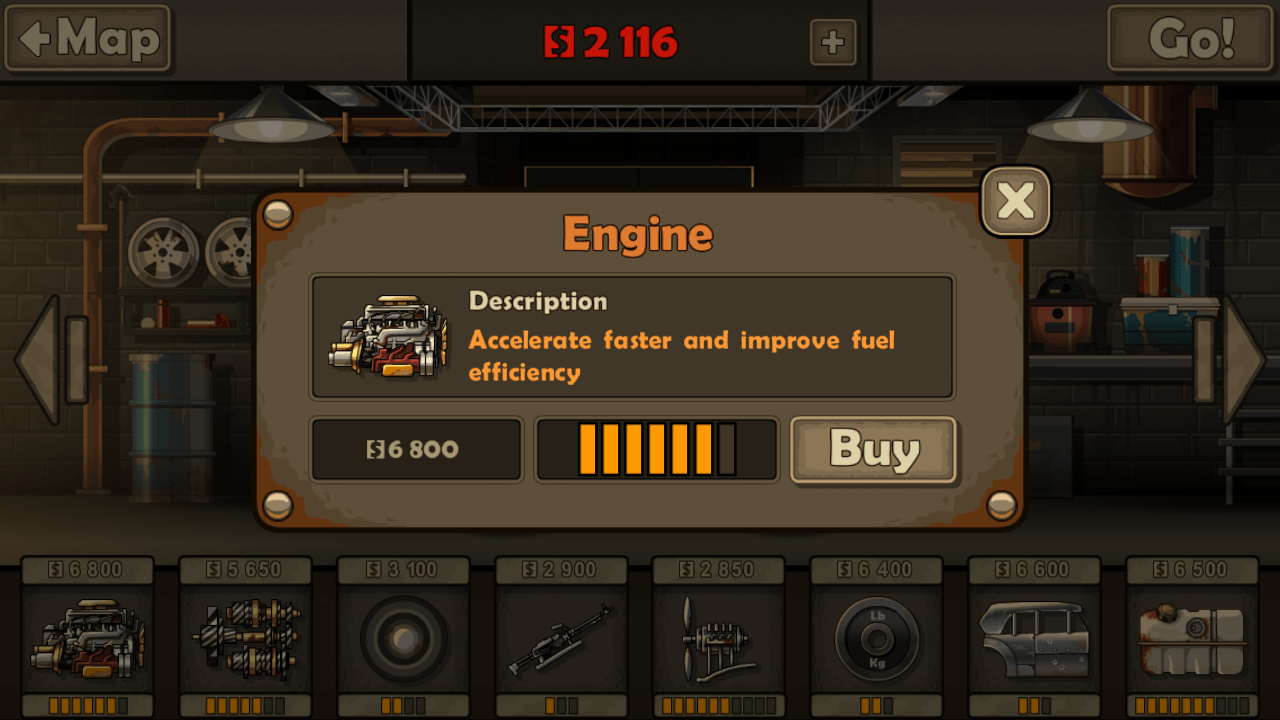 …but don’t worry too much!

Something you will quickly learn about Earn to Die 2 is that the game only expects you to reach the end line when your vehicle is close to being fully upgraded. If you have invested heavily in certain upgrades and still cannot reach the end, you should not worry as it will happen over time when you get more cash and all the smaller upgrades. The key is to upgrade the important parts first so that you get more money quickly but other than that there is no point in fussing over it. 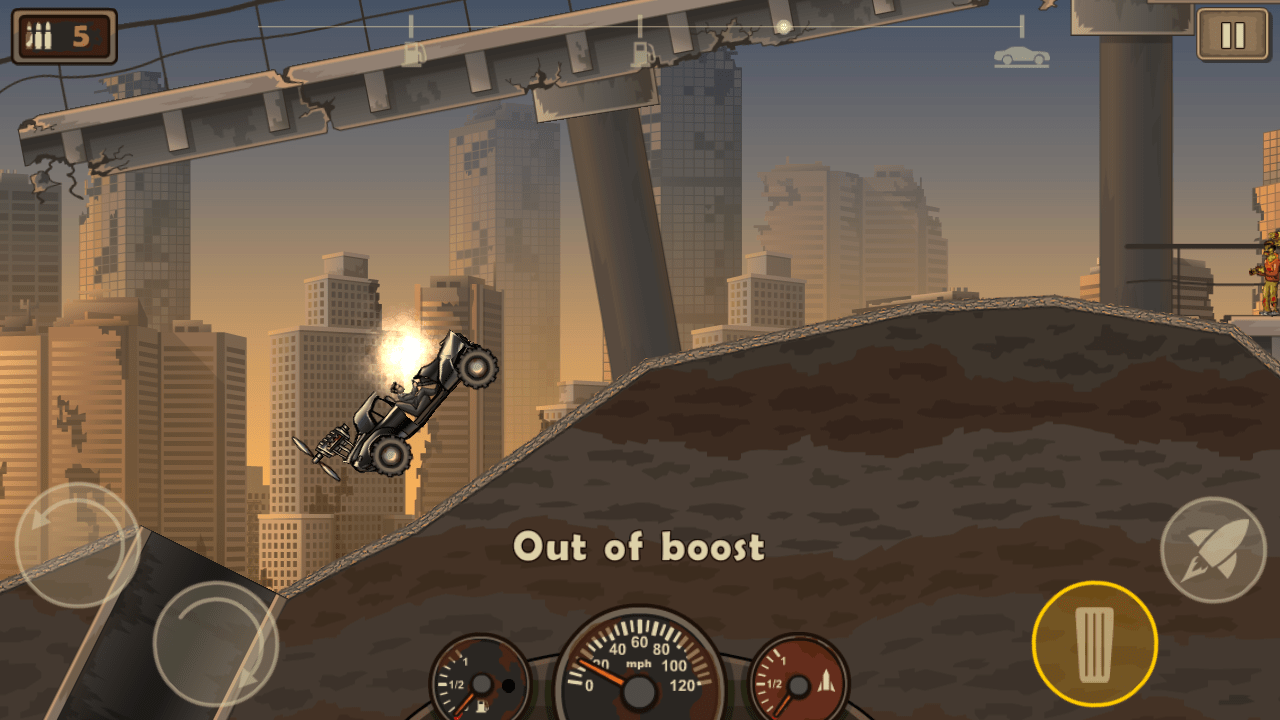 Knowing when to use your boost can mean the difference between reaching a checkpoint and failing spectacularly. When you want to jump to a ramp, use your boost. When you make a mistake and there are a ton of obstacles that will slow you down even further, use your boost. Whenever there is a tight spot that you are not sure about, use your boost. You should not be afraid to take advantage of the booster, especially since upgrading it is so cheap. Though many will advise against relying on the boost, I think the game would be much less fun without it, even if you only use it in important situations. 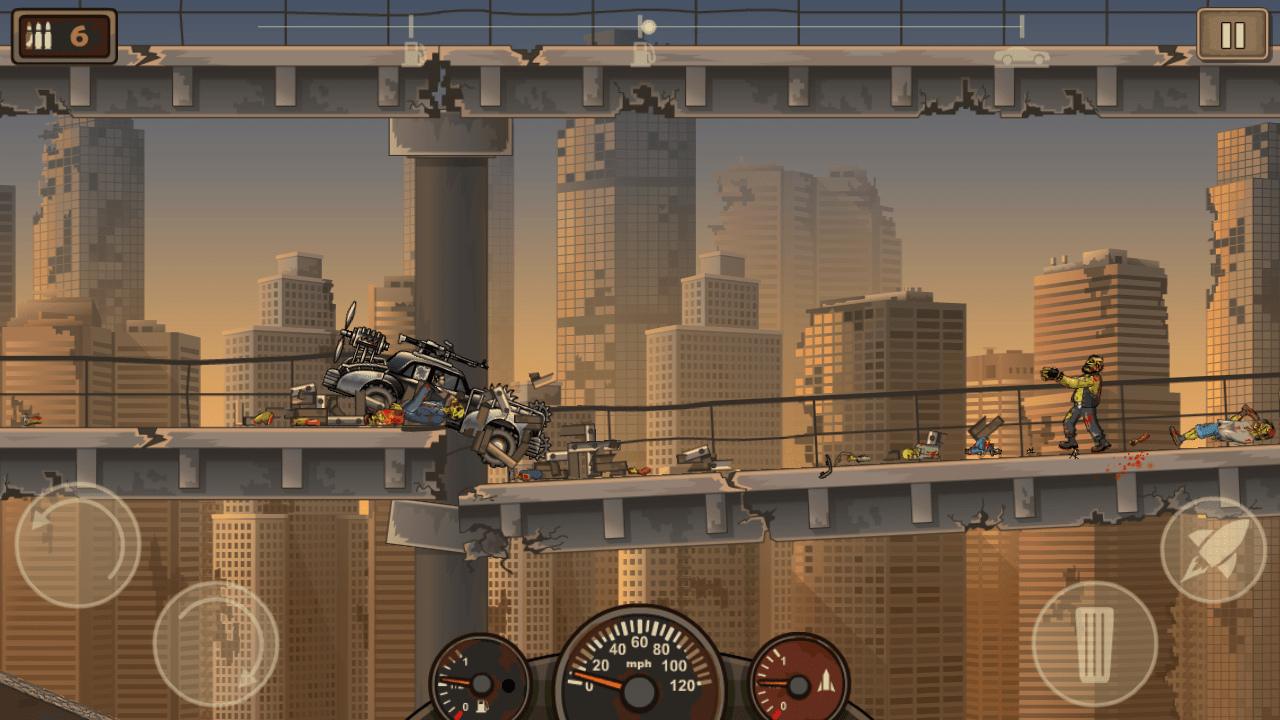 When I first started playing the game, obstacles were my Achilles’ heel, the kryptonite to my super-powered death machine. Over time, however, I learnt that you can easily get yourself through most obstacles no matter how dense they are as long as you can put your rotation buttons and boost to good use. When there is a group of boxes, make sure that you rotate your vehicle slightly backwards or forwards depending on the terrain and you will crash through them with a minimal slowdown. When you see lines of wood blocks, rotate a bit backwards and you can simply drive on top of them instead of crashing through them all as that will slow you down significantly. Finally, try to avoid obstacles whenever you can. High roads combined with boost will give you a much better chance of avoiding them so try to go that way whenever possible.