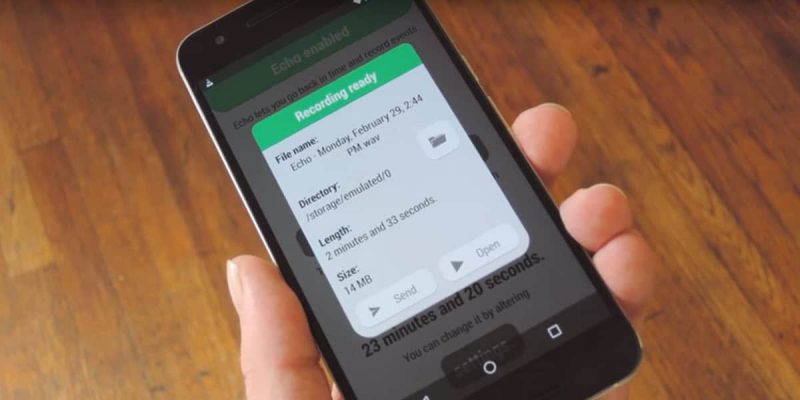 Perhaps modern technology is being used way too often for privacy intrusion, but sometimes recording surrounding audio can serve higher purposes.From storing an audio recording of an important class or conference talk to capturing nature sounds,

From storing an audio recording of an important class or conference talk to capturing nature sounds, a simple app called Echo lets you do that with your phone and no other special equipment needed.

While the app can be downloaded from the Play Store, that version is not actively developed anymore. You can, however, download the updated app via the F-Droid Repository (link below) and if you never downloaded anything outside Google Play, there’s no need to worry, security-wise.

F-Droid is a trusted app store containing numerous free and open-source apps. We talked a bit about it in our roundup containing the best app store alternatives to Google Play.

Since the app is downloaded from outside Google Play, your device needs to be configured for sideloading before you can download it. If you’ve already done that, simply skip this step. Otherwise, open the Settings app, and go to “Security” or “Lock screen and security” and enable the “Unknown sources” option. 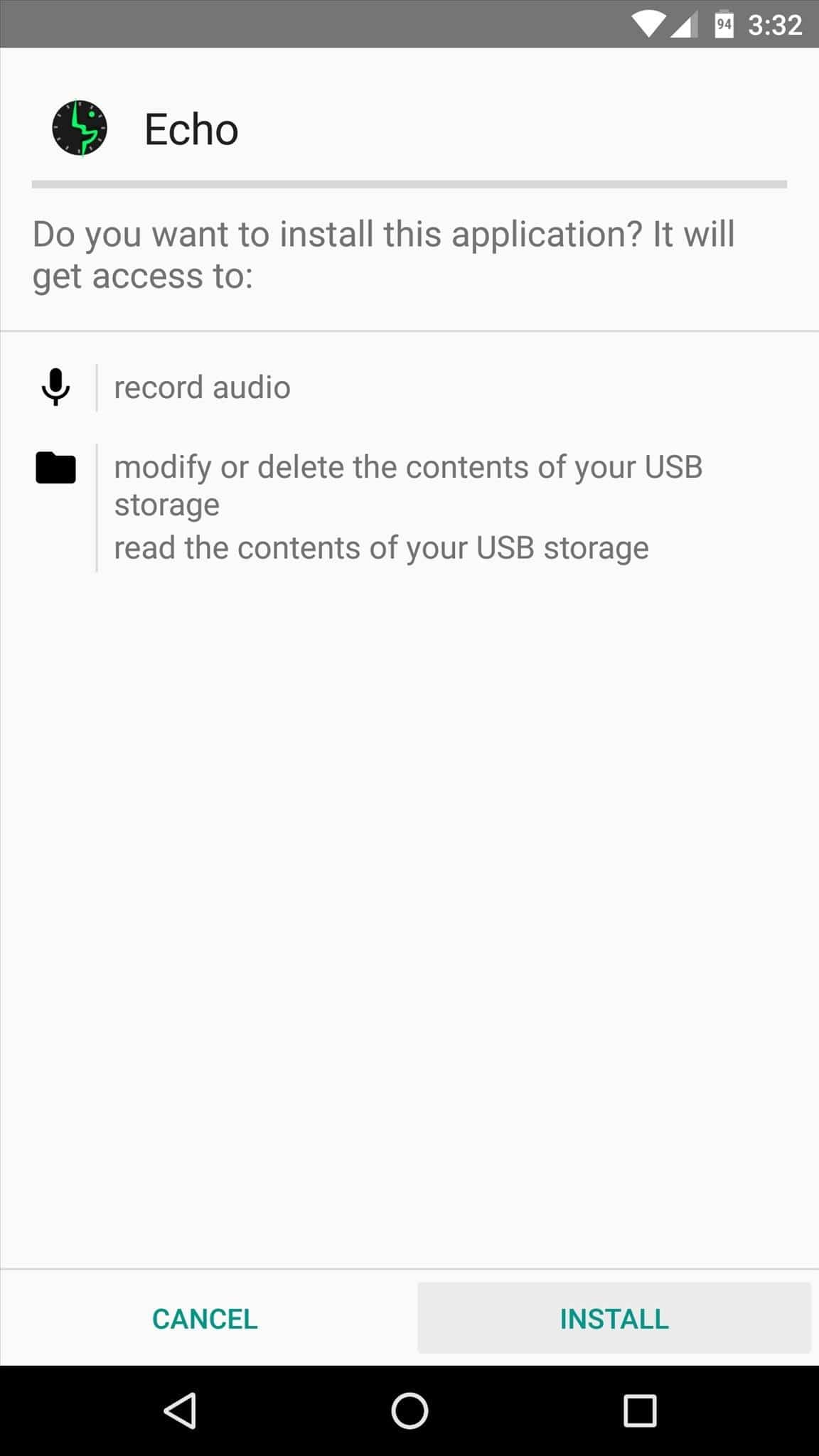 After Echo finishes installing, open it and toggle on audio recording. The feature works out of the box with no special configuration required and will record all audio surrounding your device, 24/7.

Nevertheless, this doesn’t mean there are no setting available. Firstly, you should know Echo stores a rolling recording of all audio for a set period of time, and when it reaches the end it will start recording over the file, starting from its beginning. You can adjust this function from the app’s Settings in two ways – lower the sound quality and/or increase the system memory in use. These options will make the rolling recording longer.

You should know Echo works even while your phone’s screen is off and saves the recording as a WAV file, thus you’ll need a compatible player to listen to it.

You can save a recording from Echo’s main screen and you have three options available, depending on how far back you want to go. Each button has the length of the recording you want to save marked on it, so choose whichever you need.

After you select the length of the recording, you can send the recording to someone else, by tapping on the ‘Send’ button. This opens Android’s sharing options along with all the apps you can use for this purpose.

The app works flawlessly, although you can expect some battery drain. Nothing too dramatic, but still, Echo will record 24/7 – it may be optimized but such a feature does require some of your phone’s resources. Also, be aware the app won’t let deep sleep mode to enable on your device, which may lead to further battery loss.