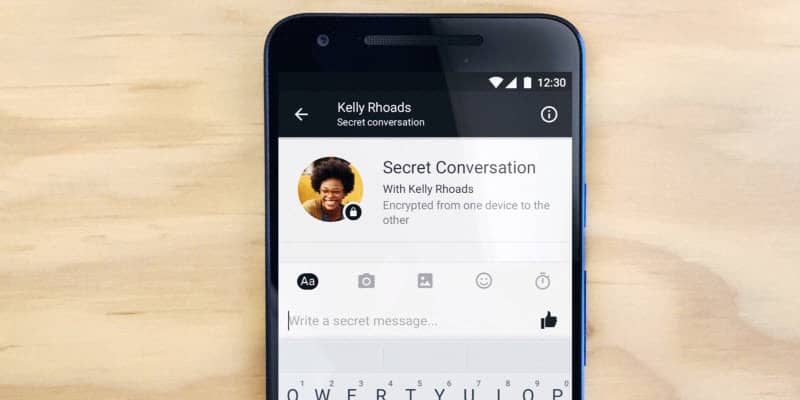 Facebook Messenger is now more secure thanks to end-to-end encryption. The feature was first made available in WhatsApp last spring, and now it’s available to all Facebook users.

If you choose to enable end-to-end encryption in Facebook Messenger, your conversations will be encrypted from one device to another and inaccessible for everyone else.

The feature is called Secret Conversation, and as expected it’s very easy to use.

There are two ways to enable end-to-end encryption in Facebook Messenger.

You can activate the feature directly in a conversation. To use this method, open a conversation in the Messenger app, and tap on the “I” circle icon in the upper left side of the screen. 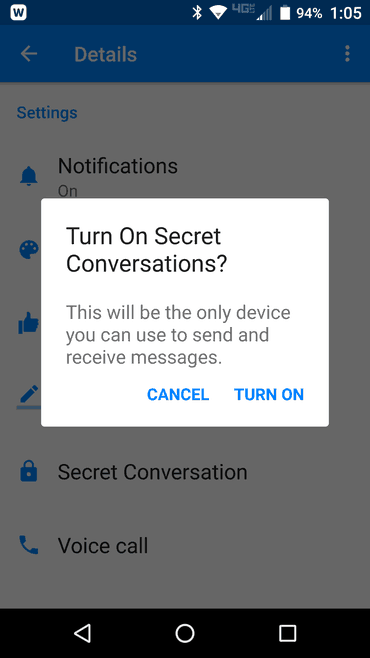 The second way to do it, is directly from Messenger’s main screen. Tap on the “+” symbol then on the lock icon and choose the contact you want to chat with.

That conversation will be encrypted and you need to use one of the above methods for each new or existing conversation you want to encrypt.

Messenger also got a bit “snapchatty” so to speak. Secret Conversation also has a timer option. If you tap on the clock icon above the text field you can select a time until your message expires. Once the time runs out, the message will be automatically deleted.

For now, there is no way to disable Secret Conversation once you enabled it. The only solution is to delete the encrypted conversation thread and start a new one without activating the encryption.

There’s also a small downside to encrypting a conversation. You can only communicate in this specific thread from the device you used to enable the encryption. Even if you’re logged in with the same account, if it’s a different device you will need to create a new Secret Conversation.

Also, be aware the encryption works for messages, photos, and stickers but it doesn’t support group messages, GIFs, videos, payments, and voice or video calls.