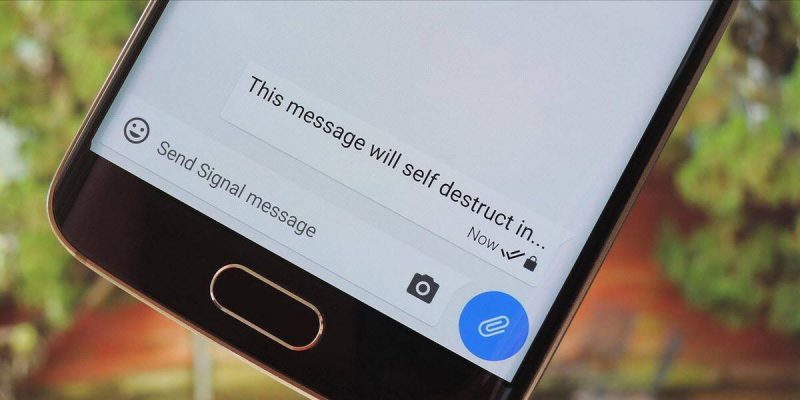 In the online environment, it’s extremely difficult to maintain your privacy. Not that it would be impossible, it’s just that you’d have to make a lot of compromises – like staying away from various apps, social networks and online services, besides the security software you need to have installed on your devices.

At least in some areas, keeping things private is not so difficult, at least if you’re using the proper tools. For example, an app like TextSecure was designed to encrypt all messages and their media attachments that were sent to other TextSecure users. The app developed by Open Whisper System was very reliable and they had another app called RedPhone designed to encrypt calls the same way TextSecure did with messages.

Recently the two apps have been merged into a new product called Signal. This app secures both calls and messages, it’s free and very easy to use. I find it very convenient that it offers high-end encryption for all communications performed on your Android with no need for advanced technical skills. Let’s see how you can quickly set up Signal to keep your calls and texts private.

Before you visit the link below to install Signal on your phone, you should know it will install as an update if you already have TextSecure on your device. And if you’re using RedPhone you might want to uninstall that one, since Signal bundles all of its capabilities. Why have two apps when you can have just one?

By the way, Signal is also available on iOS – in fact it was released months before the Android app, so you can use it on Apple’s mobile platform as well.

Then, Signal will give you the option to set it as the default SMS app. For the purpose of this guide, tap on ‘Yes’. The next banner will prompt you to import existing SMS messages in the app – just tap on it if you want them to be stored in Signal. Also, you can export text messages from the app at any time as a plain text backup file from its Settings menu.

Now that Signal is up and running, you should know calls and text messages sent through the app are only encrypted if both parties are Signal users. Luckily, the app lets you know if the contact you’re about to communicate with is using Signal as well or not.

To send someone a message via Signal, tap on the floating action button and select a contact from the list. 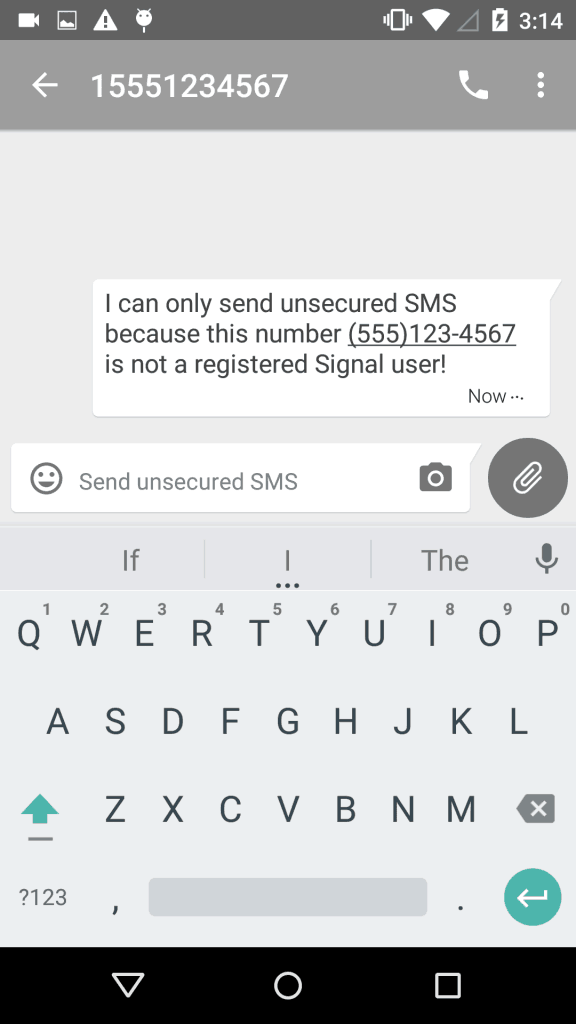 In the message’s text field you can see the ‘Send unsecured SMS’ if the other person doesn’t have Signal installed. However, before you decide to write an unsecured SMS, the app displays a banner that lets you send an invitation to download Signal, to the other party. 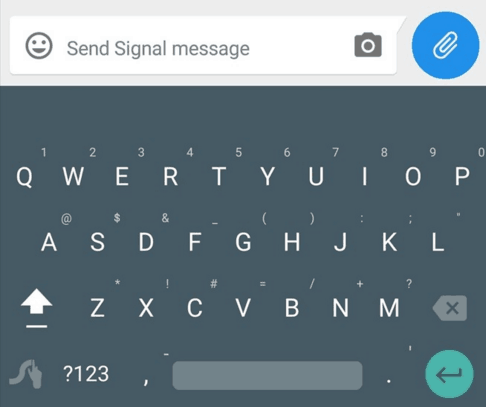 If the recipient is also using Signal, in the message’s text field you will see the text ‘Send Signal message’. Alternatively you can make a call using the phone icon displayed right next to the contact’s information, at the top of the message screen. Just like for messages, calls are encrypted only if both parties are using Signal.

As far as I know, messages are also encrypted between a Signal user and a TextSecure user, and the same goes for calls made between Signal and RedPhone users since the old apps have not been discontinued yet.

Have you ever used TextSecure/RedPhone? If yes, don’t hesitate to give Signal a try and then come back to let us know how you like the app. Share your feedback in the comments section below or drop us a line on Facebook, Twitter or Google+.