Eternity Warriors 3 has some epic boss battles, and without the proper knowledge, you can get stuck fighting the same boss for a long time as you try to figure out the mechanics. The first thing to check, is your gear, make sure that you’re at least close to the recommended GS for the boss you’re trying to beat. If you’re more than 50-100 points below the recommended score, you should farm some other levels or bosses to increase your GS before attempting the boss again. Even so, gear won’t carry you through the entire fight, read on to find out specific boss mechanics and how you can defend against them properly.

This guy is pretty simple, as you’d expect with the very first real boss in a game, but he can still destroy you pretty quickly if you aren’t careful. Once you start to see his movements prior to each attack, you start to figure out what he’s going to do before he does it. His most common attack, is to swing his weapons in front of him 2-4 times, and he’ll adjust his aim according to where the player is — after this attack he usually does a victorious roar of some sort, and that’s the perfect time to get behind him and use an ability or combo attack. 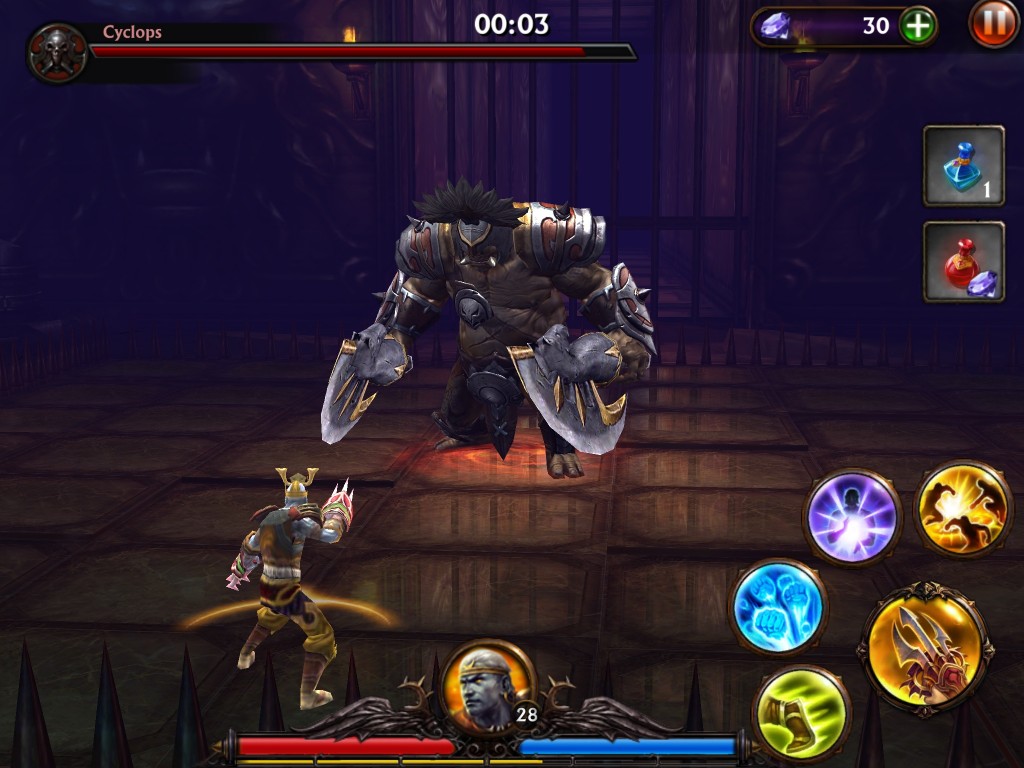 His next move is a running dash, just be aware that he has this ability and be prepared to move out of the way. If you have a dodge roll ability, use it to avoid his charge, and he’ll usually stay still for a few seconds after charging, which leaves you another great opportunity to put some damage on him. The third and most dangerous ability, is when he smashes his weapon on the ground and lays out a line of elemental damage, this can pretty much one-shot you unless you’re way over-geared, so make sure you avoid this at all costs. But just like the other abilities, you can unleash some damage shortly afterwards, so you should definitely do so.

That’s pretty much how the fight will go, just avoid his attacks and quickly get behind him to do some damage afterwards. Don’t hang around too long, or he could turn and smack you. Also, make sure you use your ultimate abilities behind him when he turns white and “dazed”, and if they aren’t available, get as many hits on him as you can.

It took me a few tries to get this beast down, and knowing the mechanics makes a huge difference — especially for Nian. Essentially, he has two different stages which he’ll alternate between, he starts out pretty normal, he’ll do melee attacks in your direction and every so often unleash another ability. Most commonly, he’ll charge up and stomp, unleashing a bunch of electricity that you need to dodge, depending on where you’re at you can end up getting hit by every electric ball just because you got hit by one, so be really careful. Throughout this phase just keep dodging his attacks and putting a couple hits of your own on him in-between, do a couple abilities as well to get his health down.

Once the second phase begins, everything gets more electrical around the boss, and that is your signal to get as far away as possible. First, he’ll use his electric ball move from the first phase a few times, then he will stomp and send electricity down to a point on the map — you can see where it is going to be by a small blue circle on the ground, just make sure you move out of it before the lightning strikes. After a few bolts, he will start shooting out tons of electric balls, just hug the edge of the map and run a half circle to avoid all of this damage. 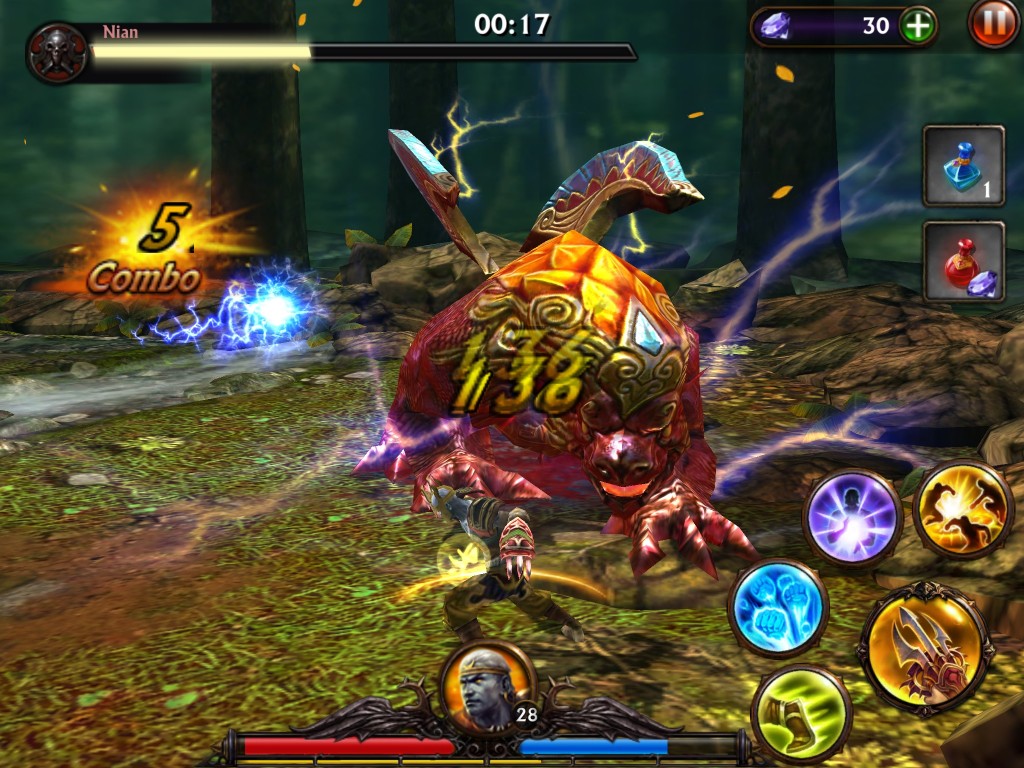 After that phase, he’ll go back to normal, but every so often unleashing some big attacks from his second phase, it starts to get really hectic and your best strategy is to do your best to kill him early. At recommended GS, I could usually get him down shortly after the second phase, and sometimes even before, because he isn’t that hard to kill (just a pain to defend against). If you ever get him “dazed”, get behind him and use your ultimate ability, this can do some serious damage.

The third boss is somewhat of a mixture between Nian and Cyclops, as it is a bit slower like the Cyclops Fight, but there’s a ton of stuff you need to be looking out for during the fight similar to Nian. His main ability is going to be giant walls of flame, which can easily be avoided if you just get behind the boss while he’s “casting” the ability, you can do some damage to him at this point too. Also, whenever he stops and starts to touch his head, you can get some good damage there as well.

He’ll also do some fire columns simultaneously as he unleashes flame walls, you can actually interrupt this attack, but I wouldn’t really advise it as it’s pretty easy to lose a lot of your health trying to interrupt. Just get behind him to avoid the walls as you normally would, and move around to avoid the columns. Another double ability he unleashes is the fire columns while he dashes around, there’s no real strategy to avoiding this, other than having good reflexes and being situation-ally aware.

He also has another move, where he jumps into the air for a brief second before coming down wherever you’re standing. It’s really hard to just run away from this, so you’ll want to use your dodge skill or Parry to avoid taking damage here. This fight can get lengthy, especially when you don’t have much experience fighting against the Netherborn Champion, but hang in there and you’ll be able to take him down.