We’ve already covered the basics of Fallout Shelter in out 10 Useful Tips guide, which goes over the basics for beginners. However, if you’re starting to reach that 100+ dweller count, there’s a few more things you might want to learn about the game. These advanced tips will focus on how to complete your quests quicker, organize your vault better, and get maximum efficiency from your vault dwellers.

You should always have dwellers exploring the wasteland, as they’ll bring back a decent amount of caps, plus tons of weapons and armor that you can use or sell for more caps. It will always take 50% of the time they’ve spent exploring to return to the vault, so also account for this. My routine is to send out all of my dwellers in the morning around 8AM, let them explore for about 14-15 hours, and then recall right before bed. That way, they’re always waiting for me in the morning to collect, and I can send them out for another full day of exploration.

If you’re worried about them dying, make sure you gear them appropriately, and make sure they are the right dwellers to be sending. Send out high level dwellers with high Endurance and high Luck stats, and don’t be afraid to go overboard on Stimpaks and Radaways. Worst case scenario, they’ll die and you’ll just need to spend caps to revive them. If you have over 100 vault dwellers, you should be sending out at least 6 or 7 to explore every day, but more if you can afford it. 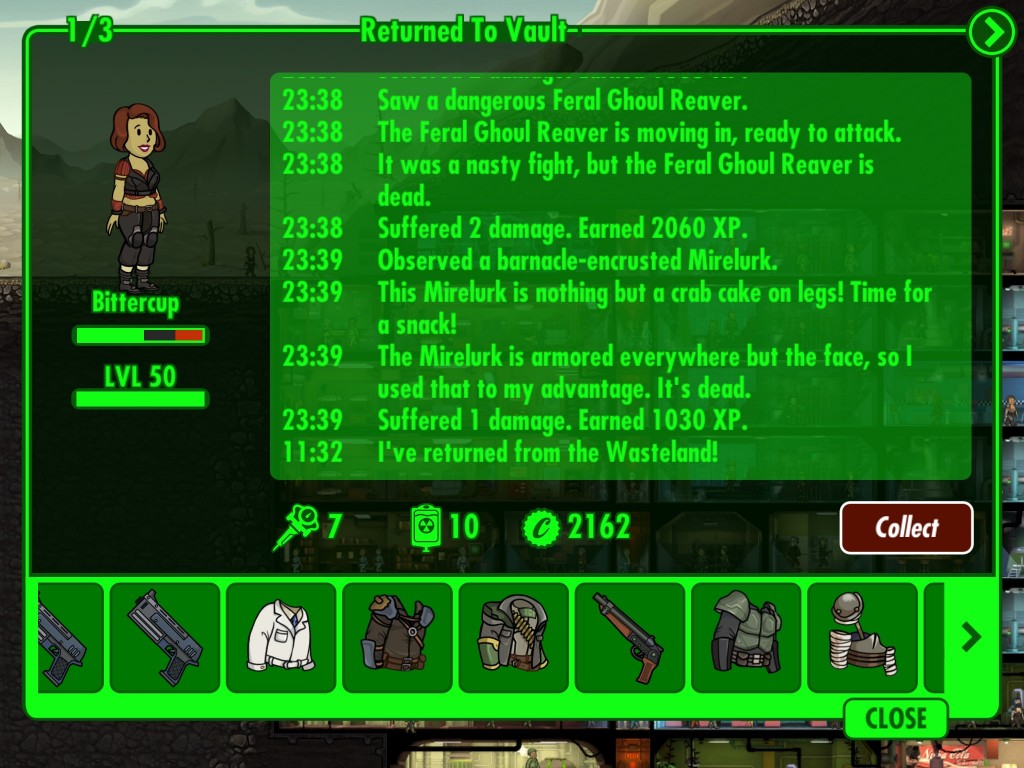 Storage can become an issue, so just be prepared to sell your items quickly. My method is usually to sell any weapon that does less than 6 damage (until all of my dwellers have more powerful weapons, then I will raise this number). I typically sell any basic armor that I have more than two of, but first I make sure that everyone in the vault has some sort of armor equipped.

If you don’t plan on spending any money on lunchboxes, like myself, you’re going to want to do as many quests as you can. Although there will definitely be times where all three available quests only reward you with caps, it’s still necessary to complete this in order to get new quests that do offer lunchboxes. I’ve done hundreds of quests and am still getting lunchbox quests at random, so don’t worry about them going away. Here are a few tips on completing these quests as quickly as possible. 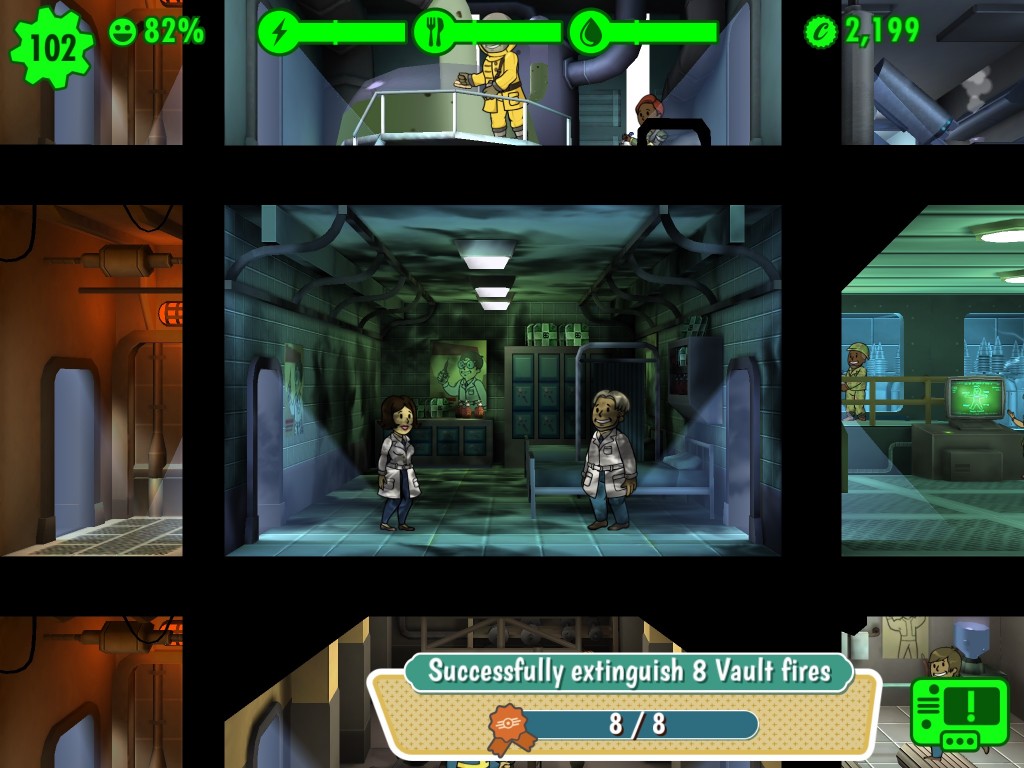 The rest of the quests are pretty self explanatory, but leave a comment below if there’s one that you need help with completing.

Organizing your vault is really important to keeping your sanity with a high number of dwellers. If you’re like me, you probably built rooms in random places without any real thought behind it. Now, you’ll either need to live like this, or spend some extra caps on destroying and rebuilding old rooms. The important thing is that all of your resource rooms are merged into at least two rooms, if not three.

If you are able to check the game regularly and spend time collecting resources as soon as they come up, I’d recommend getting as many two-building rooms as possible. However, those who only get a chance to check every 30 minutes, or few hours, would be better off with larger rooms. With smaller rooms, you can collect more frequently, but if you let time go by where the resource is waiting to be collected — it’s a bit of a waste because a larger room would collect more resources. Honestly, I recommend a mix of both, so you can play the game actively but not feel like you missed out too much by not playing for an hour.

Remember, you can place your elevator anywhere, so if you line things up properly you can change the layout to fit different combinations of rooms — like four double rooms instead of two triple rooms and one double. Take a look below to see what I’m talking about, and how to do it:

Ensuring your dwellers are in the best rooms possible is also important. It’s best to examine their stats before placing them into a production room, but in-case you missed any, you can go through each room individually and check your dwellers. One way to do it, is to pick them up and drag them over each room type and see if it brings up a + or a -, if it’s a +, put them in that room and re-assign whoever exits that room to either more training or a different room.

There are plenty of ways to efficiently utilize your dwellers, so always try to learn from your experiences, and remember the tips we’ve shared in this article. Key things are to always have dwellers training their stats, always have dwellers exploring, and try to increase your population as much as possible. Good luck! And be sure to leave any questions or comments below.