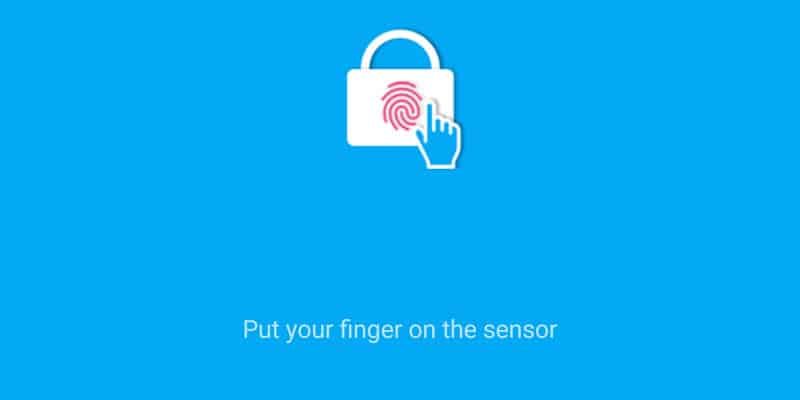 Android Marshmallow has received native fingerprint scanner support, which is meant to unify this capabilities so it can be used on all devices, regardless of their manufacturer. This brings us one step closer to seeing fingerprint authentication as a common standard on most smartphones and eliminate the need to remember and type in passwords, which is a great security risk by itself.

Since only a small percentage of devices are currently running Marshmallow (thank you Android fragmentation), developers haven’t shown too much enthusiasm for leveraging the new fingerprint API. However, AppLock -Fingerprint- is a new fingerprint lock app developed for Android Marshmallow you can use right now to lock any of your currently installed apps with your fingerprint.

Don’t miss: How To fingerprint-lock apps without a fingerprint scanner on Android

I totally recommend you give this app a try, but there are a few things you should know before doing so. Firstly, the technology it uses requires a device running Android Marshmallow and you need the fingerprint lock screen setup before installing AppLock -Fingerprint-. Secondly, the app is quite new and it’s rather obvious the developer hasn’t figured out all the quirks yet, as a result the app itself doesn’t lock so it can easily be opened from the app drawer and even uninstalled as a way to bypass its security and gain access to your fingerprint locked apps.

With that said, here’s how to get AppLock -Fingerprint- up and running on your phone or tablet:

Install AppLock -Fingerprint- from the link below:

After the app finishes installing, you’ll need to give it several special permissions. The whole process is easy, since AppLock guides you through the process. On the first screen, tap on the ‘Go to Settings‘ button and on the following screen toggle on the switch for AppLock.

Hit the back button twice to return to the app, and perform the same actions as described above to give it two more permissions. Then, you’ll be prompted to scan your fingerprint, after which the list of all your currently installed apps will be displayed.

Toggle on the switch for the apps you want to login using your fingerprint. From then on, when you open any of those apps, you’ll have to scan your fingerprint in order to access and use them.

It’s true AppLock itself cannot be hidden or locked yet so the security it offers is not perfect. However, it’s still a comfortable choice if you don’t usually leave your phone unattended in public places (including at the office), as in this case people wouldn’t have enough time to spot the app in your app drawer and uninstall it. Hopefully, the developer will add some sort of option to secure AppLock soon because the app does have a lot of potential.