Doomsday scenario is nothing new to gamers of all backgrounds and preferences; we are too familiar and accustomed to the movies, video and mobile games that result in a nuclear attack by a nuclear nation. A bombshell of nuclear missiles strikes all over the world, and mushroom-like clouds rise all over the planet, leaving no chance of survival for those who haven’t perished during the explosion. Terminator-like apocalyptic images have been drawn in a large variety of games, where humankind has reached the apotheosis of self-destruction and hatred.

First Strike is a mobile game available for both Android tablets and iPads. It presents the apocalyptic scenario without the cinematographic moralizing. At the beginning, you represent a nuclear armed nation with five decisions for five different countries: you can choose to build nuclear weapons, build cruise missiles to intercept nuclear weapons, expand your country’s territory, extend your strategic capacity, launch a nuclear attack, or research new technologies and expand your technological potential. 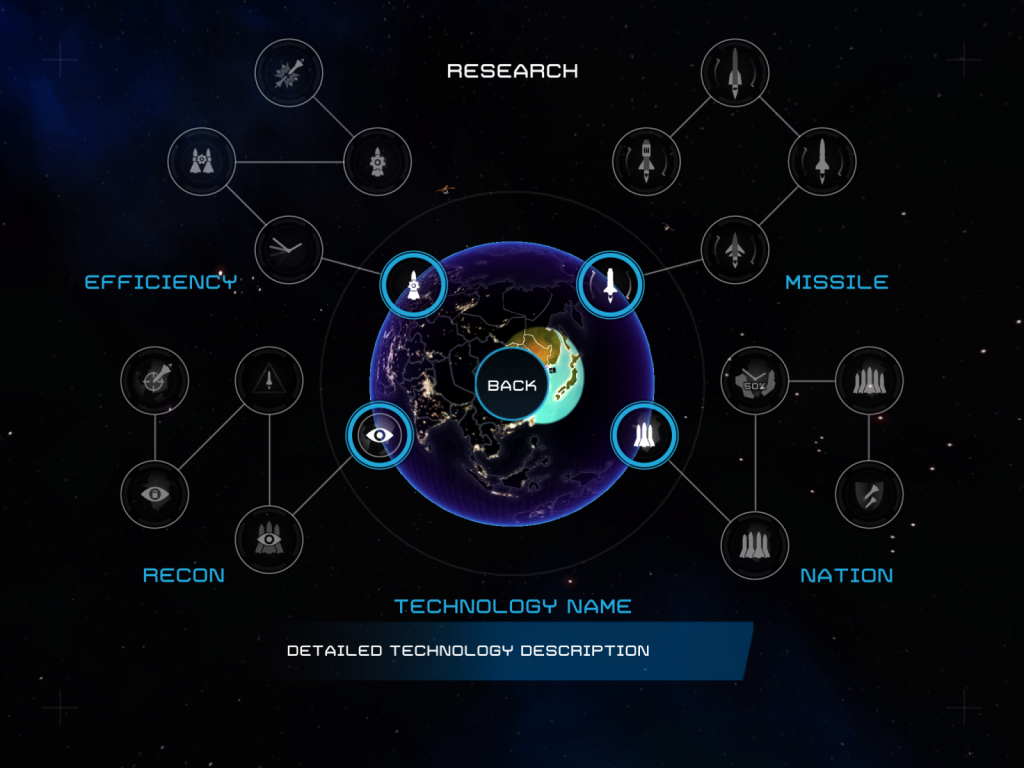 Each decision has different time spans and cool-downs, so once the decision has been made you won’t be able to do anything else. For example, if you choose to build up technology, you potentially leave your nation vulnerable and unable to protect itself.

The action unfolds in real time, and the player is under a lot of pressure to act according to the situation. If you choose to expand your territories to be able to have maximum nuclear strike capacity, you can end up being responsible for the decision-making in so many countries that you won’t be able to manage them all and protect them all.

Like many other modern games, First Strike does not explain everything in detail to the user, and you have to understand it the inter-connectivity between the gameplay systems and all the rules. You have to figure out for yourself how to win and avoid that nuclear war. At the beginning, every nation has hit points, but once one player destroys other nations’ enemy control units, the game is over. 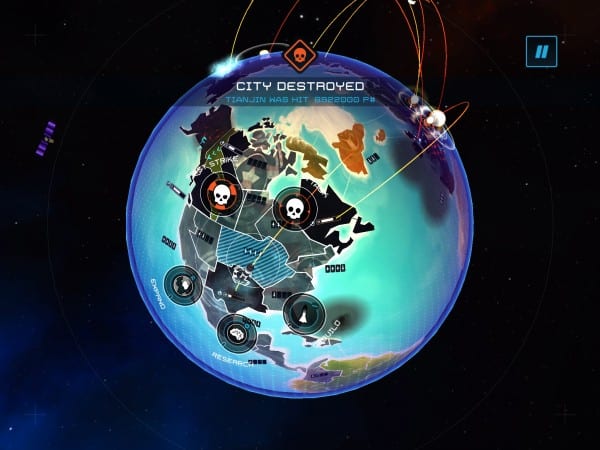 The game is not just a casual pick-and-put experience found in most tablet games. You will be completely absorbed in each match taking you from 30 minutes up to an hour, and in this respect, First Strike is very much like its hard-core PC strategy game counterparts. First Strike and the likes send a very strong message that Android tablets and iPads should be treated as serious gaming devices.

So, what’s the point with the nukes? Without any ado, First Strike is all about destroying the earth, and mature players would agree that this game does not just destroy the earth for fun. On the contrary, every time you nuke a big city, you will see the death toll in creepy casualties’ totals. For example, if you destroy the London area, you’ll face roughly 10 million casualties.

Notably, First Strike’s developers will send a small percentage of the revenue from the gain towards organizations that help reduce the worldwide arsenal of nuclear weapons.

One of the interesting points about First strike is that it has been built to become later expandable, and even though developers don’t comment much about this; it is clearly obvious that the game can be expanded by unlocking offensive and defensive upgrades at a later stage, or released in subsequent versions.

We could potentially see more sophisticated missile systems, nuclear submarines, you name it.

It would be blasphemy to call this game fun because it’s actually very grim and dark. Without setting clear rules, First Strike is very high-tech and modern in every aspect. It doesn’t have a multiplayer mode for now, neither does it have a save game feature. Other than that, it is an intensely creepy experience for the daring.