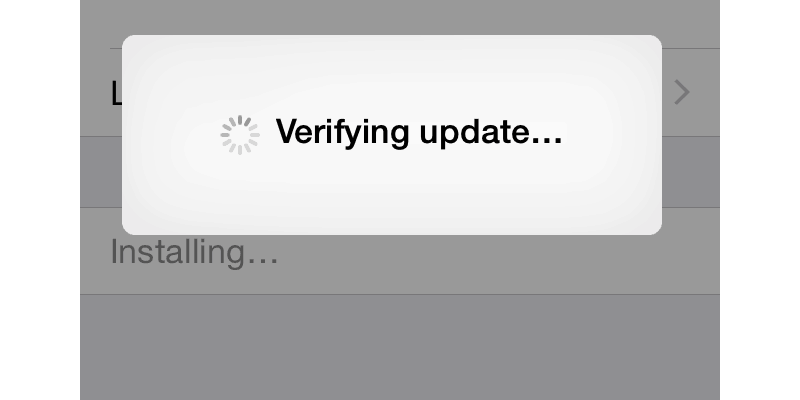 During an OS update, there are various things that can go wrong (which is why making a backup is always recommended). With iOS one of the most common problems is having your screen stuck on “Verifying Update”.

Luckily, there are several ways you can fix the iOS “Verifying Update” error so the update process can complete successfully and you’ll be able to start using your iPhone or iPad again.

How to fix the iOS “Verifying Update” error

Before you try anything you should check if your device has enough storage space for installing the update and is connected to WiFi. 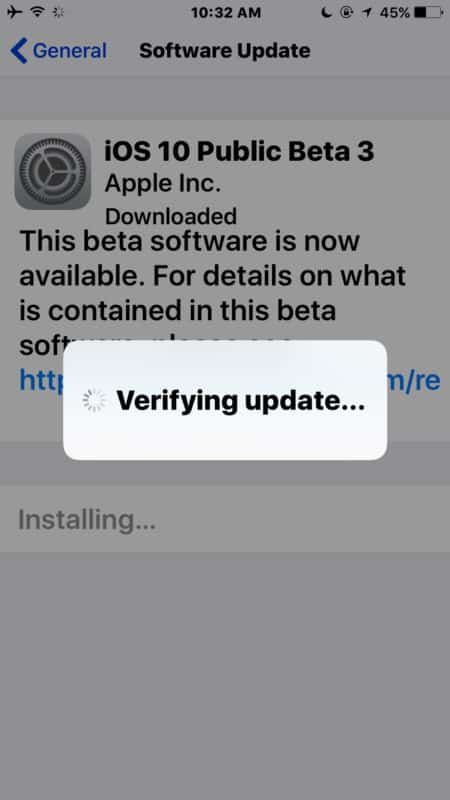 If the “Verifying Update” screen seems to be frozen, it doesn’t actually mean the OS is stuck. Even without an error, the message should appear during an iOS update and it can take 1-2 minutes to complete, and even longer when a new iOS version is released and everyone is trying to get it at the same time, overloading Apple’s servers. As a result, you should give it some time to see if it goes away on its own before you classify it as an error.

If you waited for at least 15 minutes and nothing happened, you’re probably experiencing the “Verifying Update”error and you should try some of the tips below to fix it.

Press the Power button on your iPhone or iPad a few times. This is one of the easiest ways to fix the iOS “Verifying Update” error and it works in many cases.

While the way this actually works is still a mystery it looks like pressing the Power button several times forces the verification process to complete. If it works, your iPhone or iPad’s screen will turn black and then you will see the progress bar for the iOS update which begins to install.

If you’ve been waiting for an hour (or more) for your device to finish the update check and nothing happened it’s a good idea to reboot your iOS device and try to reinstall the update (from Settings -> General -> Software Update).

Lastly, if any of these fixes fail to solve the problem you can restore the device with iTunes which is why it’s a good idea to perform a backup before attempting to update iOS, unless you want to reset the device.

Which of these solutions helped you fix the iOS “Verifying Update” error?