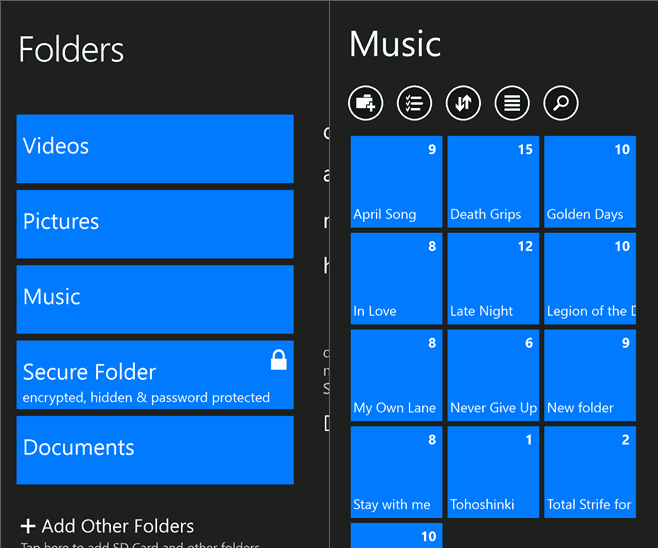 There’s nothing wrong with Windows Phone’s built-in file manager app: it’s extremely simple and it works as intended without too much hassle. However, when you think of how you can manage your files on a computer – it’s really far from that notion.

Folders Pro by BitApp Studio is an advanced file management app that bundles various extra features that are incredibly useful and bring smartphone functionality one step closer to computers. The app has a really simple and friendly interface that preserves WP’s Modern style and is very easy to familiarize with. 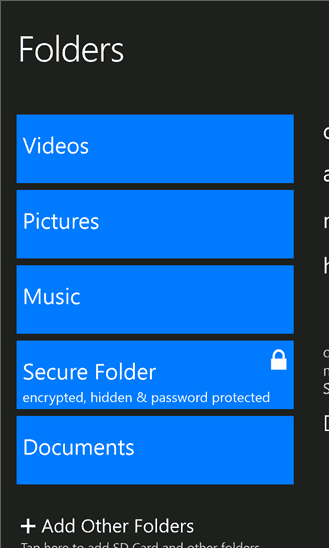 Obviously all the basic folder operations are supported but Folders Pro also offers something I find very important. The ability to encrypt and hide content into a dedicated folder. If you carry sensitive and/or personal content on your phone you probably don’t want to make it accessible for other people. The app has a folder named ‘Secure Folder’ in which you can password protect those kind of files and no one will be able to access them without the correct password.

Another great feature provided by the app is OneDrive integration. It includes a OneDrive folder that lets you access your OneDrive content as long as you’re connected to the Internet. This way, you won’t have to exit the app and open OneDrive to access your cloud content – you can do it straight from Folders Pro. 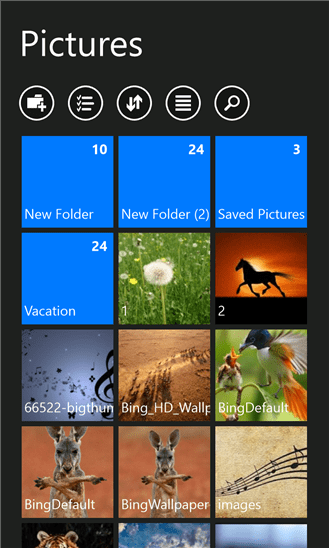 You can easily transfer files between your device and others via WiFi and there’s also a built-in image viewer. The default Files app also offers preview thumbnails for images and lets you open them up in full screen, but there’s no slide view. You have to close the currently opened image and then open up the next one, which is quite annoying. With Folders Pro you can view, but also pinch and zoom your photos just like you can in Camera Roll.

There’s also integration with QuickPlay, a media player also developed by BitApp Studio. Nevertheless, it’s not one of the most attention worthy features, unless you’re actually using that app too. 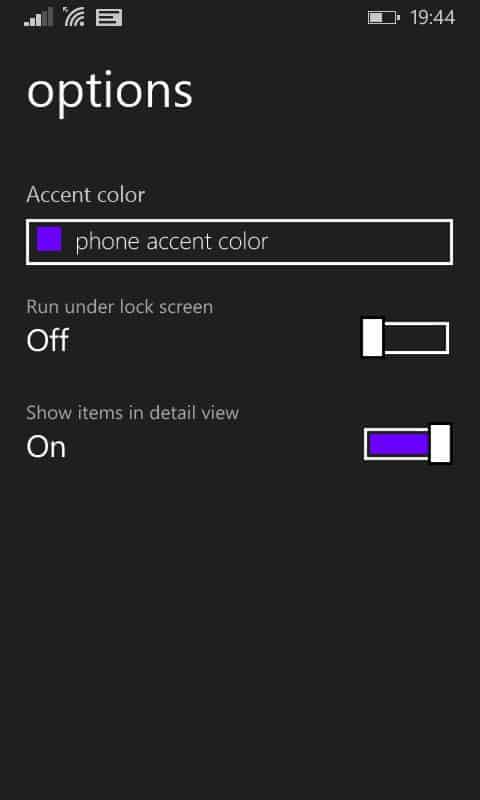 Folders Pro has a very small options menu. You can change the app’s color theme from the default accent color to your phone’s accent color, show items in detailed view and most importantly allow the app to run under lock screen. This way you can initiate file operations, which will carry on even under lock screen – very useful when you work with large and/or lots of files.

Folders Pro is normally available for $1.49 but today you can download it for free through myAppFree. Even if you miss the offer, the app is still worth a try if you’re looking for a solid file manager and its price, more than decent given its robust set of features.