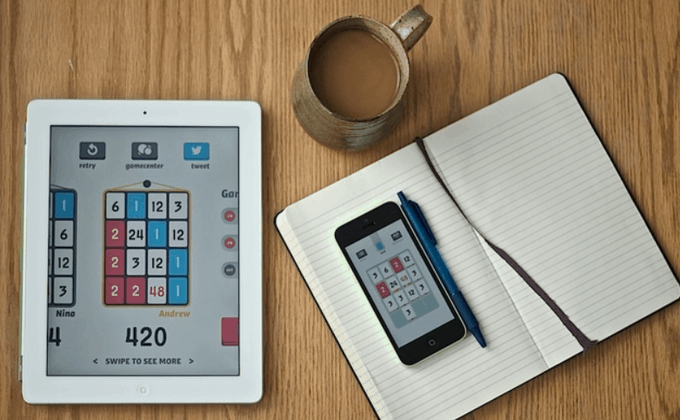 One of the recent additions to the iTunes store is a new game called Threes and those who have discovered it admit this game is even more addictive than the notorious Flappy Bird. Beware, you are about to fall down a deep black hole of endless hours of gameplay you will never want to stop.

The game costs two dollars, and it’s a puzzle released by Asher Vollmer, Jimmy Hinson and Greg Wohlwend. It is both simple and difficult, and at times it will make you go crazy.

The objective is to combine the numbers on a grid to create larger numbers. The grid consists of 16 cubes and you can only combine 1s and 2s to make 3s. For larger numbers, 3 and up, you can combine every match to make a larger sum. The greater is the number, the more points you have.

It sounds easy at first, but once you start swiping in one direction, the entire grid moves that way, and as the grid moves, a new tile appears. Once the board gets filled with the numbers you cannot combine, game over – you lost!

Once you eliminate a tile with a matching combination, a new tile appears; you know what type of tile is about to appear because you see a preview at the top. Nevertheless, it doesn’t help much, because sometimes you would not know what to do with it. In no time, you find yourself dumbstruck and panicking, searching for ways to allocate them all, and the grid fills up until it’s over.

In a way, this game is similar to the Candy Crush Saga, the master of addiction for mobile players. However, Threes stands apart, both in design and strategy. Each tile has its own greeting and weird looking faces, and if the tiles match the faces start interacting with each other on the grid – an unobtrusive hint you can match them if you like.

In Candy Crush, you are dependent on both strategy and luck because sometimes the chaos on the board or one bad draw can destroy a pretty good turn, and ultimately luck is more important than strategy. Threes, on the other hand, lets you implement a few great tactics and beat the grid. And here’s a quick look around of the gameplay.

First, you download and install the app; next, when you first launch it, the game will pop up its own tutorial. My advice is to quickly go through it, and in case you need it later on, you can always find the tutorial icon in the right up corner of the display.

Every tile is a different color, which has its own implementation on the grid. And so, 1s are blue, 2s are pink, and the rest are white with funny yellow faces at the bottoms. You can see the next coming tile in the preview above the board that will appear after your each move.

You can swipe right and left, up and down. Take a look at the example here: 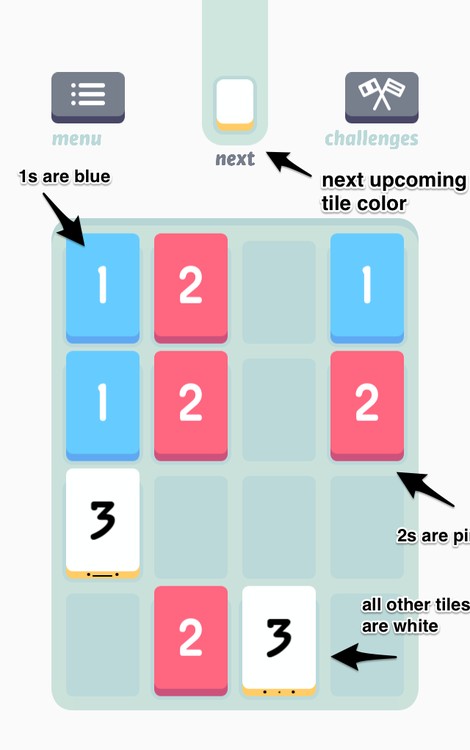 Pay attention that in this case, the 3 cards have ‘o’ faces since they are jammed in one tile. We will swipe up to combine the 3s to create a larger number. 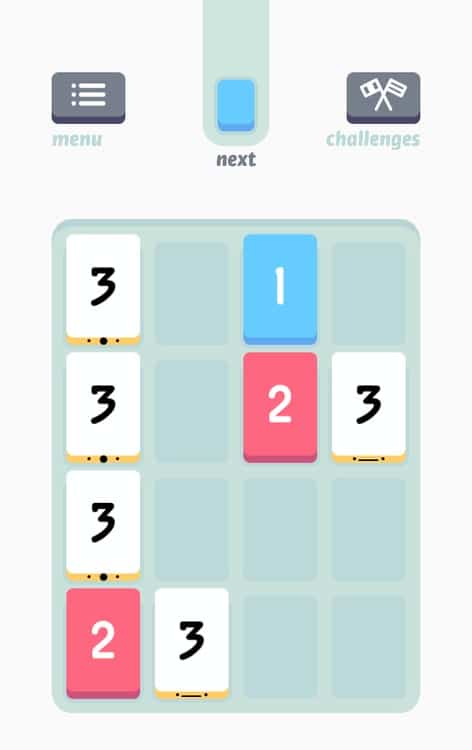 You go on continuously until you fill up the grid, and once you are out of moves, the game will count your total score. Take a look at how far some of the players go: 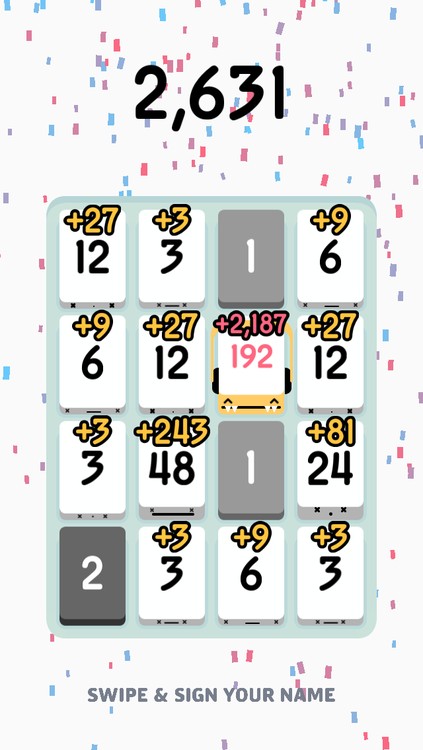 Every time you get a new tile, you will unlock a new character which will come accompanied by a splash of festive confetti. The characters are fun and cute, and each new you unlocked character gives you pride and satisfaction. 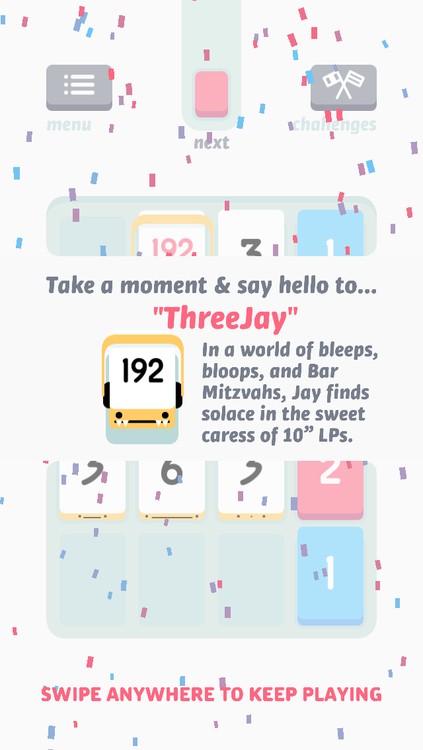 Here are some helpful tips from the game designer Ryan Clark on how to succeed in the Three game:

If you’re curious to read more about the game, you can visit Ryan Clark’s blog here. Leave your feedback about the game in the comments below, and let us know what other addictive games are worth reviewing.