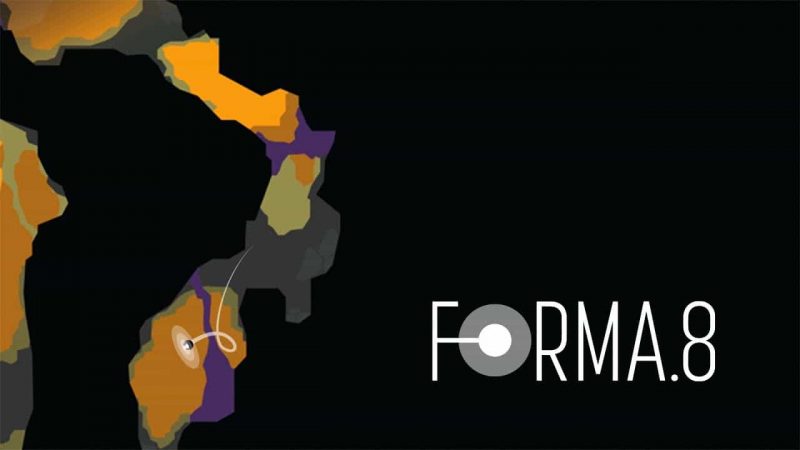 We encourage you keep tabs open for MixedBag Srl, a little two-person, Mauro Fanelli and Andrea Gellato, Italian indie studio based in Turin. Their upcoming game Forma.8 has been tinkling many people’s nerves for two years now. Why so long? Because a two man studio can do just as much work as a two man studio physically can. Also, because Forma.8 is a very ambitious and a complex project for a small team, and despite the fact that everyone in the indie community say you have to start with small projects, MixedBag have their own agenda, it seems.

Their first mobile game Futuridium, priced at $1.99, landed on iTunes in 2013 and was a nod to Uridium, an 8-bit classic by Andrew Braybrook, mixing a puzzle-based shooter with a StarFox viewpoint. Futuridium sports an amazing retro graphics and a great soundtrack that along with the puzzle-based racing action create an engrossing experience for the fans of the genre.

Forma.8 is a different breed of game – a homage to Metroid adventure style, a 2D shooter, an exploration journey wrapped in dazzling graphics and beautiful, atmospheric soundtrack. The prototype of the game was conceived back in 2012, and since then, the two developers had to significantly simplify the initial heavy assets game and cut bits and pieces of graphic to make it more lightweight. 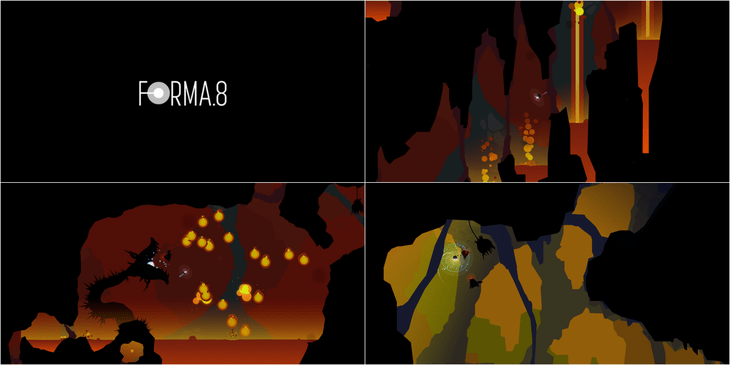 The black silhouette is used for all gameplay elements while everything that is happening in the foreground, or background, takes the vibrant color palette that impressed me in the game trailer. The result is a black frame and the game’s environment elements and characters flow “like panels in a comic book.”

In terms of the feeling of discovery and wonder, in my humble opinion, Forma.8 is going to be a real treat for the fans of the genre. The plot alone sounds very promising. Inspired by Gellato’s favorite game Another World and set in a distant universe, the game narrates a story of a terraforming drone that lost its team mates due to an accident. It finds a strange planet full of wonders and dangers, and has to find a very important energy source located at the core of the planet. Thus, the drone has to travel deep under the planet’s surface, overcoming obstacles, fighting hostile species.

The catch is the game does not give you, that is the drone, any instructions or clues about what to do. You have to explore by yourself, traveling deeper underground, encountering remnants of ancient civilizations, dystopian visions and deadly predators.

The experimental controls system is what took the team quite a lot of effort because they wanted to provide the players with the feeling of really flying. Besides, the game does not have any written or voice instructions – you perceive it via the imagery and music. And there is a story to uncover, so the expansive world of forma.8 is full of secrets and discoveries.

In his interview to Gamasutra last year, Gellato said “we like to think of it as a homage to one of the games that forged the sense of wonder of our generation of players.”

Forma.8 has been greenlit on Steam, and is slated for release on many platforms, primarily on PS 4, PS Vita, Wii U, Pc, Mac, Linux and iOS. We have contacted the developers for the estimated release date, but it is not set, yet, as of now. As for an Android port, the developers say they need to see how well the game establishes itself on iOS, and if the results are positive, chances of an Android port are high. Personally, I keep my fingers crossed for it, as well as for this game to be released this year. Sometimes, projects that take several years to launch, either get old before they launch (their niches get saturated), or competitors simply release similar games that set a benchmark the game conceived several years back does not meet.

Overall, in my honest opinion, forma.8 is the one game to get excited about in 2015, with its intriguing Metroid-style adventure, beautiful hand-drawn vector graphics and, of course, the wonderful soundtrack.

Take a look at the game’s trailer and if you like what you see, you can keep an eye on the developers’ diary, or follow @MixedBagGames on Twitter for the updates. We will keep you updated on the events and release dates.