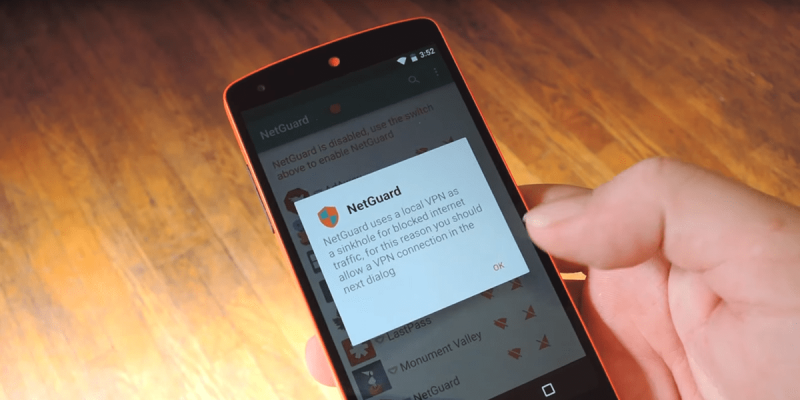 Some apps, like messengers for example, are designed to work with an Internet connection and they’d be useless without one. However, this is not true for all apps (or games for that matter) and as they tirelessly suck your phone’s bandwidth you may end up reaching your data cap much faster than you’d want.

As powerful as Android is, until now there was no way to completely block Internet traffic for specific apps without rooting your device first, but a new app landed in the Play Store a short while ago which changes all that. NetGuard by developer Marcel Bokhorst lets you stop any app from accessing the Internet and bundles a few more interesting features.

The app is free and open-source, so you won’t see any ads or IAPs in it, plus according to the developer it doesn’t perform any kind of tracking or analytics. The fact that the app doesn’t require an Internet connection itself, is solid proof of that.

Below I’ll detail how you can use NetGuard to block Internet traffic for specific apps in just a few easy steps.

The first obvious step is to download and install NetGuard (link below), but before you do that you should know you’ll need a device running Android 5.0 or higher. Older versions are not supported.

Once the app is installed on your device, launch it and a disclaimer will be displayed. Hit the OK button and on the next screen enable NetGuard using the switch located at the top of the screen.

Then, the app will inform you it uses a VPN to block Internet traffic from apps and you’ll need to allow a VPN connection for it to work. Tap OK to dismiss it. The next screen will ask you to allow NetGuard to set up a VPN connection so go ahead and tap the OK button one more time.

Now that the app’s VPN is enabled, a key icon will be displayed in the status bar, indicating that NetGuard is active.

To continue, you’ll have to customize NetGuard’s settings since the app’s default behavior is to block Internet traffic for all apps that are currently installed on your phone, and those you install in the future as well.

As a result, you need to manually enable data connections for each app you want to allow. However, you can also set the app to behave in the opposite manner, meaning to allow all traffic by default and if you want to block an app’s Internet connection you’d need to change that specific setting manually. 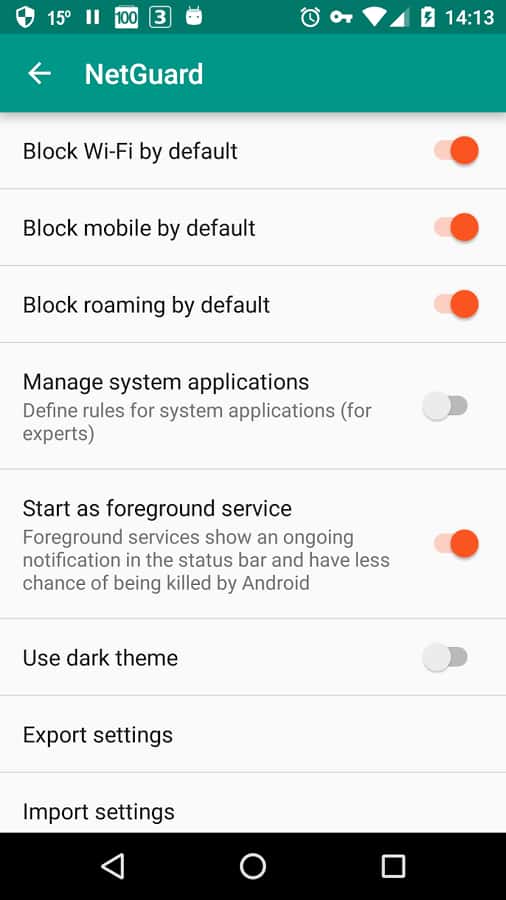 I find it very useful that NetGuard blocks everything by default, but lets you unlock specific services. As a result you could have all apps blocked just on cellular connection and allowed on WiFi, which is pretty nice. However, you can turn on/off any of the three options or keep them all disabled and configure Internet access strictly on a per app basis.

Furthermore, you can enable the ‘Manage system applications’ option to manage even the traffic from stock system apps if you want to. 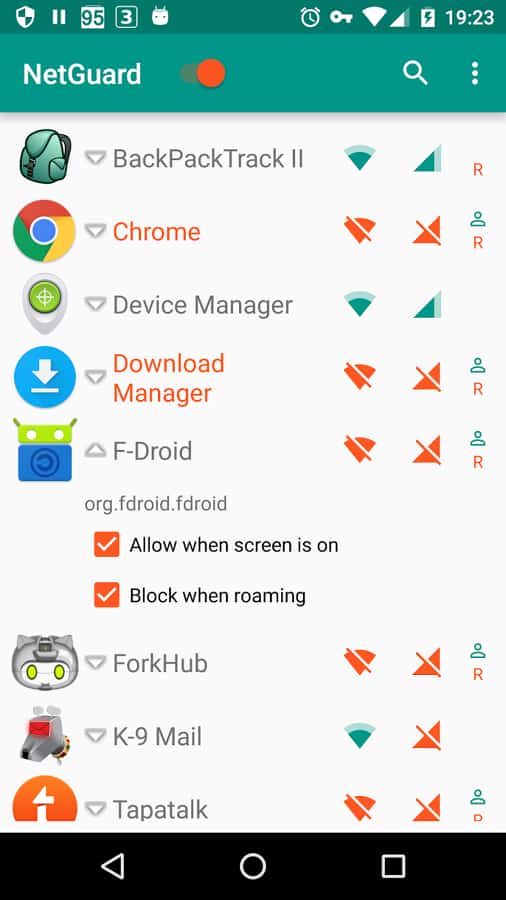 As you can see, all your installed apps are listed on the app’s main screen and you can easily enable/disable their access to WiFi connection, cellular connection and roaming by tapping on the related icons. Optionally you can allow selected apps to access the Internet only while the screen is on. When configured correctly this setting could potentially help your smartphone’s battery last much longer.

Have you tried NetGuard and what apps have you blocked with it? Let us know in the comments section below or send us a message on Google+, Facebook or Twitter.