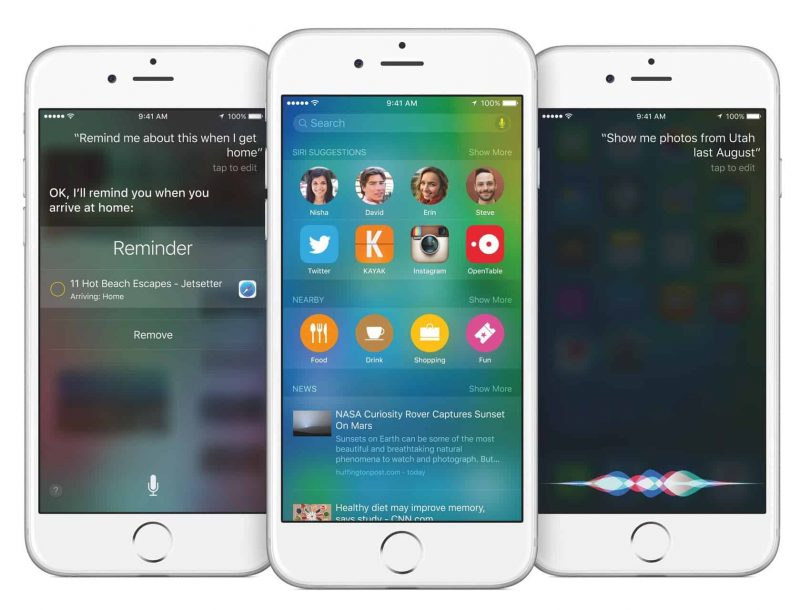 The final version of iOS 9 is scheduled to become publicly available on September 16, and you’re probably patiently waiting for it,  unless you already have iOS 9 beta on your device or grabbed the leaked GM build in the spur of the moment.

Apple’s latest iteration of their operating system for iPhone, iPad and iPod Touch devices comes with many notable improvements as well as new features like running two apps simultaneously, new apps, smarter Siri and others.

Once iOS 9 is officially launched, anyone with a supported device can download and install it. While the upgrade process is straightforward, there are a couple of things you need to do before installing iOS 9 to ensure everything goes smoothly. Most of them are common sense, but we recommend you go over them again just to make sure you don’t skip something that could potentially ruin your iOS 9 experience.

Apple posted a list that includes all devices which can be upgraded to iOS 9 on a dedicated page. You can either visit the link and scroll down to see all supported devices or simply take a look at the image (and/or list) below to see if your device is compatible with the OS or not. 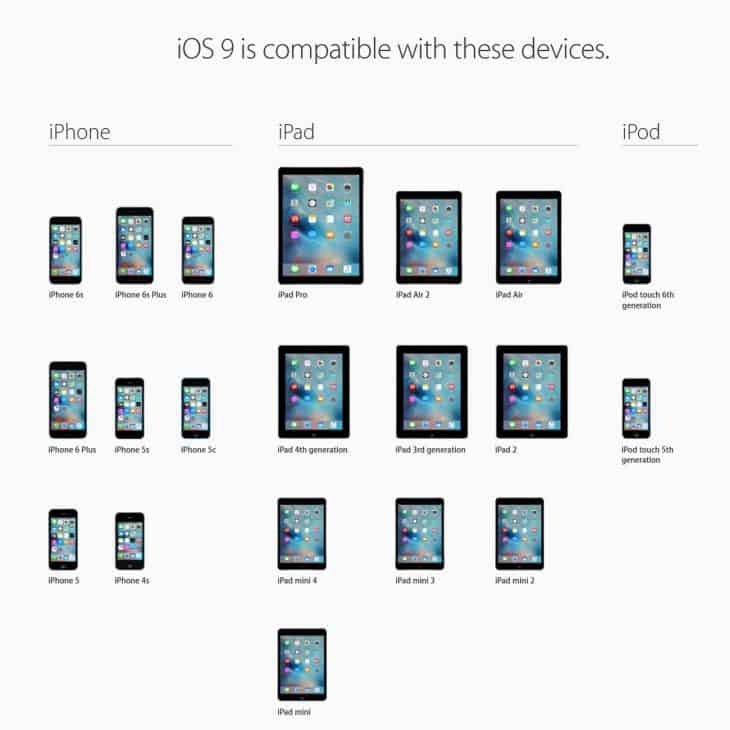 Technically, all devices with iOS 8 should be able to run iOS 9 as well. However, if you’ve been eager to try the new iOS 9 multitasking and Picture-in-Picture modes, you should know these features are only available on iPad Air 2.

Update your apps before upgrading to iOS 9

Like before any new OS version, developers update their apps (at least popular titles) so they are compatible with iOS 9 before the final version launches. It’s better to update your apps before upgrading to iOS 9 as this is the best way to ensure they’ll work properly.

Make sure you have the latest version of iTunes

Like for any other piece of software, iTunes updates include a variety of fixes but also ensure compatibility with the current version of iOS. We recommend you update iTunes to the latest version as it will be updated to work with iOS 9 better than older versions.

It’s also a good idea to revise your installed apps and remove those you no longer use so your device will have more free storage space which could potentially speed up the iOS 9 update. And since you’re already doing some maintenance you might as well check your photo and video collection and delete old items from there as well.

You can backup your iOS devices through iTunes or iCloud. While you’ll have to pay for storage using iCloud, it can automatically backup your device every night when you plug it in to charge. Even so, it’s recommended to create a new backup right before updating to iOS 9. You can do that by navigating to the Settings app, tap on iCloud, scroll down until you find the Storage & Backup option and tap on it as well. Then turn on iCloud Backup if it wasn’t already enabled. Now make sure you’re connected to WiFi and your iOS device is plugged in, then use the Backup Now option.

Only an Internet connection is needed to restore backups from iCloud, while iTunes requires you to manually connect to your Mac. Backing up your device via iTunes is also easy, although the process is a bit longer.  Connect your iOS device to your computer through a USB cable. Launch iTunes and click on the Device icon, found in the upper right corner of the application. In the Backups column, click on Backup Now. Also, make sure the Encrypt backup option is enabled so the backup includes your account passwords as well.

Save your accounts information and passwords and keep them nearby

Before you perform the iOS 9 upgrade make sure you know your  iOS device passcode and your iCloud credentials. The PIN or password is required to install iOS 9. Once the OS is installed, you’ll have to setup your device and during the process, the iCloud password needs to be verified.

Two methods for upgrading to iOS 9

Without going into the specifics, there are two ways you can download and install iOS 9 on your iPhone, iPad or iPod touch. The first method involves installing the operating system Over The Air, meaning all you need is the device itself and a WiFi connection for downloading the necessary files. The other option is to grab the update on your Mac or Windows PC via iTunes and send it to your connected device.

…And a few other important things

In both cases you’ll be asked to enter the passcode of the device, so make sure you know it or have it stored somewhere safe but easily accessible. Also, there is the free storage space issue, which can be a challenge, especially for 8 and 16 GB iPhones and iPads. iOS 9 is roughly 1.3 GB in size so if you can, make sure you have at least that much space available, altough 1.5 GB would be even better. Even if you don’t manage to free this much space, iOS 9 will allow you to temporarily delete apps to complete the update and automatically restore them after the install process is finished.

Now that you know what you need to do before upgrading to iOS 9, you can use the remaining time until it launches to decide when is the right time for you to perform the update. Pretty much all newly released operating systems come with various bugs and errors and if you’re not prepared to deal with them, it’s best to wait for a few days (a few weeks would be even safer) until fixes are issued for major problems (if any). Either way, we recommend you follow user feedback immediately after launch and make your decision based on that information.

What will you do when iOS 9 launches? Will you make the switch right away, or wait for a while to make sure everything runs smoothly?