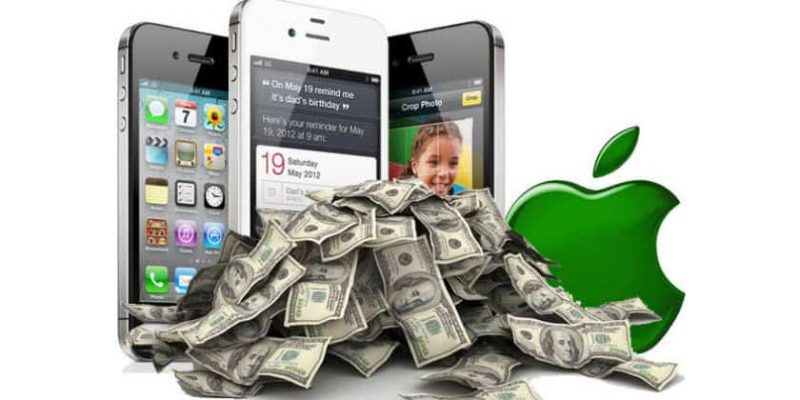 The latest report from analytics firm App Annie, proves us once again that market share alone is not an accurate indicator of success. Android’s market share has been over iOS’s since forever, and last year’s Google Play Store downloads were 60% higher than for Apple’s iOS App Store. 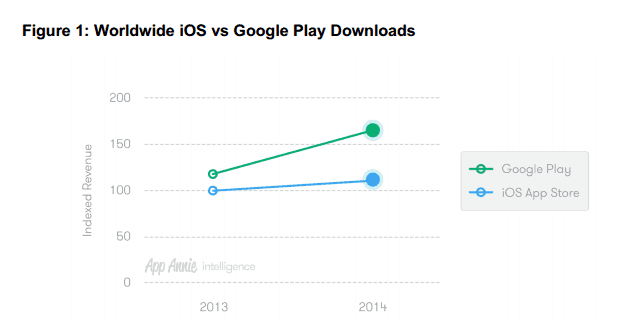 Despite this, iOS managed to generate over 70% more yearly app revenue compared to Google Play. 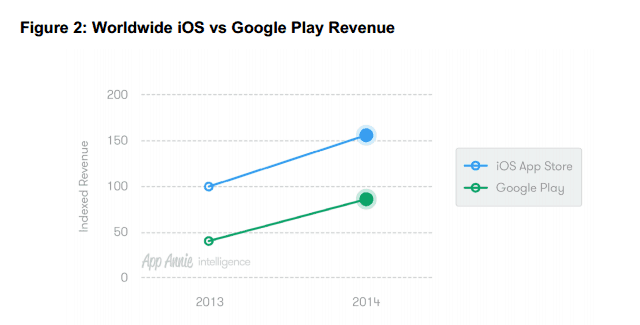 Things all not all black for Android, as both ecosystems had similar revenue growth rates during 2014. In other words, if you’re a developer, Android’s app market is a great place to get noticed, but you are likely to earn more money in the iOS App Store. 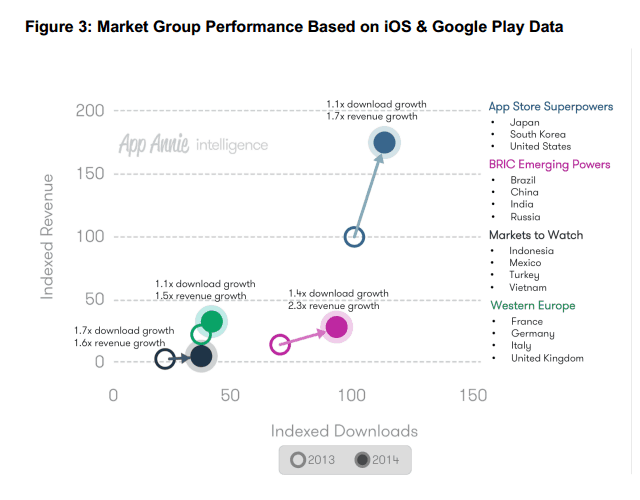 Both Android and iOS app markets are becoming saturated and app dowload growth is slowing as time goes by. Nevertheless, there are three countries – Japan, South Korea and the United States – which together generated more revenue than the rest of the world combined.

What BRIC (Brazil, Russia, India and China) has over the three ‘app store superpowers’ is download growth – 1.4x compared to 1.1x -, although this was to be expected seeing how companies like Apple continue to expand into these territories.

2014’s app trend showed a dramatic 53% increase in messaging apps downloads, the top 10 travel and transportation apps downloads grew by 31% and the top 10 video and streaming apps were downloaded 44% more than in 2013.

When it comes to gender-based preferences, there are slightly more male mobile gamers and females tend to download more photo, video and social apps.

Head over to the Pocketmeta forums and join in on some more mobile technology discussion!

If you want to stay updated with the latest on apps & game reviews, news, tips and how tos for Android, iOS and Windows Phone, feel free to follow us on Pinterest, Google+, Facebook and Twitter.