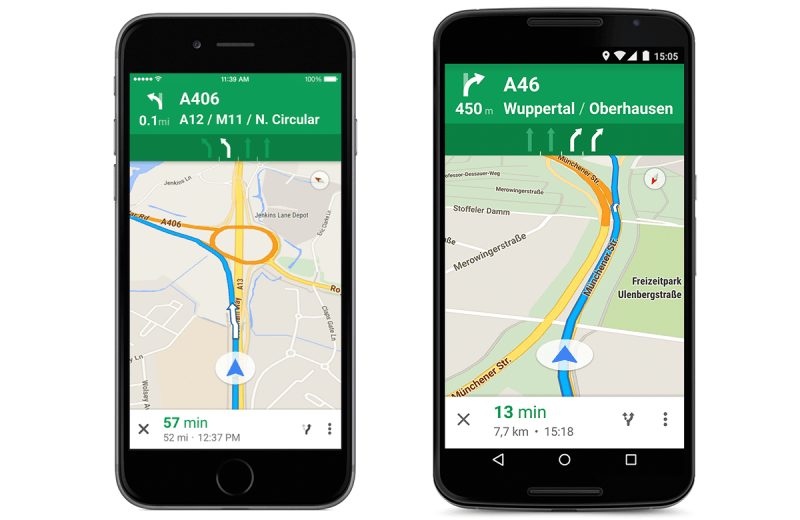 Every experienced driver knows that turn-by-turn navigation mode isn’t just about getting an endless series of left-right-left instructions. There’s also the problem of being on the correct lane. Google Maps is providing US drivers with lane guidance since May this year, but the feature has just become available for Europe – and just in time to get home for Christmas.

According to the official announcement made on the Google Europe Blog you’ll get lane navigation while driving on the highways of Germany, France, Italy, Spain, the UK and Ireland regardless if you’re using the Android or iOS version of Google Maps.

There are no bells and whistles to this feature, although it’s undeniably useful. With the latest update Google Maps voice guidance will also suggest the ideal lanes for your route so you won’t end up on the wrong road or desperately trying to get on the right lane in high traffic.

Sure, you still can’t use the navigation feature of Google Maps while being offline but this update is definitely a step in the right direction adding more reason to ditch your go-to navigation app for the one developed by the Mountain View giant.

However, if you’re among the many people that desperately need a robust navigation app with offline guidance don’t forget Nokia’s HERE Maps have been recently made available for Android and will also land on iOS devices early next year.