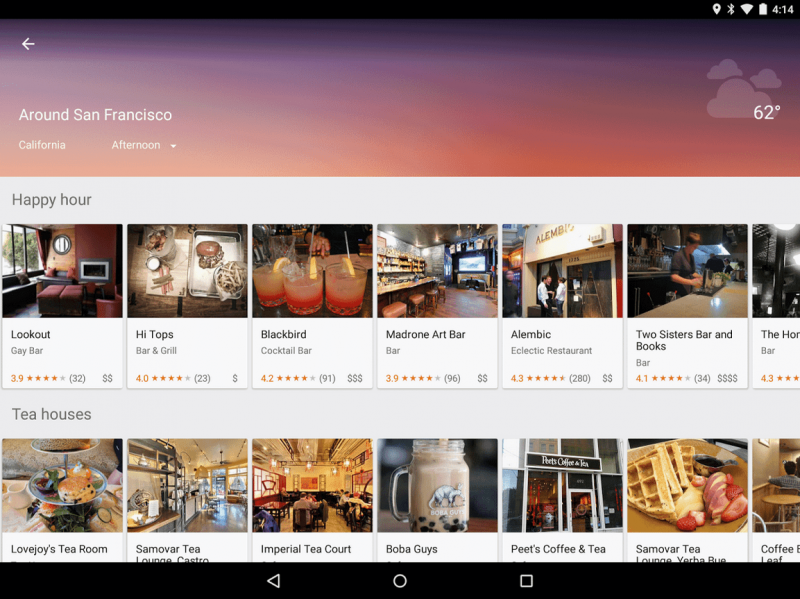 Google Maps is definitely one of the most widely used services made by Google, and besides the fact it is quite polished already, the company is regularly adding improvements. The latest one brings Google Maps to version 9.10 and while you won’t be getting any ground-breaking new features, sometimes even the smallest details can be even more useful.

The previous update introduced the ability to batch upload images and now, the Maps app lets users see multiple images simultaneously in a flowing gallery view. While photos can still be seen individually, there are now two new buttons available that let you add more photos as well as report inappropriate ones, replacing the old overflow menu.

The ‘Your Places’ screen went through a subtle redesign. The solid blue bar that allowed you to access your reviews has been replaced by a more stylish semi-transparent bar on top of your Google+ background image, with two buttons: one for the reviews (with a counter for ratings as well) and one for photos.

Last month, Google implemented a search feature for hotels, events and flights, which in the latest update also includes car rental reservations. What this means is you’ll be able to see the pick up and drop off locations for vehicles and other related information like confirmation number, times and type of car among others.

The Settings pane also received a new option. Previously you were only able to see the scale on the map while zooming in and out. Now you can opt for that or to show it at all times. Another minor tweak fixes a common problem with the ‘Shake to send feedback’ option which was enabled by default….well not anymore. The option could be triggered way too easily while on the move, so now the default setting is off.

The update is rolling out as we speak, and you can either get it in the Play Store or download the APK if it’s not available in the store yet.