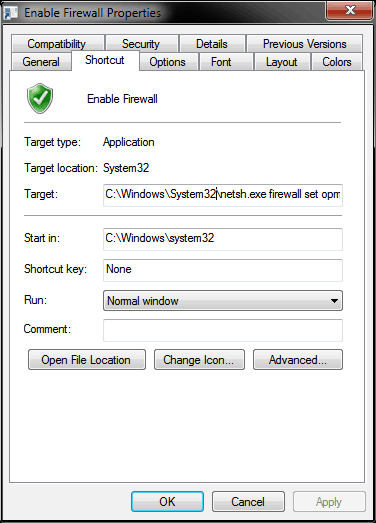 Why Try Jello When You Have Apple Pie?

Those of you who use Google Play Store as a go-to source of Android apps and games may wonder WHY on earth anyone would want to search for anything else? My friends, that’s simply arrogant. Diversity is humanity’s greatest asset, except for the cases when we aim to restrict or suppress it. Lack of diversity, or rather successful elimination of rivals, gives way to monopolies, which is always bad for both service manufacturers and consumers.

Because Jello May Turn Out to Be a Crème Brûlée

Diversity in Android apps has two sides – freedom and danger. On the one hand, alternative app stores give users access to content otherwise unavailable in Google Play for a variety of reasons (developer’s country of residence, for example). On the other hand, alternative app stores may have a more strict acceptance procedure than in Google Play, or, on the contrary, more reckless. Google-powered Internet will tell you each third Android app downloaded from non-Google Play store is malware. It makes perfect sense Google is protecting its own monopoly, but it does not mean apps on third-party repositories are 100% safe.

In fact, Google Play marketplace is not 100% safe, either. Last winter, we reported about nearly 100% of paid money management apps being hacked and re-uploaded to Google Play store, with iOS platform coming out a clear winner in terms of security of their app store. Google’s own veto process is far from perfect.

The solution here is common sense – don’t download shady apps, or paid apps that have been hacked and are now available for free. Likewise, restrain yourself from downloading so-called cheats and unlimited gold, or silver, or whatever perks a cheat can give.

The only two things that Google Play has right is the sheer amount of apps and games and the usability, although, the latter may be due to habit. Had I started with a GetJar years ago, I would have probably thought it to be the best option ever.

Last, but not least, alternative Android repositories and stores may offer perks you won’t find on Google Play:

It goes without saying developers benefit in both exposure and profit from submitting their apps and games to more app stores than just Google Play. If you take a closer look at this webpage, you will see there is a whole big world outside Google Play, and it’s thriving.

It would be a waste of effort to create an app and only submit it to a single play store. Why would users want to limit their choice then?

The onepf.org has an ample list of alternative app store for Android, and here is our much shortened list as of now. 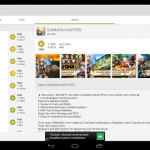 AppBrain has it all – large amount of apps and games, user and editor reviews, its own Android market app, daily lists of hot apps and games, handy installer, ways to share content on Twitter and Facebook, list of installed apps for syncing and backup, constant delivery of updates. The apps manager lets you move apps to SD card, quick start or uninstall, or update. It also has a ‘price reduced’ category, and delivers only the white, legal apps. AppBrain is consistent in identifying relevant apps and games based on user’s download history, and does a great job offering curated and thoroughly reviewed content. 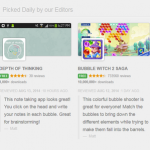 BAM is basically a search tool that helps users find hidden gems in the debris of Google Play, so if you are not willing to deviate from the Google line, we suggest you harness the power of BAM to search for apps and games. It highlights what’s trending and offers a great deal of categories, which makes it easier to find something which you are not even sure if exists. Narrow down your search to particular criteria by choosing from over 100 game traits, and you’ll be surprised at the results you wouldn’t have obtained in Play store. BAM also focuses on FREE and top apps and games, and does a great deal of reviewing, too. It also has an app manager, widget and plenty of other apps-related goodness of features. 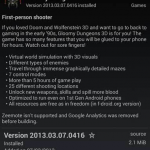 F-Droid is a repository of free and open source apps for Android. You get the store apk from F-Droid website and side-load it to your device – make sure to check ‘Allow installation from unauthorized sources’ in your Settings. The store app will track updates and make browsing apps repository easy, although do not expect the same number of apps and games as on Google Play, or the same usability. After all, it’s open source with peculiar perks, so no games with in-app purchases here. Likewise, open source means any community member can review and audit the source code, and report the app or game as malware – security by and for the community.

As a result, you get access to free, sometimes even ad-free, apps and games, potentially more safe due to the open source nature. The repo offers a fine selection of productivity and customization apps, and is frequented by developers behind VLC, Firefox, WordPress and many new games like 2048. The downside here is usability and lack of screenshots, but if you are after some great productivity apps and unconventional fun, try out F-Droid. 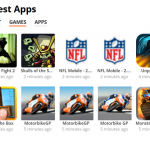 As of today, Aptoide features 227.938 apps, and as far as end-users are concerned, Aptoide offers a neat client app to manage downloads and updates, as well as browse Aptoide store. The apps you install with the help of the Aptoide app come from different repositories, which may work for locations where Google Play is not the best option. The Aptoide apk itself is open source and can be audited. 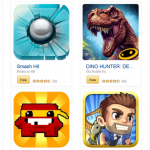 Even if you have Google authorized device and live in a Google-covered country, you probably want to tap into Amazon’s free app of the day give-away, which offers one-day 100% discount on paid apps and games. The store has awesome user reviews, and I would go as far as saying some reviewers do reviewing on Amazon for a living. The selection may not be as huge as on Google Play, but for some reason Amazon has the Hot Wheels Tracks Builder game, and Google Play store doesn’t. The store is easy to use and versatile, and all you have to do is register your account with Amazon. Also, Amazon’s security standards may be more strict than those of Google Play, but the downside here is geographical availability. 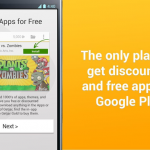 GetJar comes pre-installed on many devices, including Android. The categories are ample for searching, but that’s not the main appeal of the market. The greatest advantage of GetJar is in deals. It has its own arrangements with the developers, so you will be able to get your hands on premium content for free once in a while, or participate in GetJar Gold and Rewards program, for example, when you install and try out free new apps and accumulate rewards, which unlock more premium content you can get for free, such as GO Launcher, Beautiful Widgets or Rail Rush and many more. 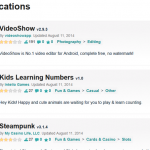 SlideMe has international reach, large user community and plenty of free and paid apps and games that undergo strict revision process and boast of fine reviews and descriptions. The store supports many payment options, including PayPal and is available nearly worldwide. You are more likely to find a decent app or game since the loads to filter are smaller than in Google Play, and less populated by crap. Editors at SlideMe claim their rejection rate is more than 60%, so quality standards are higher than those of Google Play. So, if you are looking for an app store with international availability, diverse payment options, a robust quality control system and greater diversity of apps and games, SlideMe might be it. It is worth noting the marketplace is open for developers who do not qualify to submit their apps to Google Play due to geographical restrictions. The marketplace also supports devices that are not authorized to carry a Google Play store app. 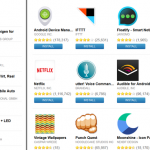 Androidpit is a large repo of Android free and paid apps and games with nice descriptions, ratings, categories and reviews. If you want a different opinion on what best, top and recommended apps and games might be like, try it out. Many apps are tested and reviewed by Androidpit editors, and you can find those in the review section. 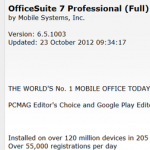 Some 39 thousand apps may not sound like a huge number, but those are apps and games designed specifically for Android Tablets. The titles are categorized, and there are lists for best free and best paid apps. The seal ‘Approved’ displays which devices are supported by the app or game while categories are ample, and even include a special section for grown-up boys and girls. AppsLib supports PayPal for payment, and has ratings and reviews system similar to that of Google Play. 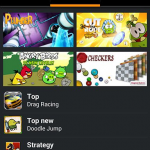 Yandex app store keeps popping up in every report on alternative Android app stores, and probably for a reason. With major popularity in the world’s largest country, Yandex makes a serious rival to Google Play store. Now, the downside here is it may be unavailable in some countries, and my guess it’s due to the ‘war of the worlds’ rather than Yandex own restrictions and policies. The app store itself has paid and free apps, pretty much the same as in Google Play, and has somewhat different payment options, but you can pay with your credit card for sure. All apps undergo Kaspersky scanning, and besides the internationally acknowledged developers, you will be able to find many stellar apps and games from former USSR countries, which are unavailable in Google Play. The categories and UI are clear and intuitive, and the apps come with ratings. If one day Samsung partners with Yandex on Android app store, we might see another world war raging online because Google folks might lose the nerve. Until then, it’s just an alternative like many others.

The list can go on forever, and we encourage you to share your experience with the above-mentioned app stores, or suggest a different store in the comments below.