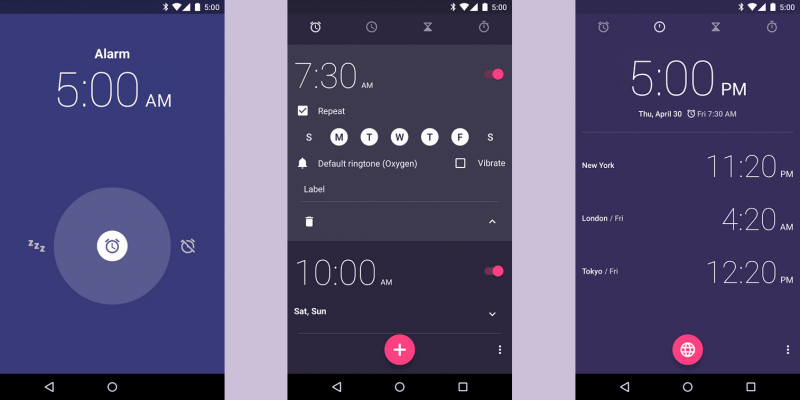 Unless you prefer a clock app with all sorts of bells and whistles, Google’s own Clock app is one of the best solutions, because it obviously integrates so well with all Android devices, plus it comes at the price of free.

The Clock app was previously built into the OS, although there are devices that don’t ship with it and there was no way to install the app otherwise. Now, anyone with a device running Android 4.4 or a newer version can download and install Google’s Clock app from the Play Store.

Naturally, the app’s interface has Material Design elements, and as of the latest update integrates with Android Wear devices, offering users the possibility to snooze or dismiss Alarms from the wrist. Other than that, Google’s Clock lets you set alarms, customize the World Clock pane with your favorite cities, as well as use the built-in timer and stopwatch.

This is just one of many Google stock apps which made their way onto the Play Store, allowing users to update them independently from the operating system. This was a minor update, but useful nonetheless so if your device didn’t have the app baked in, now you can head over to the Play Store and install it.