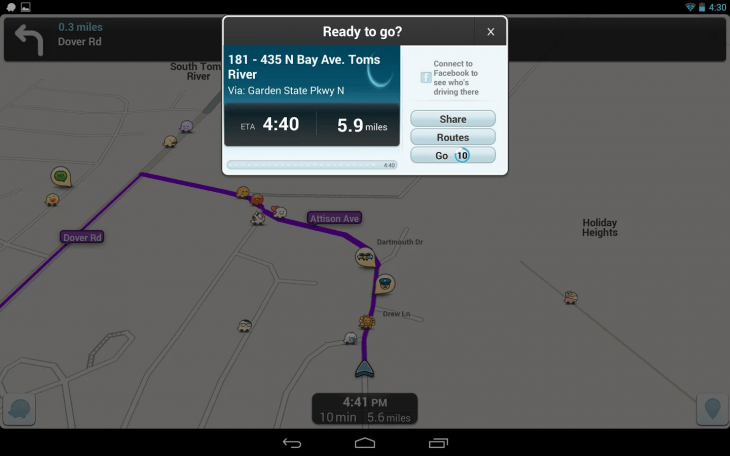 The navigation maker Waze, acquired by Google last year, announced yesterday it is updating its iOS and Android apps to add calendar integration. Now, iPhone and Android smartphone users will be able to see events and their location information directly from Waze’s navigation list. This means that if you are organized enough to add calendar events with address attributes, the events will show up in your navigation app with location info tagged to them. So, you can ask Waze to take you directly to the place of your appointment without having to switch to the calendar app or address book.

Waze also adds that currently only two upcoming events will be listed in Waze’s navigation list. If you don’t like the feature, you can simply disable it in your device’s settings.

The update may take another day to roll out worldwide, but chances are you already have it.