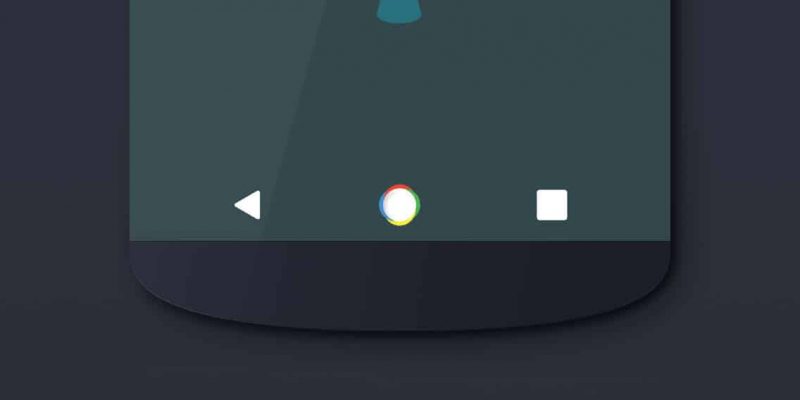 The upcoming major Android update is still in beta, and this piece of news hasn’t been officially confirmed and even if it would the navigation keys could suffer modifications by the time Android Nougat is publically released.

While the redesign is simplistic and of course in tune with Material Design, the home button is surrounded by dots which use the primary colors adopted for the Google logo and they are supposed to animate whenever you enable Now on Tap.

I’m sure this is not enough of a reason for someone to root their Android device, but if yours is already rooted then you can simply follow the steps below to get the Android Nougat navigation keys.

I already mentioned you will need a rooted device running stock Android Marshmallow. This is one way to install Android N’s navigation keys. The other one works for CyanogenMod 12 or 13. Both methods are easy so as long as your device fits in one of the scenarios described above, you’re good to go.

How to get the Android Nougat navigation keys

If your rooted device runs stock Android 6.0, you will need to have Layers Manager installed. I’ll detail this first method below as well as one for those who own a rooted Android running CyanogenMod 12 or 13.

With Layers Manager installed, all you need to do in order to get the Android Nougat navigation keys is to install a theme called N Navbar – Layers/RRO (see link below).

Once you install N Navbar, go ahead and launch the Layers Manager app and select the NNavbar theme. Then, scroll down and enable the General Overlays option. Also, you will need to tap the floating red circle icon and hit OK to enable N Navbar when prompted and restart your device.

Now your Android’s navigation keys will look just like the presumed Android Nougat design, but without the Now on Tap animation.

If your phone runs CyanogenMod 12 or 13, you will need to install a theme engine called N Nav Bar CM12/13. While lacking imagination, the name is quite descriptive. You can get the theme from the link below:

After the theme finishes installing, you will receive a notification. Tap on it and on the next screen tap on the floating bubble in the bottom-right corner. The theme will then be applied and there’s no need to reboot your phone.