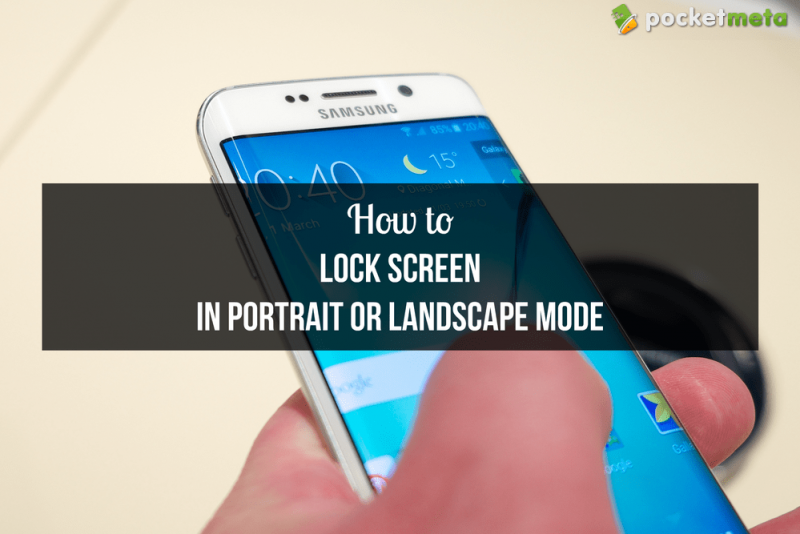 Some Android apps and games live a life of their own on your device. Yes, there is a big and wise concept and reason for them to be portrait-only, or landscape-only. But isn’t it annoying when they outright ignore your command to rotate the way you want them to? It’s aggravating whenever a portrait-only app would simply refuse to switch to reverse portrait. Come on, devs, we are past 20th century already.

Other times, you simply want to lock your device’s screen in a specific mode, so that it does not switch to landscape / portrait whenever you are reading in bed and reach for the next candy bar. Because reading makes your body burn tons of calories and you need to restore them, you know.

Additionally, whenever you accidentally shift your hand and your device switches orientation based on its sensors, it wastes lots of computational resources and energy. And for what?

Luckily, some tricks let you address that woe. Samsung devices, for example, have a Smart Screen feature that lets you enable a Smart rotation thingie – it will rotate the screen based on the orientation of your face by leveraging your front camera capabilities. To enable it, go to Settings → Display → Smart Screen → Smart rotation.

But that’s only a partial solution for a limited line of Android devices. Luckily, there are some third-party apps that can do the trick.

First of all, keep in mind that some apps and games may still refuse to transition to a forced landscape or portrait mode as you would expect them to, or lose some functionality in the process.

Second, the apps we included might not be the newest on the app store, but nonetheless they are functional. Some of them have not received an update in a long while, but still work. Without any further ado, here are the apps that lock your screen orientation the way you want it.

Set Orientation is a free app that once downloaded displays an easy-to-grasp drop-down menu that shows its options. For example, you can set to the Automatic mode, which will rotate your screen based on the device’s sensors for any app. This option will set that stubborn Instagram app to the landscape mode overriding the app’s in-built settings. Set Orientation also has a mode that will default all apps and games on your screen to go landscape-only or portrait-only irrespective of the apps’ settings. It’s a functional tool to force reverse-portrait mode for those stubborn apps.

The app itself resides in your Notifications bar, offering a quick access for whenever you need to change the mode. You can disable it from the app’s menu, which will enable your device’s native orientation settings.

Ultimate Rotation Control is supported, and is compatible with Android Marshmallow, with a fancy new material design theme for Lollipop devices and up. The free trial lasts 7 days, after which you will either have to buy the license or switch to a different solution.

The app lets you backup and restore its settings, and here is what it can do. Ultimate Rotation Control overrides app-specific settings and locks the screen in any orientation mode. Forced Auto mode, for example, lets you use native launchers in landscape mode, or override the default portrait mode in some tablets when you hold them “upside down.” It’s especially handy for tablets, and lets you use any app in landscape mode (Instagram, Spotify, etc.).

It has per app settings, which let you customize the modes and set exceptions for those cases when the forced screen orientation renders an app dysfunctional. The app comes with two widgets and a notifications bar quick access buttons that let you change your preferences.

With Ultimate Rotation Control, you can create shortcuts to specific modes, and use the app as a Tasker or Locale plugin to further automate your rotation rules. 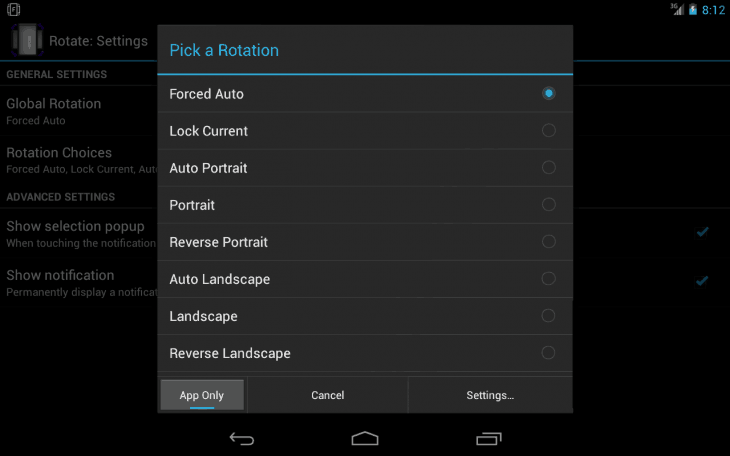 Rotation Control resides in your notification bar and offers nifty controls to adjust your screen orientation quickly, overriding app-specific settings. The app comes with the following modes: Guard that overrides app-specific settings; Auto Rotation that’s based on the sensors; Portrait-only; Reverse-portrait only; Portrait Sensor that switches from Portrait to Reverse Portrait based on sensors; Landscape/ Landscape Reverse and Landscape Sensor respectively.

The app’s functionality depends on your device, OS, ROM, while the Guard mode won’t let you tap Install when you’re in Google Play. Rotation Control works great to force-landscape your Instagram, or Spotify especially when you need it so on your tablet. 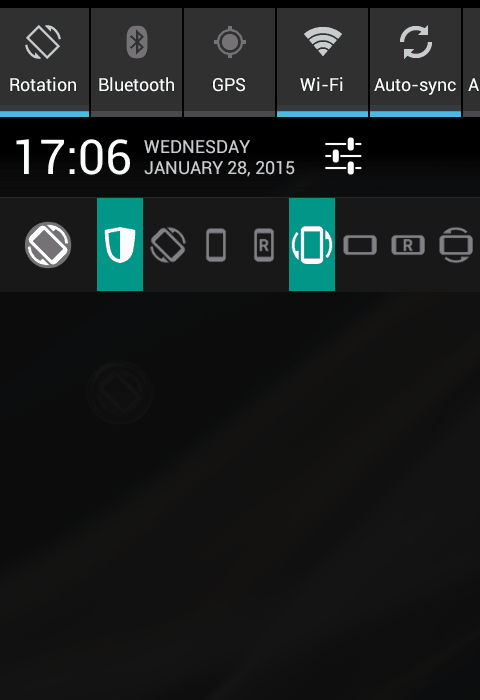 The paid version comes with a few additional perks, such as per app settings that let you exclude some apps that have trouble with forcing a landscape mode; custom-sized overlay button in adaptive model and an option to hide a notification icon.

The app, too, resides in your notification bar with the quick access buttons to enable one of the following modes: Adaptive detects your device’s orientation and asks if it should rotate; Landscape-only; Portrait-only; Reverse Landscape only; Reverse Portrait only; Force Auto that rotates the screen based on sensors, overriding apps’ settings; Stock auto – does not override apps’ settings; Stock portrait.

When in Adaptive mode, the app displays a transparent button that lets you choose whether to rotate, or not. You can not place it in a different position on the screen, however, and it shows up in the middle of the screen. The app starts automatically after boot, seems to not disrupt the camera functions. You can also select the option “Lock screen on portrait” in case your lock screen has issues with the landscape mode. 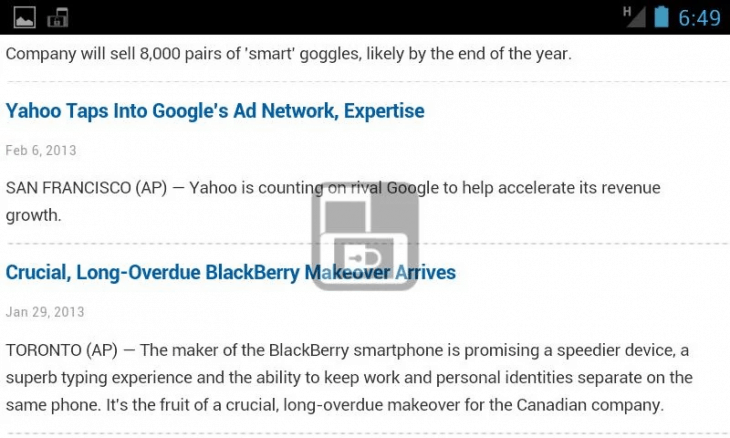 That’s it for now, hope this helps. Let us know if you have more apps suggestions for this list in the comments below, and don’t forget to follow PocketMeta on social networks for more news, apps and games reviews and guides for Android, iOS and Windows Phone.