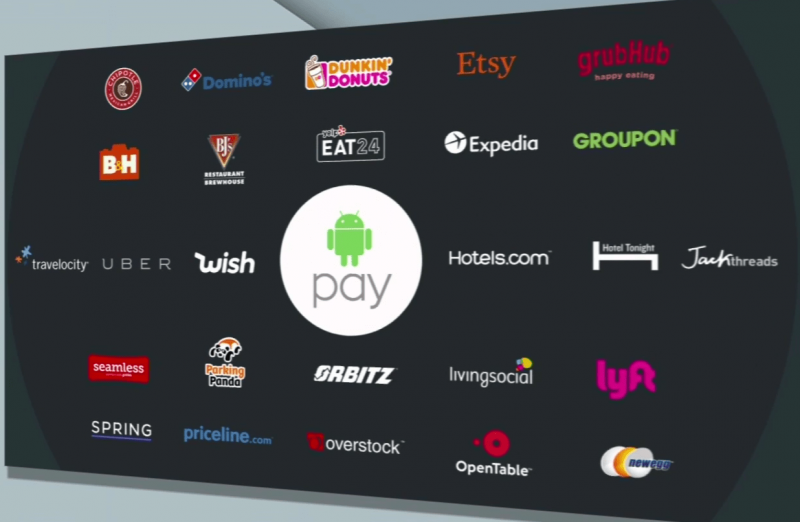 Android Pay will soon complement Google Wallet, and will likely draw a lot of attention from Samsung’s Pay service, which is exactly what the Mountain View based tech giant wants. No official launch date has been announced so far, but according to one of Verizon’s internal memos it could very well be September 16th. However, you should take it with a grain of salt, as this is not the first internal memo from a well known company that provides incorrect information.

What we do know for sure is that Android’s new mobile payments system is very close to completion so if you really want to, you can test it right now. There is the risk of it not working on your device for various reasons, but you’ll never find out unless you try it first. 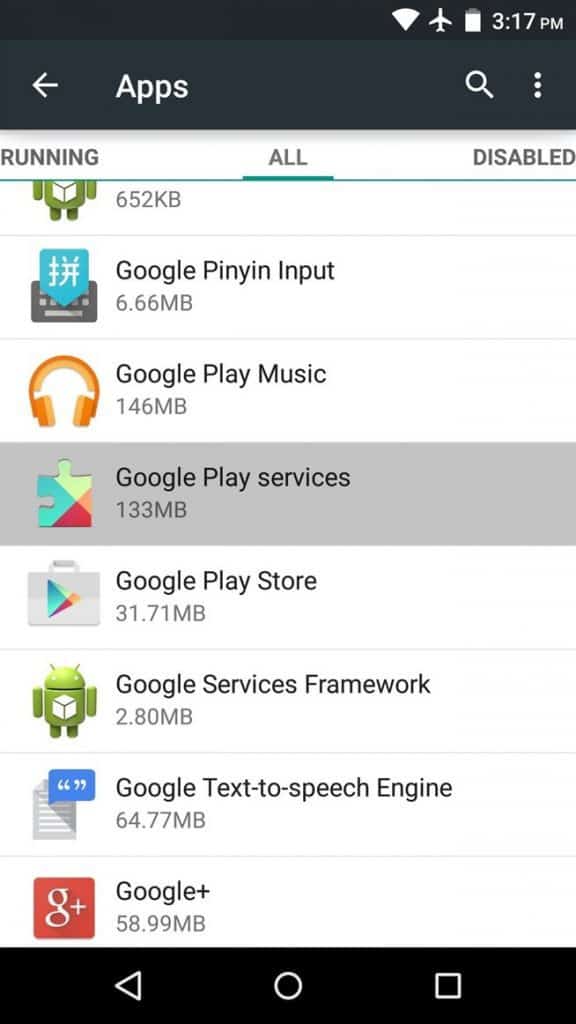 To check the version number go to your phone’s Settings -> Apps -> All and tap on Google Play Services to view the app’s info. If you don’t have the latest version, you can download and sideload it from this link (APKMirror).

As you can see, there are multiple variants for each version of Google Play Services. The last three digits inside the parenthesis can help you figure out which ones is for your device. From those three digits, we’re interested in the second one that shows your processor architecture and the third one which stands for the DPI value of your device. You’ll have to check those on the version that’s currently installed on your device and choose the latest version variant that has the same last two digits.

As a real example, on my device before sideloading the latest version of Google Play Services, those last three digits were 438, so I had to chose Google Play services 8.1.05 (2218116-238) as shown in the image above, for the upgrade.

I’m going to assume you now have the latest version of the Google Play Services app before you continue. Since Android Pay is included as an activity in Google Play Services, you’ll need an app that can launch activities. For the sake of this guide we used Activity Launcher (but you can use any other).

You can download and install Activity Launcher from the Play Store.

Now launch the app and open the drop down menu found at the top of the screen. There, select ‘All activities’, scroll to find the Google Play Services entry and tap on it. 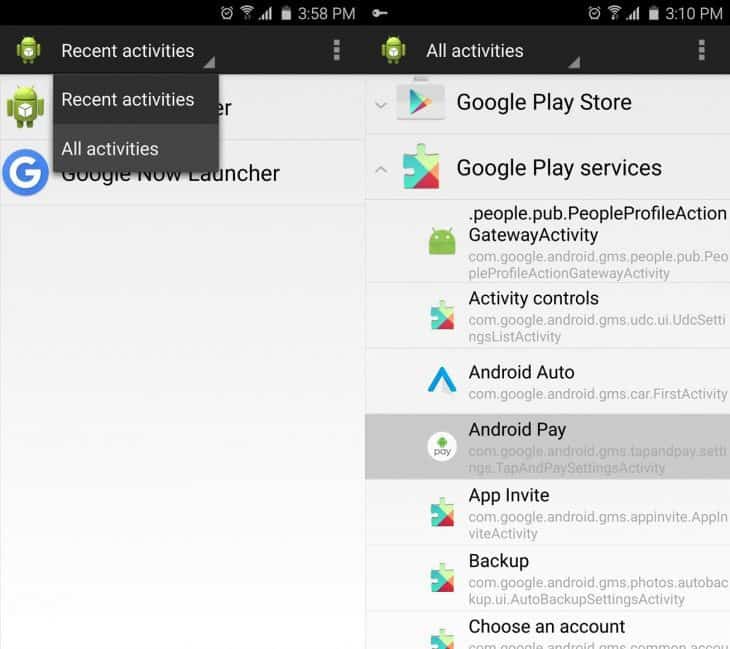 You’ll be prompted to set Android Pay as the default way to pay with your phone. Tap on ‘Yes’ to confirm and choose Android Pay in the menu.

To continue, tap on the ‘Add a credit or debit card’ button and if you already have a card added in Google Wallet you can select it in the next menu. You can also add a new card, using the related option, which will require you to scan the credit or debit card with your phone’s camera. 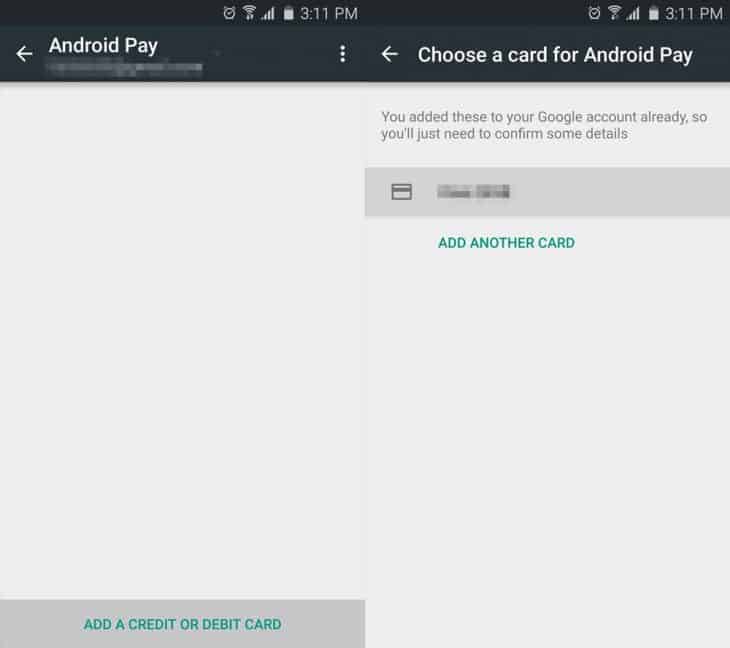 Then, you’ll need to fill in any missing information, hit ‘Continue’ when you’re done and press the ‘Accept’ button after you read through the terms and conditions. If you see the message “Card added’, it means Android Pay is now up and running and you can start using it. Don’t forget you also need to have lock screen security enabled in order to enter your PIN or scan your fingerprint whenever you want to pay for something with your phone using a compatible terminal.

If you don’t see the “Card added’ message at the end of the Android Pay setup, it means the service doesn’t work on your phone yet and you’ll probably have to wait until the official rollout. Other errors may occur, but this is expected since Android Pay is not officially out yet. At the very least you can give it a try to see if it works on your device.

Drop us a line in the comments section or on Pocketmeta’s Facebook, Twitter or Google+ and tell us if you managed to get Android Pay up and running.