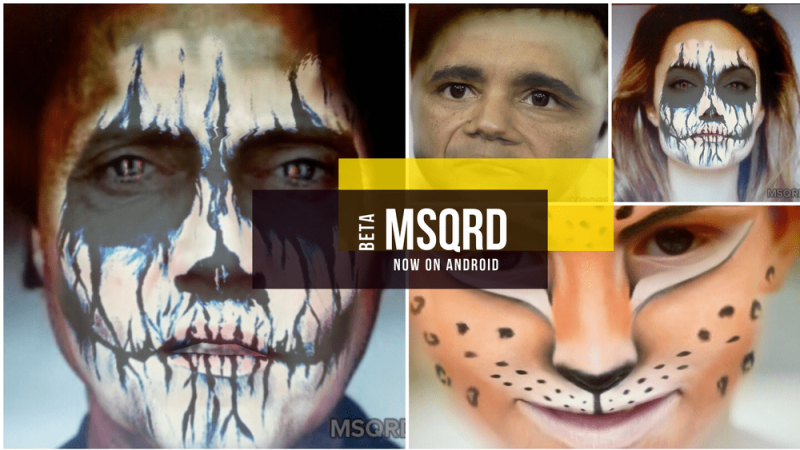 MSQRD, aka Masquerade, once iOS-exclusive hilarious image and video editing app is now in Beta on Google Play, and there is no reason for anyone not to grab it. The app lets you shoot pictures and videos of yourself and your friends masking your faces with funny, scary, creepy and cool masks. You know, like a masquerade.

The Android version is still in Beta, so do not expect the same quantity of masks as in the iOS version. As of now, it sports 13 masks, a couple of ghouls, some wild cats and bears, a Donald Trump (because you can’t go without him), Conchita Wurst and even president Obama.

We tested the app, and its facial recognition system works smooth. You can not edit the photos you already have in your library, but on the bright side you can make live videos with the masks. Again, the facial recognition works like a charm. So, you can smile, sing, close your eyes or shout – it recognizes facial expressions pretty accurate.

Once you are done toying with the masks, you can hit just save or directly share the result via your social network accounts – Facebook, Instagram, Twitter, or any chat app. The images and videos appear in your Gallery, under MSQRD folder. Both images and video clips have the MSQRD watermark. The video limit is some 30 seconds, if I am not mistaken.

We are anxiously waiting for the developers to bring the rest of the masks available in the iOS version to Android. The iOS version has recently expanded with quite a few funky faces and features. For one, you have the Harry Potter, the Oscar-surrounded Leo DiCaprio, an awesome Iron Man helmet, David Bowie and many more.

You can edit the video with the help of the built-in cutting tool, which is rather basic, but hey, they app does all the magic for you.

One of the most awesome features is the face swap, not yet on Android, that lets you take videos of two people swapping the mask. Take a look at the compilation to see how it works in action.

It appears the app does not recognize animals, so don’t expect it to work seamlessly with your dog’s face, but it can create a pretty spooky effect if you apply it to your toddler video.

MSQRD is free on Google Play and iTunes, and the iOS version does not seem to have the IAPs, so we can expect the same treatment on Android.

Oh, and celebrities love it. Now you don’t need to download Snapchat just for the sake of the filters because Masquerade has come into town.