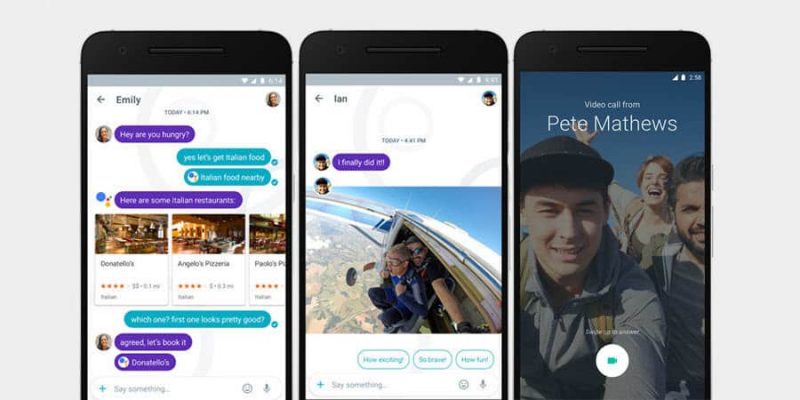 Google Allo, the smart messaging app from Google has finally launched for both Android and iOS. Beside numerous features that extend beyond messaging capabilities, the app allows you to send messages to those who don’t have it installed.

Allo uses your phone number to identify your device. It performs an initial verification through a text message and you can also link the app to your Google ID (this process is automated on Android). Obviously, the most important part is how Google Allo works for those who don’t have it installed, and I’ll get to that in a moment.

The app pulls contacts from the existing list (just like WhatsApp), but those who already have the app installed will be displayed at the top. Even so, you can still message contacts who are not using the app.

If you send a message to someone that doesn’t have Allo installed there are two possible scenarios. If they’re an iPhone user, they’ll receive an SMS with your name, the actual message a link to download Google Allo.

They can reply to your message and optionally visit the link to quickly install Allo on their iPhone.

If you send the message to an Android user things are quite different. The message reaches the device of the recipient as an app preview notification. In other words, the Android device simply receives a notification so it doesn’t rely on SMS. And if they choose to reply, SMS isn’t used in this case either. Interestingly, that notification is almost like having Allo installed even if it’s not.

This is a basic description of how Google Allo works for those who don’t have it installed. It looks like Google designed Allo so that it’s a functional communication app even without a huge community, which makes it a strong competitor for already popular chat apps like WhatsApp and Line.

We should also take into account that at some point, Allo might come pre-installed on plenty of Android devices and sooner or later Google will probably start leveraging their power over Android to increase the number of Allo users.

Allo might still be rolling out at the moment so you might need to wait for a few more days to get it, but normally you should be able to download the app from the links below: