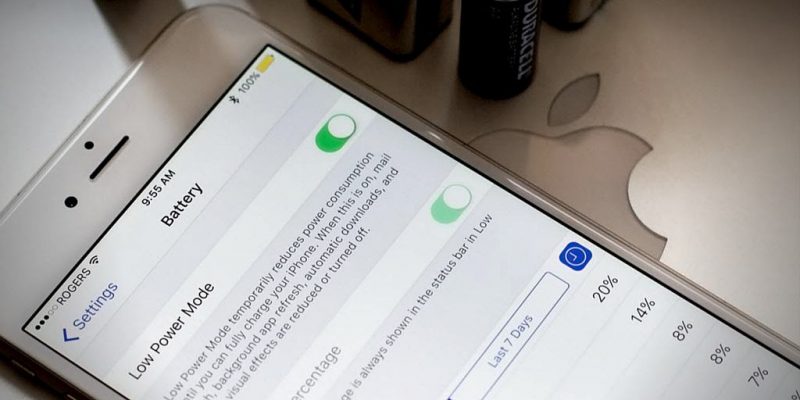 The powerful hardware and large touchscreens make battery life a universal problem of smartphones, and power-hungry apps are one of the most frequent culprits. It’s not just about how much you’re using them either, the ones that shamelessly take a toll on your battery do it in the background as well, while you’re not even actively using your phone.

It’s true, iOS developers for popular apps are usually careful to provide regular updates which include battery optimizations among others. But not everyone can get it right and there’s always the possibility you have at least one battery-killing app installed right now.

Luckily iOS 9 comes with improved battery management options so finding the most battery-draining apps you have installed is much easier now. Here’s how to do it:

Open your phone’s Settings and tap on Battery.

Now you can see battery usage stats for all of your apps, starting with the most power-hungry ones as well as the main reason behind the problem. To get a more general overview on how your apps are using battery you can switch to the ‘Last 7 Days’ pane.

On our phone WhatsApp is the leader in battery use with 34%, followed closely by Facebook with 32%. This means 66% of the battery used during the past day went to these two apps. It’s true, these are both social apps designed to keep you connected to your friends, but still it’s a bit disappointing to see how much battery they actually use. 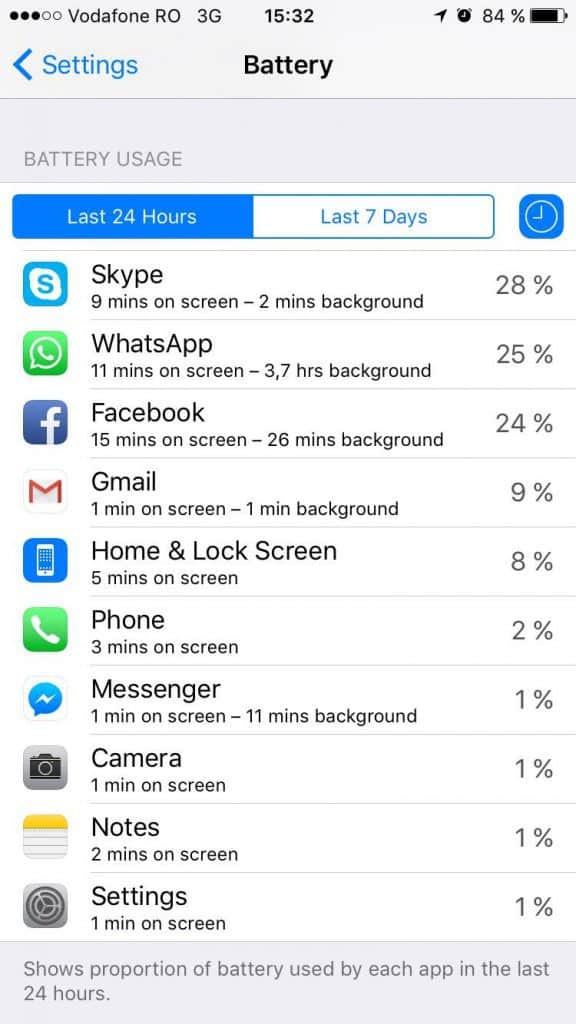 Tap on the clock icon to see more details. The battery manager now shows additional information on how your apps behave. As you can see in the example pictured above, WhatsApp has a lot of background activity that’s likely to blame for the app’s high power consumption, although Facebook is also pretty good at draining the battery despite the much lower background activity time. 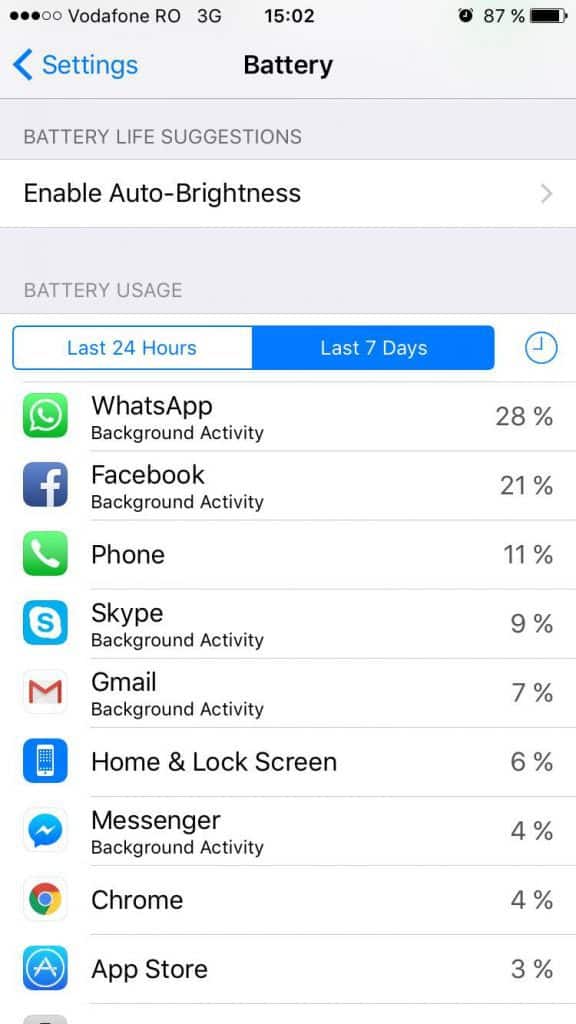 You can de-select the clock icon and you’ll get a summary of the most power-hungry activity of each app. In our case background activities are to blame for, but you might see something different on your phone.

You might ask yourself what you can do with all of this information? The most drastic approach would be to simply uninstall the apps that are using your battery too much and too fast.

In some cases, you just can’t live without the app(s), in which case you can go to Settings -> General -> Background App Refresh and deselect the items that are draining your battery. But even this comes at the cost, at least for apps like WhatsApp, Skype, Viber that work in the background to keep you connected with your contacts. If you won’t allow them to perform background activities, they’ll only work while you’re actively using them. It’s either this, or start looking for alternatives.

Which apps are responsible for draining most of your phone’s power and have you found some alternatives that are more battery friendly? Let us know in the comments section below or leave us a message on  Facebook, Twitter or Google+.