Implosion: Never Lose Hope, is a new premium hack and slash game for iOS/Android, and so far it has gotten off to quite a good start as far as the player and critic reviews go. If you haven’t yet, make sure you check out our full review of the game as well. Moving on, for those who have the game and are looking for some help, look no further! We’ve got you covered with a handful of useful tips and tidbits that will hopefully give you some insight it different areas of the game.

The controls are pretty easy to learn, but require a bit of concentration and practice to master them. If you’re looking at things in the most basic way, you’ve got an attack button, an evade button, and three basic one-tap ability buttons. Now, the most complex of these is definitely the attack button, because you can really do a lot with this one. Simply tap the button repeatedly to execute a basic attack combo, or you can hold the button down for brief intervals to unleash different combos. Make sure you practice this often and learn what the different combos are, so you can effectively use them in different situations. 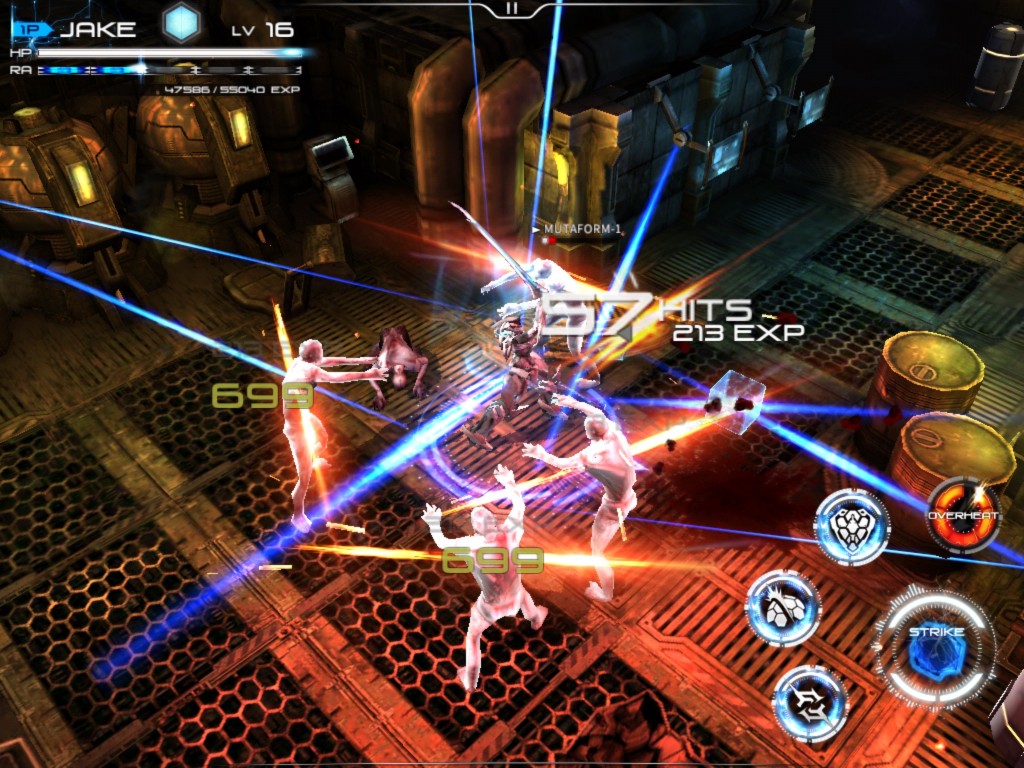 Your dodge roll provides you with a brief instance of invulnerability, so this is really effective when you use it just as an enemy is about to attack. Most enemies that you can’t just beat to death with no way of them hitting you, such as bosses, are pretty obvious about when they will unleash an attack. Keep an eye on them and dodge right as they are about to strike, and then unleash a combo attack of your own or spend some RA on a big damage ability.

If you are just playing through the campaign, leveling up, and waiting for new abilities to pop up and replace those X’s you see — it’s not going to work. In order to get new abilities, you need to equip a new main ARK, via the main menu. Go into the ARKs menu and you’ll see seven different slots, hopefully you’ve already messed around with this a bit, but these essentially are your armor pieces. The big one in the middle is your main ARK that determines not only some stats, but also which RA abilities you have access to.

Look around at the ones you have and see what abilities they have to offer, and make sure you try out all of them to see how they fair in combat as well. Some RA abilities are more useful for certain levels too, for example, a regular campaign mission might be easier with AoE damage inflicting RA abilities, whereas a boss would be better suited for single target. Just know that if you’re failing a certain mission, that you’ve got a plethora of different abilities that might work better.

One of the possible stats you could increase by equipping ARKs is “Hack Level”, which has one use in the game — to open various locked doors throughout campaign. Certain doors have a higher required hack level than others, so you should always be keep an eye on the ARKs you find to see if you’ve got a new maximum hack level. There’s no indication of whether or not a certain level has a hackable door, so you may just want to always keep an ARK that boosts hack level equipped just in-case.

Regardless of if you do keep a hack level at all times or you don’t worry about it, you should keep a note of which levels have a locked door — then when you go back and play on another difficulty, or try to unlock some badges, you can always equip a hack level selectively. 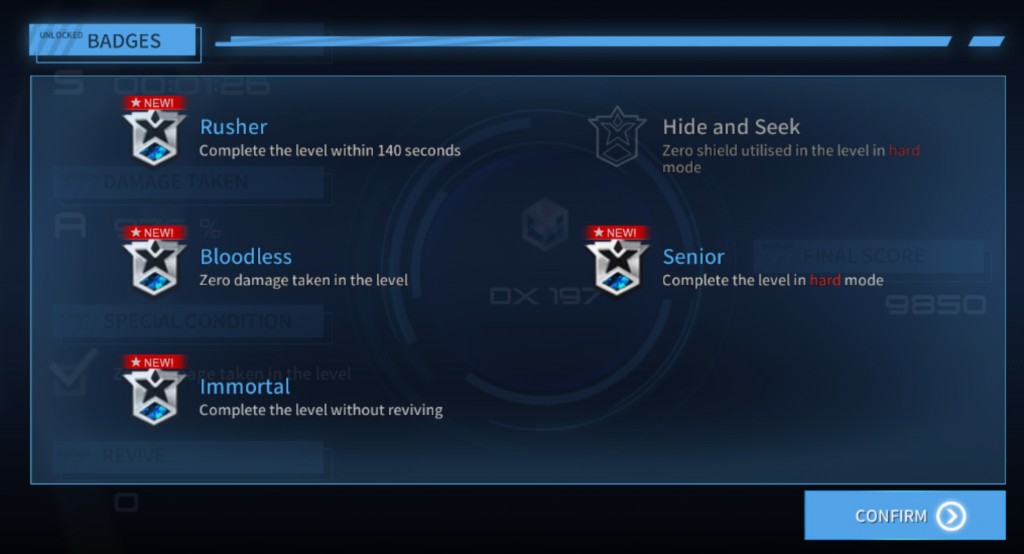 As you’re playing through the game, try to keep an eye on badge requirements and accomplish them if possible. If you plan on playing the game after you complete it on Normal, getting all of the badges is definitely going to be something you want to do, so if you can get a head start it’s really helpful. Some of them are pretty much impossible to do on your first play-through, like completing a mission without using any shield, or completing it extremely fast. However, some of them like “smash all of the containers” can be done very easily, and makes it easier to focus on other badges the second time around. 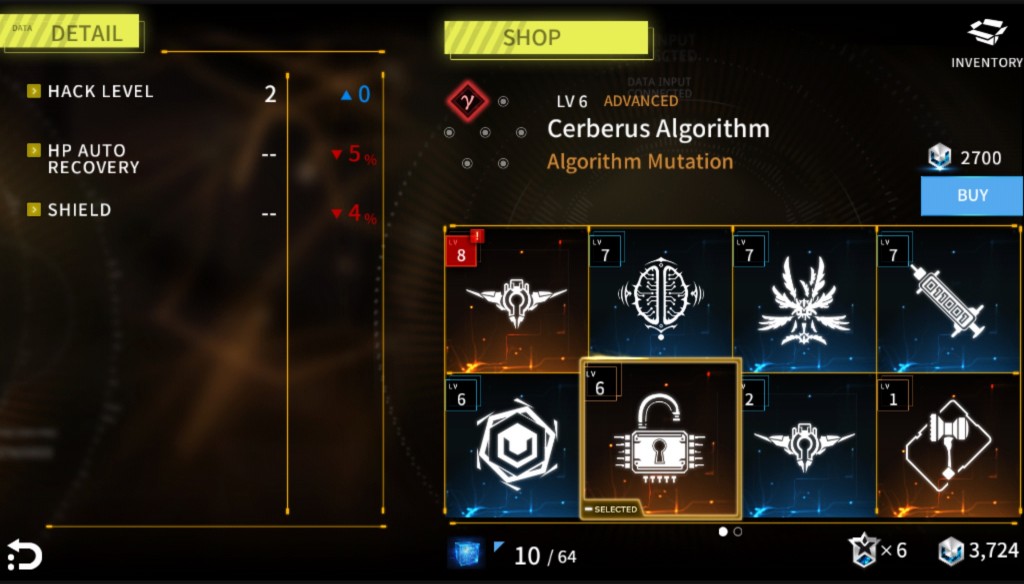 Need to increase your hack level, or are you possibly looking to get a new main ARK to try out some new abilities? Don’t forget to check the shop, because you’ll likely be able to snag at least a couple of upgrades. Credits don’t serve much of a purpose outside of buying ARKs in the shop, so you should never neglect this feature.

What is expert mode? You’ll notice there’s a grayed out “Expert Mode” on the main screen. This unlocks after you complete the game (regardless of Normal or Hard mode). Expert Mode is essentially the same as Normal or Hard, but has a separate level selection screen, and a new set of badge rewards.

Does Crimson start at Level 1 when you unlock her? No, Crimson starts at Level 15 with a full set of ARKs. Plus, you’ll likely have enough credits by the time you unlock her, to buy several new ARKs from the shop (you also can use any ARK that isn’t specific to Avalon). 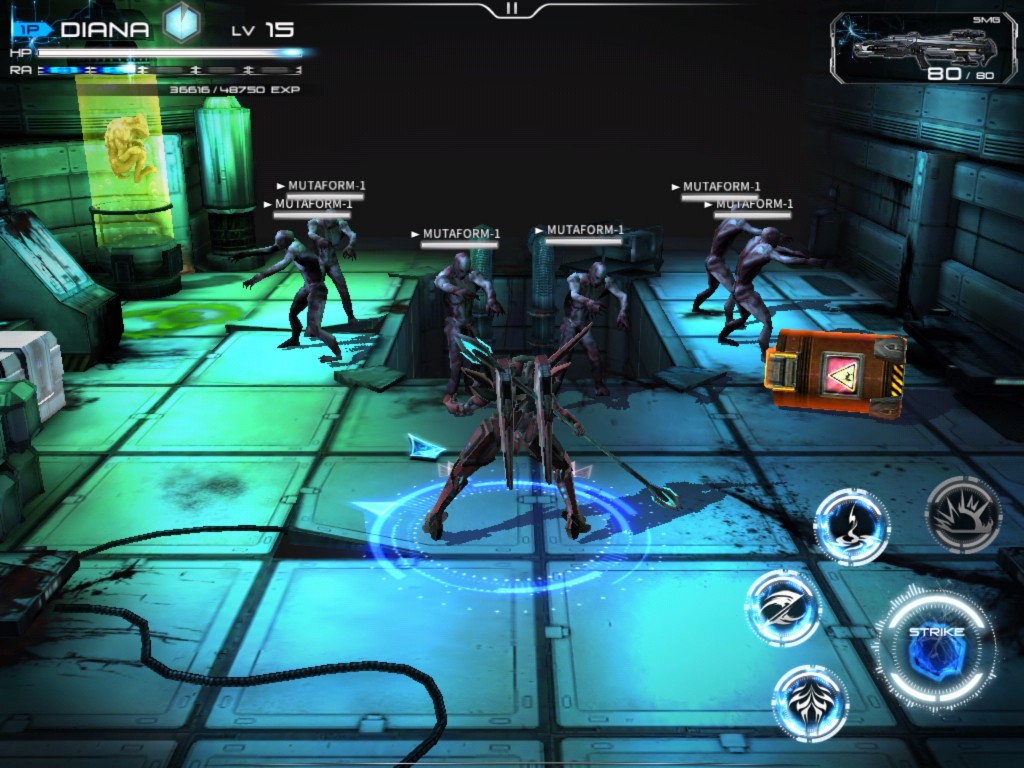 How long is the entire campaign? In total, there are four chapters with eight missions in each — with the exception of Chapter 4 having two more stages for a total of 10. That’s 34 missions in all for anyone who is bad at math and lacking a calculator.

Does a multiplayer or endless mode open at any point? As far as I know, there is no other game mode outside of the campaign. I haven’t completed Expert mode yet, but I am doubtful there would be any content along those lines after completion.

Thanks for checking out this Tips & Tricks guide for Implosion: Never Lose Hope. Make sure you bookmark Pocketmeta for more mobile game guides, reviews, and news for Implosion and many others.