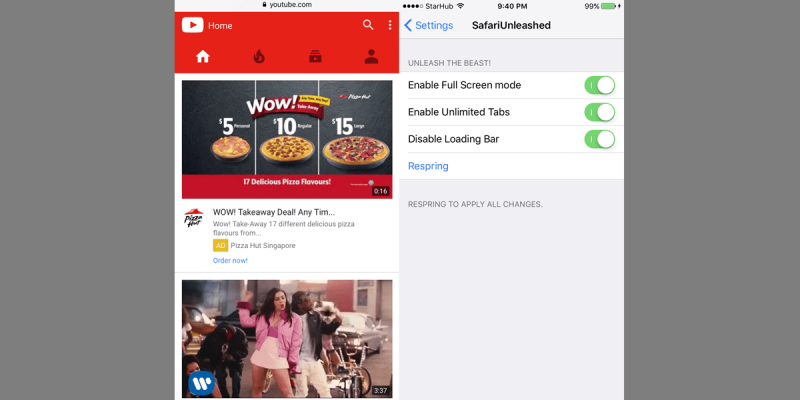 With Safari being the stock iOS browser, most owners of iPhones and iPads chose it as their daily driver. It might have a lot of features, but that doesn’t mean there’s not room for improvement. SafariUnleashed tweak aims to make Apple’s mobile web browser better in the performance department.

More specifically, the tweak provides three performance improvements which will surely be appreciated by those who use Safari often. The first thing it offers is the ability to have an unlimited number of tabs open in Safari at the same time. The default tab limit is 36, but with SafariUnleashed installed, this limit is removed and you can open as many tabs as you need. 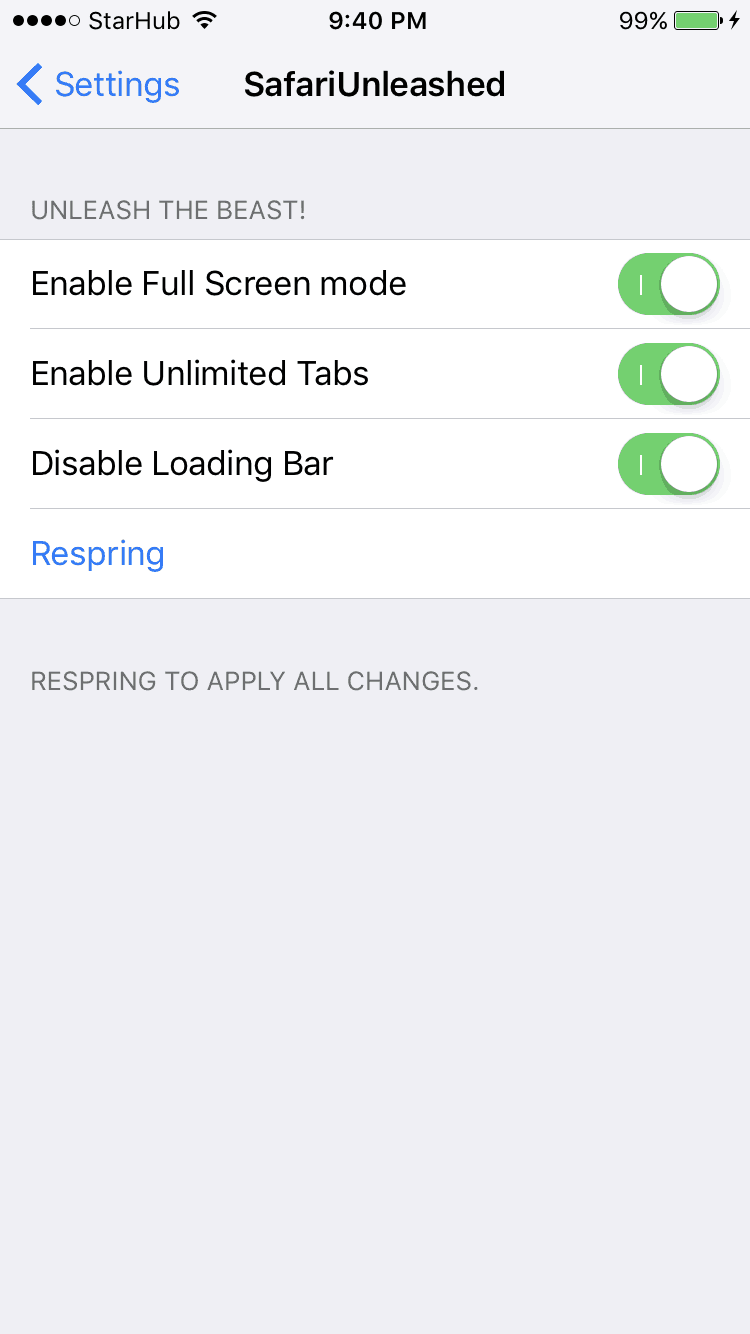 Secondy, the tweak can prevent iOS from killing tabs because of low memory. To make this possible SafariUnleashed tweak disables the automatic memory clearing feature in iOS, which automatically closes tabs when memory is too low.

While those with newer iPhones might not need this feature, it can be useful for those who own older models with only 1 GB of RAM like the iPhone 5s for example.

Last but not least, the tweak forces JavaScript for faster loading of web pages and videos. With the tweak installed, they should load up almost instantly, which is great because who doesn’t want that?

The best part is the SafariUnleashed tweak is available for free and you can get it by adding rishanan.github.io to your Cydia sources. Official support is provided only for iOS 9 and iOS 10, though if you’re willing to do this on your own risk, you can try it on iOS 8 as well.

Have you tried SafariUnleashed and did it help you improve your Safari experience?