The game’s description says “No pixels were harmed in the production of this video game.” I am glad, because the neurons in my head have just been harmed, and I feel I need to try and meditate to get the splashed gray matter back into my brain. That’s what Golden Scarab does to you – a captivating, hard, mesmerizing yet explosive experience that will provoke seizures in epileptic players – don’t say I did not warn you. 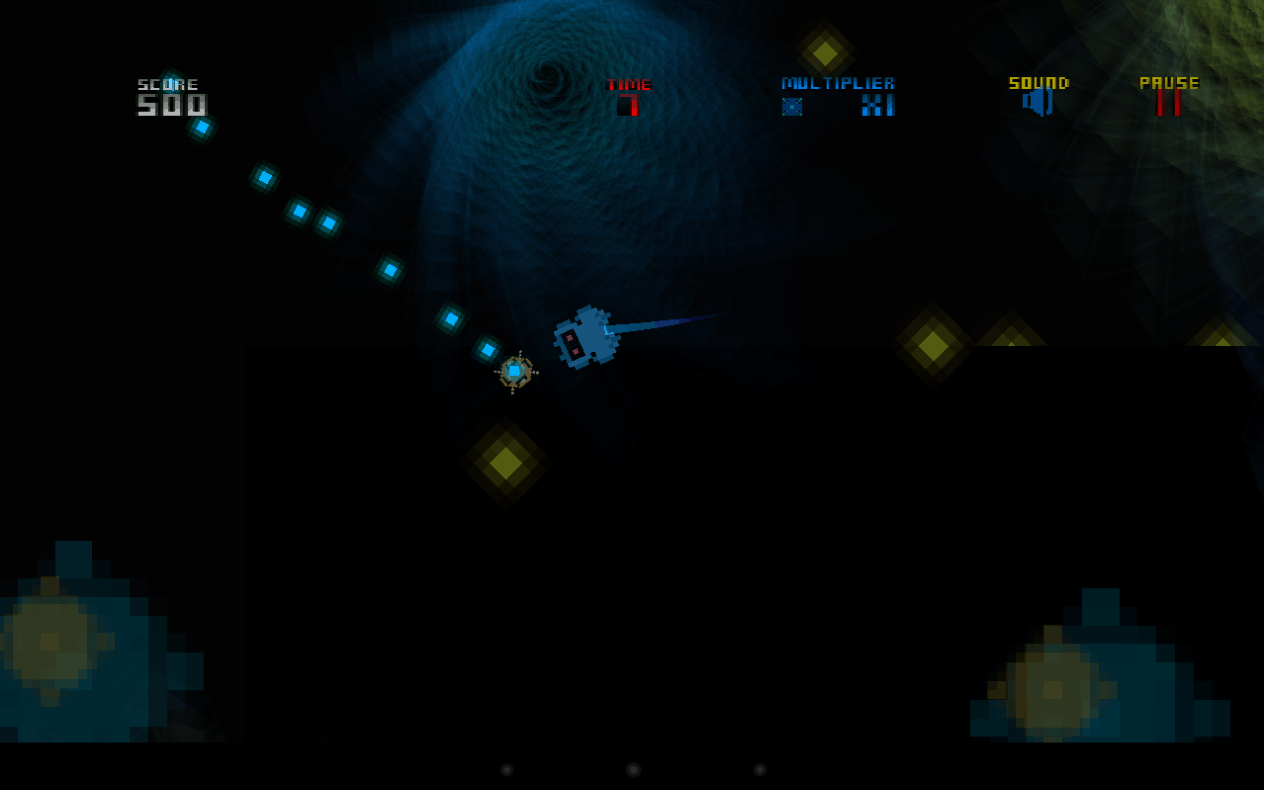 Other than that, it’s a perfect dual-stick bullet hell shooter that sees you controlling a pixel blob on its killing spree somewhere in the infinite depths of the digital vortex. Its enemies pop out from the swirling black hole all over the place. Well, they’re not black, but neon green, lime, pink and purple, while the bullets are orange, blue and red. And neon! Everything but the dark background is gloriously neon and pixelated, so any retro style fan should enjoy the visual tripping of Golden Scarab. 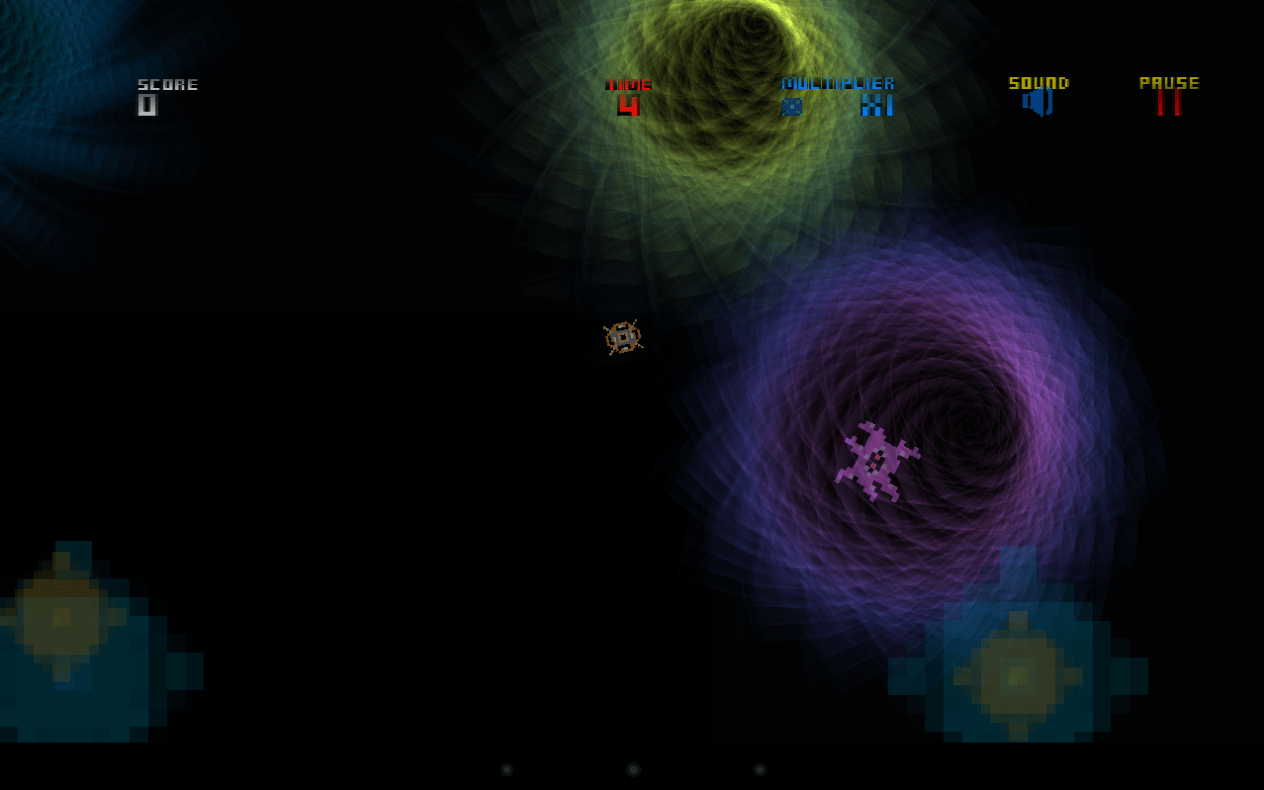 The game comes from an indie developer Andrew Perry, and is also available as a browser game and OUYA compatible. Both browser and mobile versions are compatible with the external controllers, which is great in itself, but the onscreen buttons are adaptive to your tap positioning. 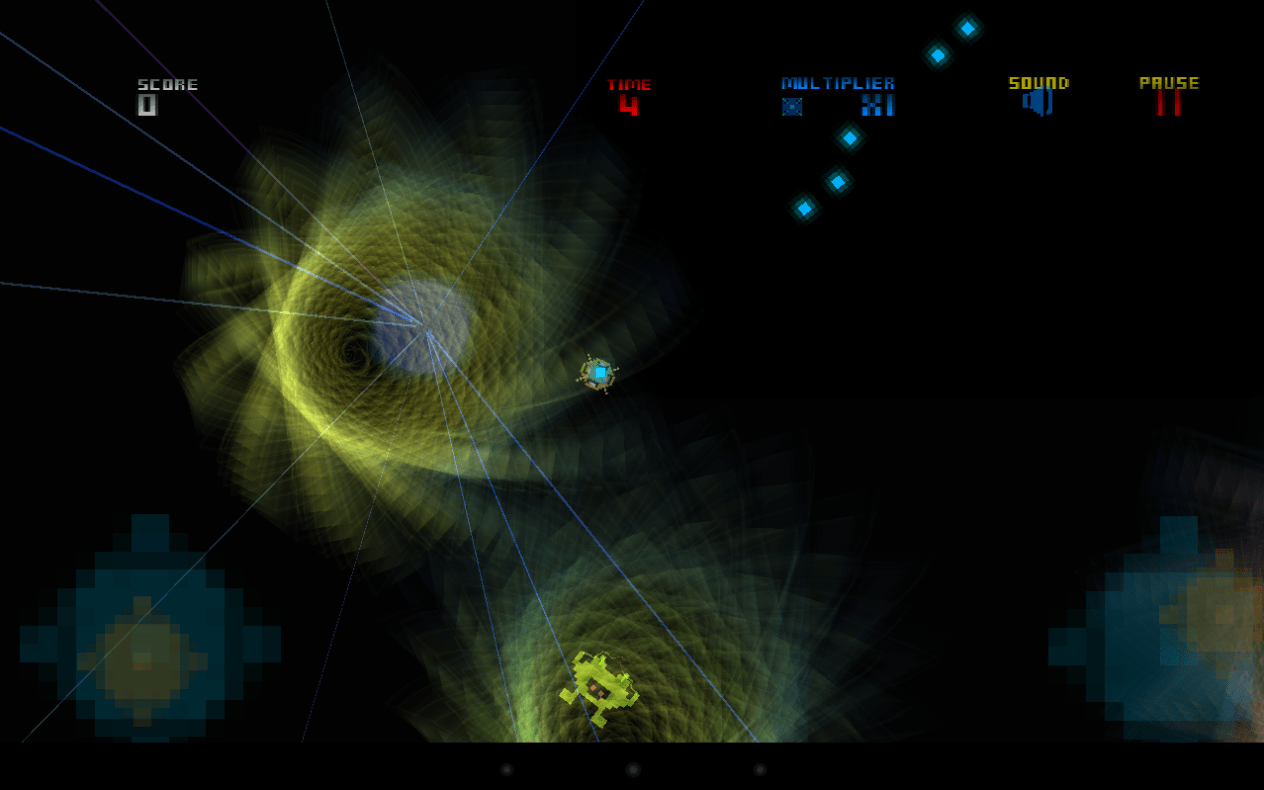 The game features five types of enemies, each with its own attack style and respawn abilities, but honestly, I don’t know if you can recognize them behind the frantic shooting hell you’ll be seeing on screen – it’s brain melting.

If you are in for a reflex challenge, especially the right and left hand coordination one, make sure to check out Golden Scarab’s spectacular blasts. Replaying is fast, and the game is great for short bursts of adrenaline while on the go, or when you are trying your best not to fall asleep at the office. It plays offline, but also offers some ads to support the developer. However, they are not frequent or obnoxious. Other than that, the game is free, no IAPs. Achievements and leaderboards for the competitive players are available. 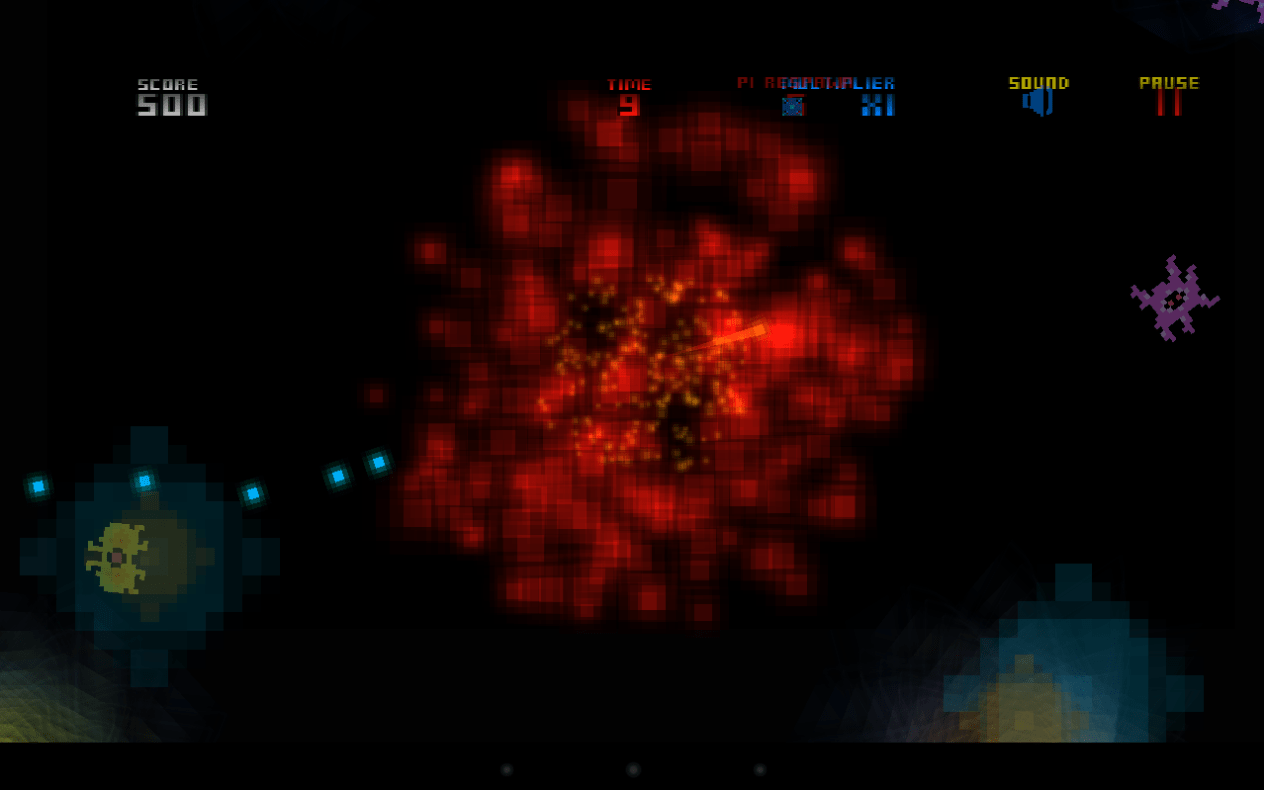 Needless to say, the visual style is coma-inducing and the soundtrack is totally appropriate – you can tune in on it on Bandcamp, by the way. Its style is dubbed “arcadecore dubstep” so that you know.

Overall, Golden Scarab is a total brain blast – don’t play it for too long. Watch the trailer above to get an idea of the gameplay.

What do you say – do you like the gameplay and the visual style of the game? Share your impressions in the comments below, or join a conversation on our forums and don’t forget to like and follow us on Pinterest, Google+, Facebook and Twitter to receive our hand-picked apps and games news, reviews and OS how-to’s for Android, iOS and Windows Phone!