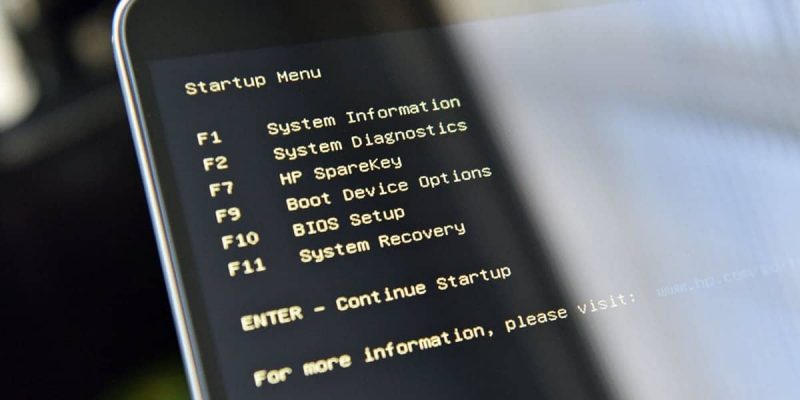 Lately, there’s been a lot of turmoil over the new Meltdown and Spectre vulnerabilities. The concerns are certainly not unfounded since the flaws take advantage on how processors work and can affect almost any device under the sun. The Meltdown bug has a somewhat simple fix as it can be patched via a system update.

Nevertheless, when it comes to Spectre, things are a bit more complicated as it requires a BIOS update. Most PC manufacturers have already started to work on BIOS Spectre updates and have already released them for specific models. This is where it gets tricky – with so many computers and laptops out there it may take a while for all of them to get the update. Regardless, you need to learn how to install the BIOS Spectre update on your computer and we’ll show you how right away.

How to install the BIOS Spectre update on your computer

Unlike an operating system update, a BIOS update doesn’t install automatically. You will need to download and manually install it. Also, it’s something most PC users don’t do, but since Spectre is a serious vulnerability, there’s really no way around it this time, at least not unless you don’t care about your computer’s security.

While you will need to get the BIOS update for your specific computer model, the good news is, the installation process is the same for all Windows versions.

Find the BIOS Spectre update for your PC

As I already mentioned, the first step is to find and download the correct BIOS Spectre update for your PC. We’ll list the links for official BIOS updates released by the most popular PC manufacturers below, although keep in mind the BIOS Spectre update might not be available for all computer models yet.

However, save the link for your computer manufacturer and check it every now and then so you can install the BIOS Spectre update for your PC as soon as it becomes available. And if it already is, we recommend you do it right away.

Acer – Acer plans to publish the BIOS update for Spectre in March this year. On this page they have listed all affected PC, laptop, and server models so check back in March to get the update.

ASUS – The company has already released some BIOS Spectre update and more will be published as soon as they become available.

Dell – On this page, you will find a table with all of Dell’s affected laptops and links to the BIOS release (or the current status if not available yet). If you need to patch other Dell products check this page.

HP – HP has released BIOS Spectre updates for many of their PC and laptop models. The models for which updates aren’t available yet have the estimated release date right next to them.

Lenovo – Lenovo also provides clear information on which of their models already have a BIOS update for Spectre and the ones they’re still working on with estimates on their release.

Microsoft – The Surface tablets will update their BIOS through Windows updates. Convenient, right?

Panasonic – The company is working on BIOS updates as we speak and they plan to release them in February 2018.

Toshiba – If you own a Toshiba laptop or PC you still have some waiting to do. However, the wait shouldn’t be long as the company plans on publishing the BIOS Spectre updates early this year.

Vaio – This page is in Chinese which is not exactly ideal, but if a model has a linked file, that’s the BIOS update you need to download. If you insist on reading the document you can rely on good, old Google Translate or your awesome Mandarin skills if any. Updating BIOS is a pretty straightforward process as long as you follow the instructions precisely to ensure everything goes smoothly. Any BIOS update is in fact an EXE file. However, before anything else make sure all your apps are closed and if you’re using any UI modification apps you will need to close those as well.

Your computer must also be plugged into a power source that’s reliable so the update process doesn’t get interrupted.

Only then, you can run the BIOS update .EXE file you have downloaded. The entire installation process is automatic. The main thing you need to do is let it happen. When the update is complete, your computer will boot to the desktop automatically.

If that fails to happen you should shut down the system, either from the lock screen’s power options or by long-pressing the shutdown button on your laptop or PC and then turn it back on.