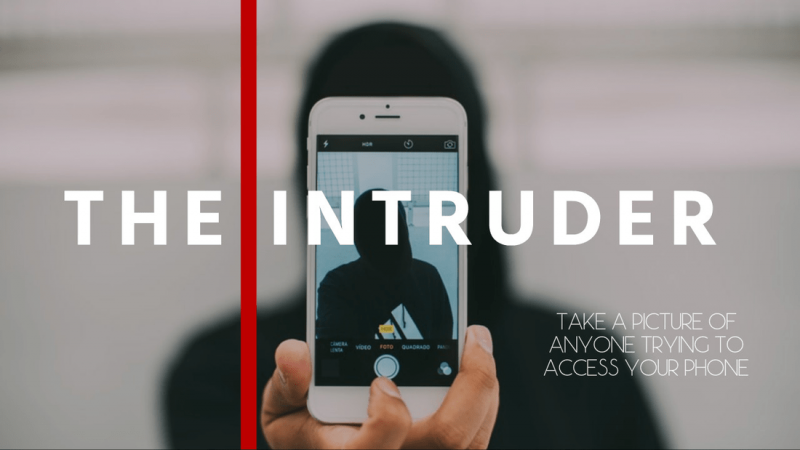 How do you set your phone to take a picture of an intruder, or anyone trying to unlock it without your permission?

Situations when you can’t trust your family members or friends to not poke their noses into your private stuff suck bad enough. So, let’s skip that part as to why you may want to have that security feature in your device. In situations when a thief tries to unlock your phone, his or her selfie uploaded to your email or cloud drive won’t help you retrieve your stolen device. So, this kind of a security measure is more of a precaution, and a way to get some valuable insight as to who is trying to snoop on you. Without further ado, below are five apps iOS and Android that take a picture of an intruder trying to unlock your phone, when you are not around.

Third Eye has been specifically designed with the snoopers in mind. The app takes a photo of anyone trying to access your Android device and enters a wrong PIN, password or pattern. You will then see the notifications of the forced attempts when you unlock your device. The app has a nifty “Last Unlock time” feature, which shows you the last time you unlocked your device. This one is really helpful to identify and apprehend those intruders who know your PIN, password or pattern.

I am not saying you can’t change a PIN. But when your objective is to make sure someone truly is poking their nose into your phone, Last Unlock Time may help you out. If someone knows your PIN, the app won’t take a picture of them, but the last unlock time will prove your suspicions wrong or right.

For the Third Eye to work, the device must have a front camera free of duct tape. Because if you are like Mark Zuckerberg and put some tape on it, you will never know who tried to snoop on you.

Third Eye takes a photo in the background, silently, so your “frienemy” won’t know they’ve been caught. You can also adjust the settings and have the app save the snaps of the intruders in the folder of your choice. 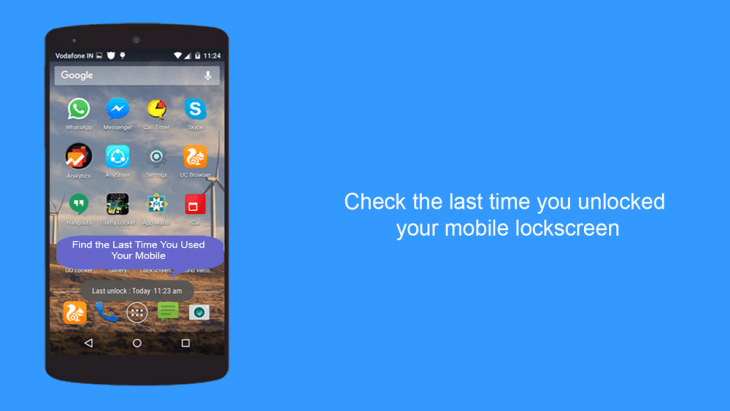 Same developer as in the BSF, Best Phone Security Pro captures a photo of an intruder/intruders when they enter the wrong PIN or password trying to unlock your phone. It will also ring an alarm, if you like the feature. Best Phone Security Pro can work in stealth mode, too. It displays the intruder’s location, notifications on icon, and works in sleep mode. If the alarm is on, the volume control is locked, so the intruder won’t be able to mute it. The pictures get sent to your email, too.

Lockwatch is an antitheft and intruder detection app for Android that perhaps best answers your woes if you are looking for a way to know who, when and where. It’s a paid app, the free version is a trial. Irrespective of whether your phone is stolen, lost or safe at home or office, Lcokwatch sends you an email with a photo of an intruder, complete with the phone location. The photos are taken in stealth.

According to reviews, Lockwatch can actually help you track a thief and recover the phone, that is if the Police are at it. When someone enters a wrong unlock code, Lockwatch will take a photo of that person with the front camera, identify the location of your device (GPS and Wi-Fi), send the photo and a map pin to your email. The intruder sees no warnings, no signals, no alarms.

Lockwatch uses Android lock screen PIN, password and pattern. Face and fingerprint aren’t supported on all devices. The app is said to deal no battery drain. The premium features offer some extra goodies. For example, the app will take three snapshots of the intruder instead of one, and record a 20-second video. All that goes to your email.

Lokwatcher also detects if SIM card is changed. You can also set to to send you an email with a photo and location each time your device is powered on. This helps in the event of a theft, when a thief powers off the device to prevent detection. They must power it back on at some point, and that’s when Lockwatch sends you an email. The best part – the app turns your data connection in stealth to send the message. So, the thief won’t even know what happened. Needless to say, the free features are enough to catch a snooping colleague or a suspicious better half.

This app’s primary aim is to hide your sensitive photos and videos, hence the name. It creates a stealth folder protected by a password, and you can shoot videos and images directly from the app. One of its features lets you take a photo of anyone trying to access that secret folder. There is an alarm feature that goes off when someone enters a wrong password. That way you will know for sure when and who is the spy. The app logs successful logins, failed logins and pin changes. If logins fail 4 times in a row, the app captures a photo and the location of the intruder.

One interesting feature of Best Secret Folder is the app will display fake videos to an intruder instead of sounding off an alarm, if you enable it. BSF also sends the photos of the intruder to your email. Not quite a universal solution, but if someone knows your PIN or password, or uses your fingerprint while you’re asleep, to access your phone, sounding off an alarm or taking a picture silently will reveal the culpprit. And any culprit will want to see what’s in your secret folder, if they find it.

Much like the above BSF, Safety Photo locks your sensitive files in a password/TouchID protected vault. So, it won’t notify you when somebody accesses your phone without your permission. But if they try to access your secure vault full of selfies and videos, the app will take a snapshot of the person. The next time you unlock your secret vault, the app will show a report complete with a picture of the person who failed to unlock the folder.

As a closing word, for those of you who are going through a tough time in a relationship, remember – trust is by a large margin better than an intruder detector. Once trust is breached, don’t blame it on your GF for snooping on you.

There you go. What is your go-to app that takes a snapshot of the intruder trying to unlock your phone with a wrong code? Share your suggestions in the comments below, and don’t forget to follow PocketMeta for more roundups, guides and reviews of all things iOS and Android.