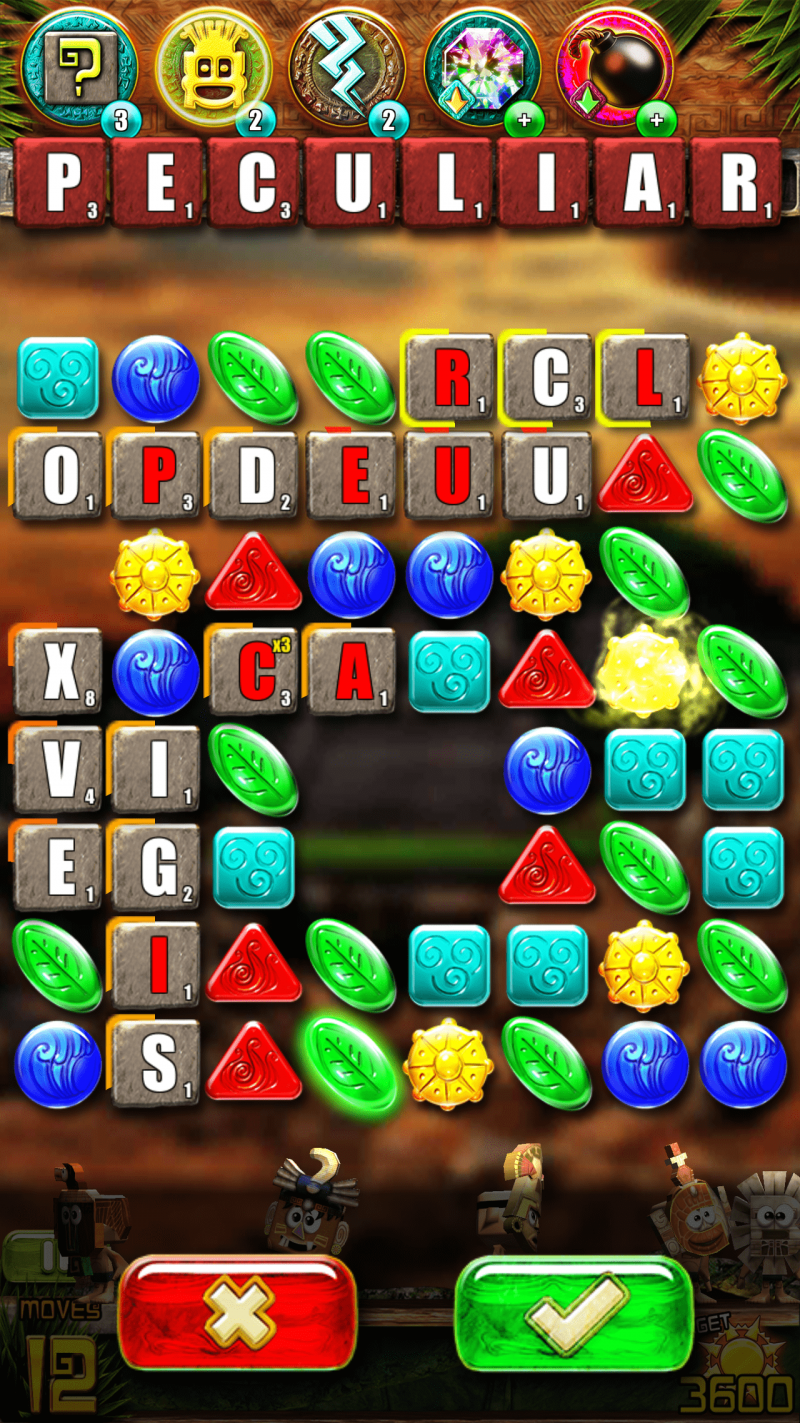 Struggling to beat that next level in Languinis? Or perhaps you’re just looking for a few tips to help you progress a little quicker. Regardless, you’re in the right spot, as we’re about to share a handful of useful tidbits that are guaranteed to assist you in becoming a Languini master (or at least help you get a little better at the game). As always, feel free to share your thoughts on our tips, as well as any tips you’ve got, in the comments section at the end of the article. Let’s begin!

You’ll notice that certain tiles have a small multiplier on the corner of it that says 2x, 3x, or something along those lines. These will multiply the amount of points you earn for matching a word with that letter, so it’s really important that you save these for long words, as well as words that contain letters like “Q” or “Z” that give a lot more points. Just don’t be careless when you see one of these tiles, as they can be the difference maker when it comes to meeting the point requirement for finishing a level. 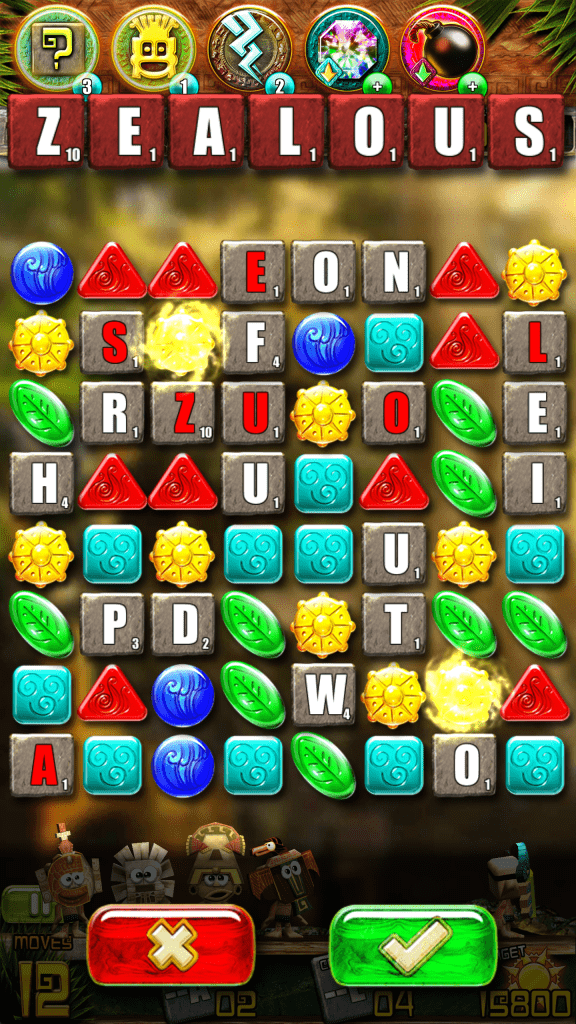 If you follow the first tip, and are able to spell 5/6+ letter words regularly, you shouldn’t have a problem meeting the score requirement every time. However, if you neglect to take care of the other objectives, that’ll all go to waste. Typically, you won’t be overloaded with objectives on a level that also requires a ton of points to be scored, so it’s generally safe to knock out all of the objectives first and then spell longer words to finish scoring points if necessary. 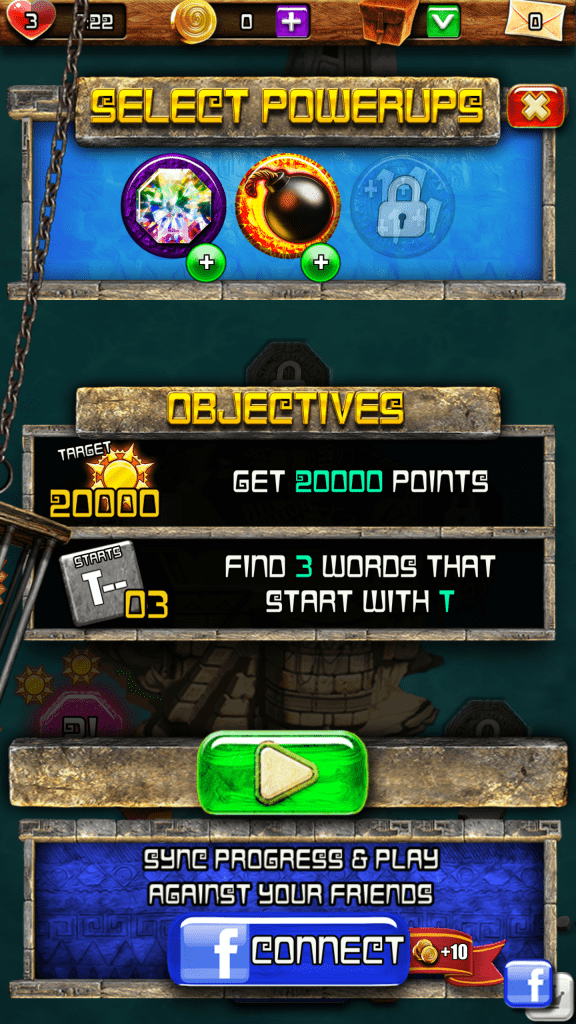 One thing you should always try to do, is spell long words and knock out objectives simultaneously, such as having an objective to spell words that start with the letter “A”, and then spelling a 10 letter word that begins with “A”. Don’t just quickly spell “ate”, “able”, “air” and short words to knock out the objective, because you likely wont hit the point objective since 3/4 letter words hardly ever score a lot of points.

A quick tip to help tack on some extra points to a single word, is to see if there’s an extra “s”, “ed”, “ing” or any applicable ending to the word. For example, you’ve got the word “fight”, which you could turn into a six letter word by spelling “fights”, or an eight letter word by spelling “fighting”. Another example would be “trample”, which you could turn into trampes, trampled, and trampling.

Get a lot of letters up on the board

My usual strategy is to make as many colored tile movements as I can before I start spelling any words. An exception would be on a level with an unusually low amount of available moves, but this generally is not the case. Once you have a board that is nearly full of letters, it’s a cakewalk to spell 5/6+ letter words with ease — and it’s easier to knock out your objectives that require certain letters as well, as you’ve just got more to choose from at one time. 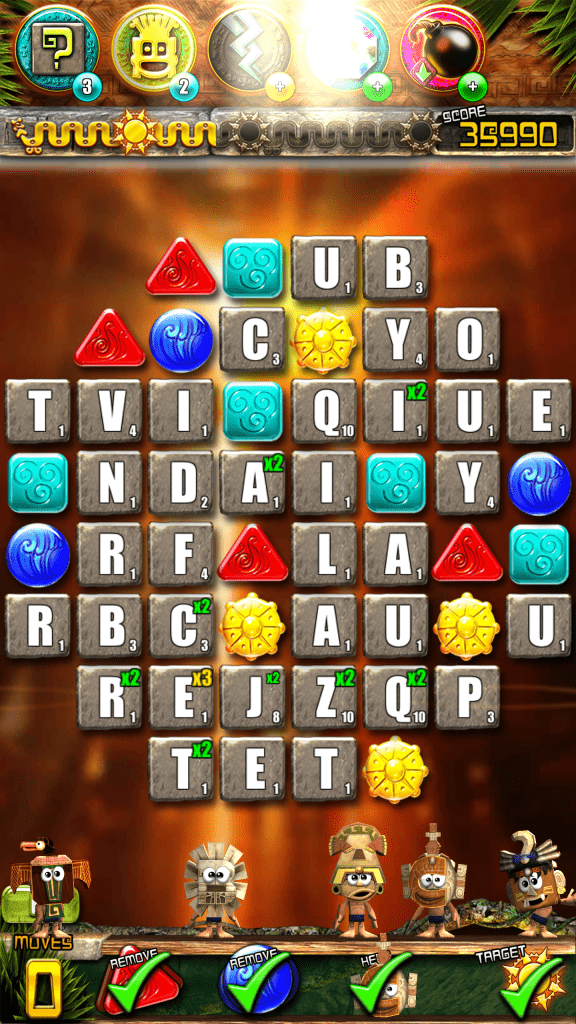 Languinis makes it pretty easy to manipulate the map in order to create a row of 5 or some other opportunity. Just take a few seconds to examine the entire board before make your decision, and if you need to, spell a quick 2-4 letter word to drop one or two tiles down and create a move. If you’ve got a lot of available moves, it’s pretty easy to create a 5 tile special gem with just a couple of well thought out moves.

Once you’ve made it past the first 20 levels or so, you’ll be introduced to a new kind of letter tile that is timed. You only get a few seconds to spell a word with those letters, until the timer runs out and they will explode at the end of your text turn. Instead of making a couple of moves and trying to spell a word with 6 or 7 letters, I stick to my strategy from tip #2, and make a ton of moves as fast as possible to fill up the board. 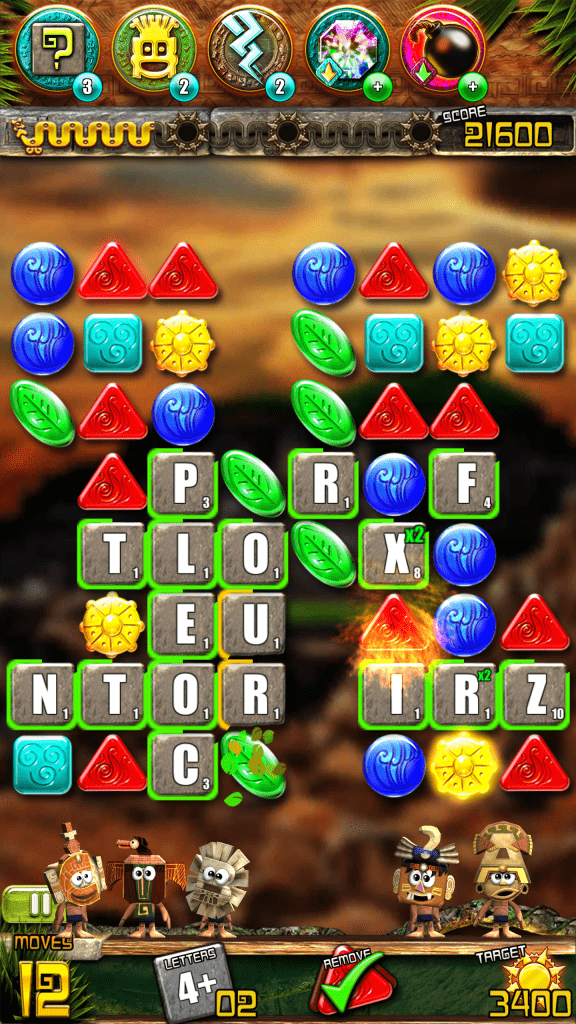 The reason this is so useful with timed tiles, is that you can fill up the board, spell a really long word, and then everything is completely refreshed with new tiles because the old ones expired. It’s a bit heavy on the moves, but you end up scoring a lot of points from spelling long words almost every time you spell anything. It also helps with objectives that require you to destroy a certain amount of a certain colored tile, as you can spawn more of them easier with timed tiles.

This one is a bit shady, but you’re actually able to refresh your lives count by going into your device settings and moving the time forward by an hour or so. I can’t guarantee that they won’t release an update that fixes this “cheat”, but you may as well take advantage of it in the mean-time. Usually I wouldn’t condone any kind of cheating, but when its single player and only avoiding restrictive mechanics, I’m all for it.

One final quick tip, don’t forget to at least open the app once a day to secure your daily log-in rewards. This will reset if you miss a single day, and there are special prizes for several consecutive days logged in. If you hate spending money on free games, then make sure you utilize this so you can get more power-ups and freebies.

Thanks for checking out this list of tips & tricks for Languinis — Match & Spell! Hopefully you learned a thing or two that will help improve your gameplay and get you past that level you’ve been stuck on for a while.