Google Now can be accessed using a simple gesture on almost all modern Android devices – on most of them the gesture is a swipe up from the home button, and on Samsung and older devices you’ll have to press and hold the home button.

This is a very comfortable and easy to make gesture, the only problem being you can’t change the action (in this case accessing Google Now) from the system settings. However, there is a small yet very useful app called Now Gesture Tweaks that will let you re-purpose the Google Now gesture.

What you can do with Now Gesture Tweaks

Like I just said, the app allows you to customize the Google Now gesture in a number of ways. The free version allows you set the gesture to open a specific app, launch the app drawer and select one from there, open the notification drawer or do nothing.

There’s also a pro version that offers even more options for the Google Now gesture – it costs $0.99 and you can get it from here in case you’re interested – but in this guide we’ll be using the free app.

How to customize the Google Now gesture with Now Gesture Tweaks

Now that we covered what the app does, it’s time to actually use it. Obviously, the first things you need to do is download and install Now Gesture Tweaks on your device from the link below.

By default, the app is set to do nothing when the Google Now gesture is performed. To customize it, open Now Gesture Tweaks, and tap on ‘Select Action’. 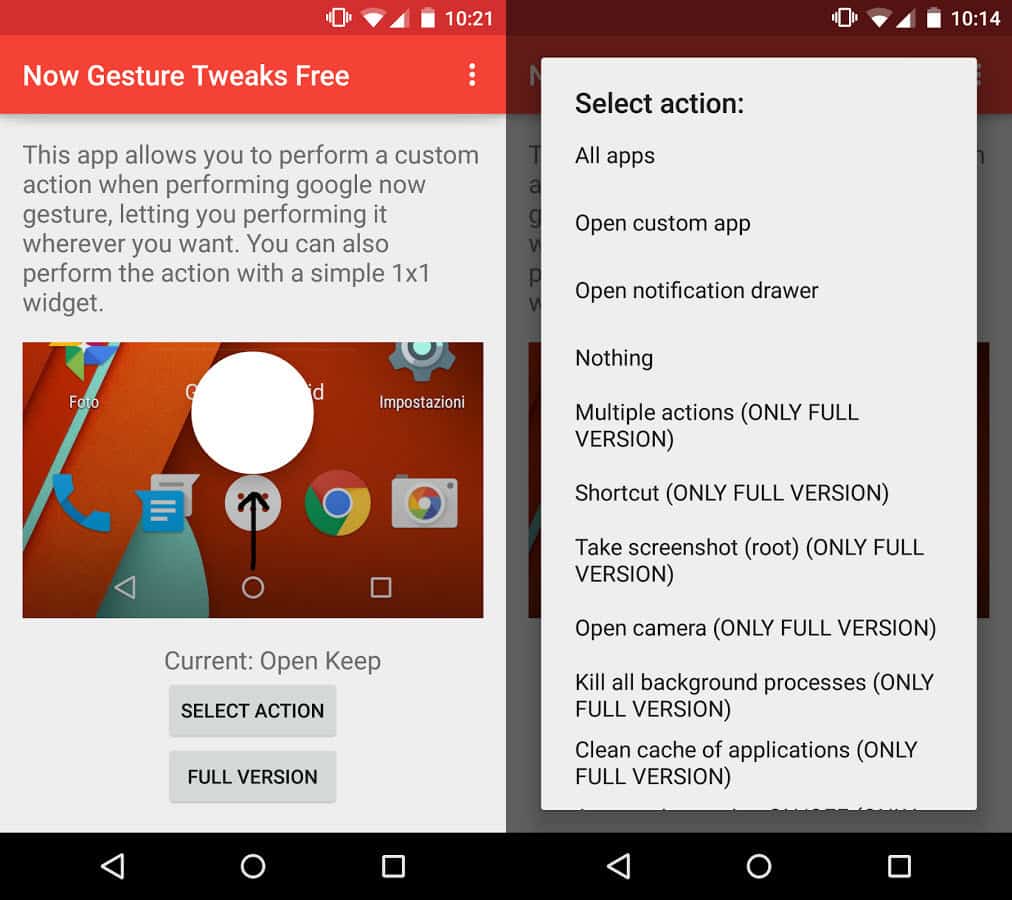 In the free version of the app you’ll be provided with four options:

If you choose the ‘Open custom app’ option, you’ll then have to choose which app you want to launch using the Google Now gesture. 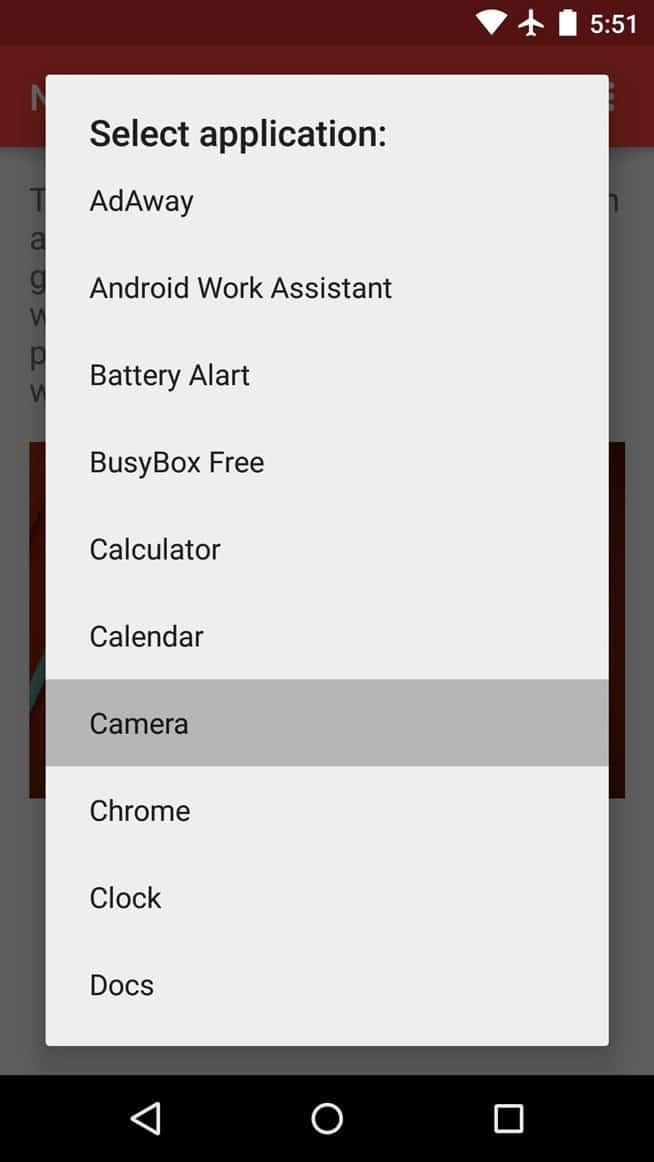 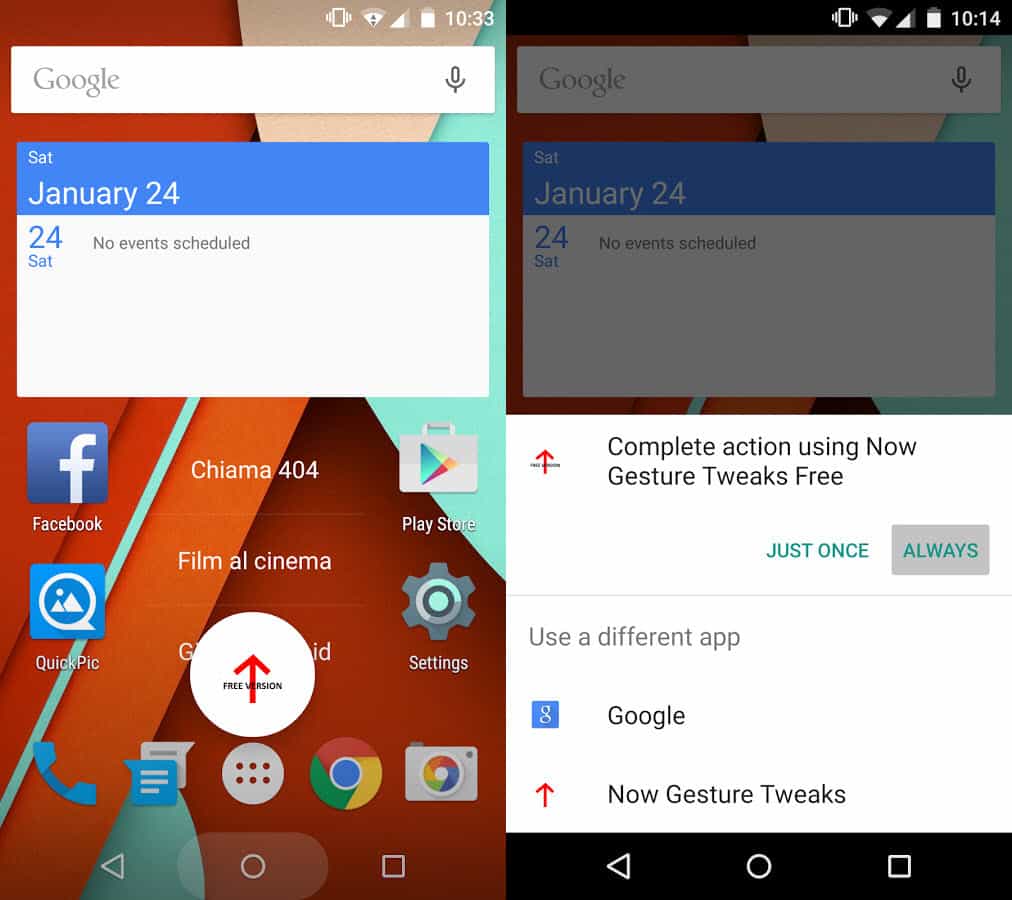 You’ll be prompted to choose which app you want to complete it with – select ‘Now Gesture Tweaks’ and tap on ‘Always’.

After you set this up, any time you perform the Google Now gesture it will launch your custom action or app you selected in Now Gesture Tweaks.