Line added an encrypted chat option in its latest 4.5.0 update of iOS and Android apps just a few days ago, and it is Android and iOS exclusive, which means Windows Phone, Nokia, BlackBerry, Firefox and PC versions of the app won’t be able to enjoy it just yet; neither will users in China, Japan and Malaysia.
Line calls it ‘hidden chats’ and lets users secretly chat in one-on-one encrypted rooms that are separated from regular Line chat rooms. Both text and image messages are encrypted and time-restricted, which means the recipient will only be able to view them for a limited amount of time set by the sender. Once the time limit is reached, the message self-destructs automatically, which may be perfect for sensitive and personal content.

Here is how you send and receive hidden chats

Tap a contact you would like to have a hidden chat with and open a 1-to-1 chat. Then, tap ‘Hidden Chat’ in the menu located in the top left hand corner of the chat room. 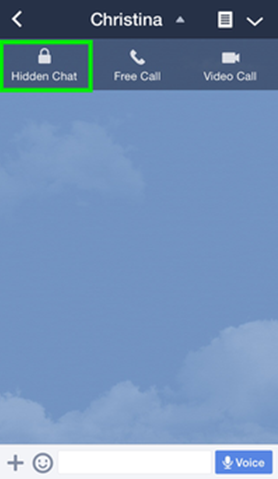 Note: you cannot have hidden chats with more than one contact, so no group hidden chats are available so far.

Sending messages in hidden chat rooms does not differ from regular chat rooms except for the timer option, which lets the sender determine for how long the recipient can view the message. By default, it’s set to 1 minute, but you can reduce it to as little as 2 seconds, with the maximum being 1 week, and plenty of options on between. 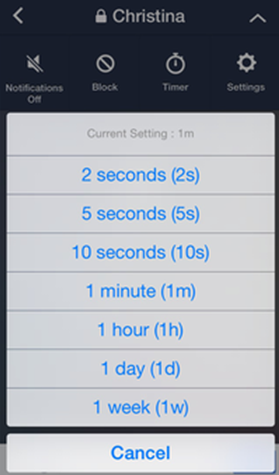 When you receive hidden chat messages, they open as regular chat rooms, but when you tap the hidden message, it will only be available for viewing for the limited amount of time set by the sender, after which the messages self-destructs. 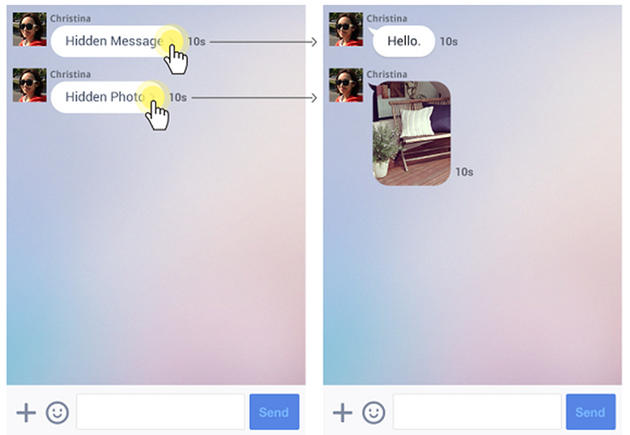 You can send images, location data, contact details, text and stickers via hidden chat, but not video or voice messages, or notes, albums and snap movies.

When the viewing time expires, the message gets deleted from the chat room and Line servers. Unopened messages linger on Line’s servers for two weeks prior to being deleted.

A Welcome Addition for the Privacy-Minded

Line was a target of privacy advocates accusing the company of lack of encryption, and the new feature obviously addresses that issue. With over 500 million registered users, Line has a reputation to fight for, and encryption feature comes out in tune with the almost year-long privacy and security roller-coaster brought up by Edward Snowden. However, Line is by far not the only messaging app that introduced privacy options. A few weeks ago, we covered an article on apps for couples, many of which offer encryption and private chat rooms. Then, there is Confide for business users and Cryptocat, both iOS. The latter even had a huge issue with the iTunes app store and was temporarily removed until the developer brought the issue to public attention. And Apple claims to have nothing to do with the NSA, banning strong encryption apps from its store.

Line, on the other hand, has always had a different appeal – stickers and games, but the recent update may signal the company does not want to lose the segment of the market due to privacy concerns, which gain ever more traction these days.

Let us know which messaging apps you are using and whether they have encryption or secret chat rooms, and share your thoughts in the comments below. We’d love to know what you think about privacy. Is it dead-dead, or is there a hope?