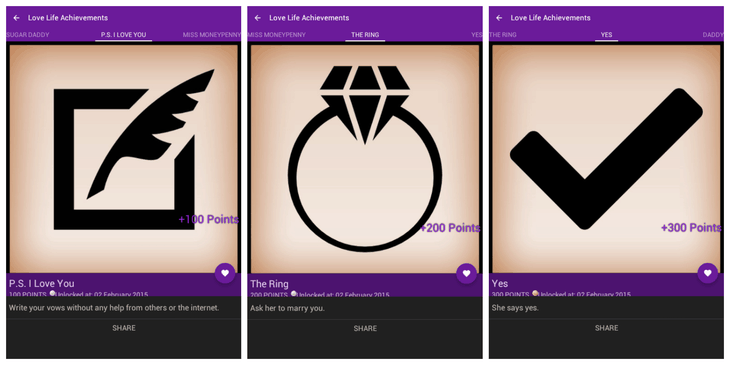 Here is one for the students – an app that lets you tick boxes, in this case hearts, every time you accomplish something you think is outstanding in your love life. I said it was for the students because I can imagine it being used by young males, especially those living in campuses. However, there is no reason a young couple can’t giggle while ticking hearts. And giggles it gives you. 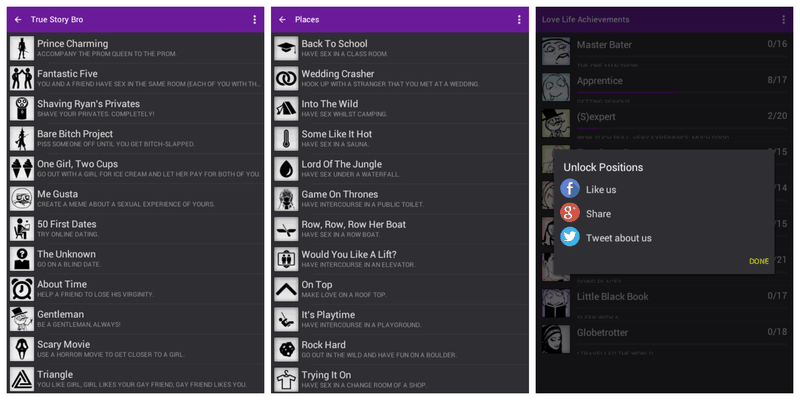 The app is pretty simple, straightforward, and free, but ad-supported. It sports a minimalist and appealing color scheme and smooth transitions from section to section.

Once you download it, you can immediately set a four-digit pin for it, so that no one but you has access to it. Its icon also looks like some kind of fitness app.

Once you are past that, you can go ahead and start ticking the hearts next to each achievement you have already accomplished in your life. This is where the fun begins, and it is a great thing the app does not take itself seriously. It is the sense of humor (warning – purely male, American Pie-style like “Shaving Ryan’s Privates” and “50 First Dates” for online dating) that provides for the 100% fun of using it. 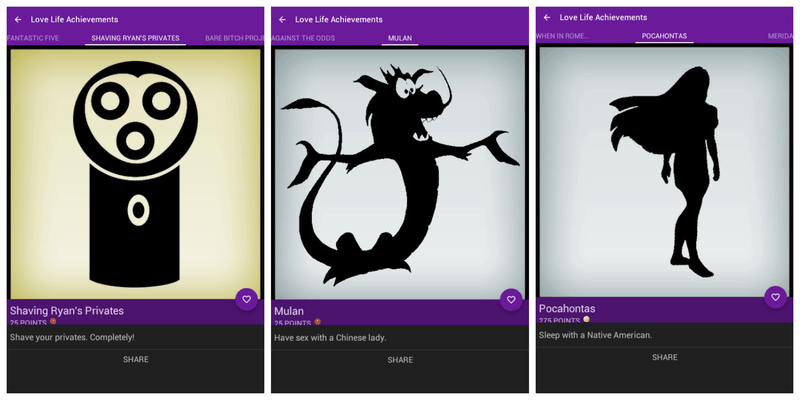 The sections are dedicated to several areas related to your sex and love life, and anyone, a single person, or a guy in a relationship, can find a department to tick boxes and unlock achievements that add points to your profile. The latter is a plain representation of bronze, silver and gold medals the app awards you for outstanding achievements in the field of… you know.

You can follow through your entire experience starting from the first kiss to those wild exploration years, commitment and marriage. A person with a long-term commitment will find it delightful this section’s achievements grant them high score for finding “the one.”

Miscellaneous section, for example, has some achievements you would need to ask your partner to be able to answer, like – are you always a gentleman? Or, have you dared to piss off your girlfriend when she is in her “sensitive” days the app dubbed as “Release the Kraken”? You can also share the achievements you unlock via social networks (what did I say – it’s for students), or via text messages with your friends or partner. 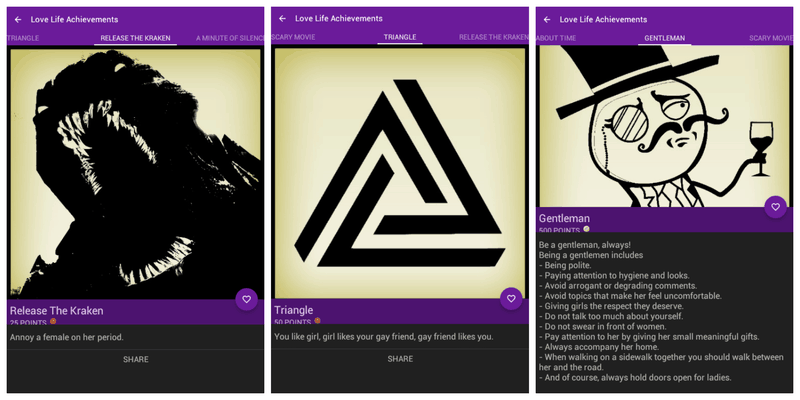 The app does not store your personal data. It does display ads, but they are non-intrusive.

The UI is simple and handsome, and simplistic. The only thing that nagged me was the hearts button that did not show in horizontal layout on a tablet, and it was not immediately clear you had to scroll down to find it.

There is one major drawback with it, however – the app is exclusive of women. Even if you are in a relationship and download the app to go through it with your girlfriend, or wife, there is only this little you can do together – giggle and appreciate the dark sense of humor. There is nothing you can do together, nor is there anything that your girlfriend can do there. Or a single lady, for that matter. It is a shame because women consume mobile apps as much as men do, if not more. 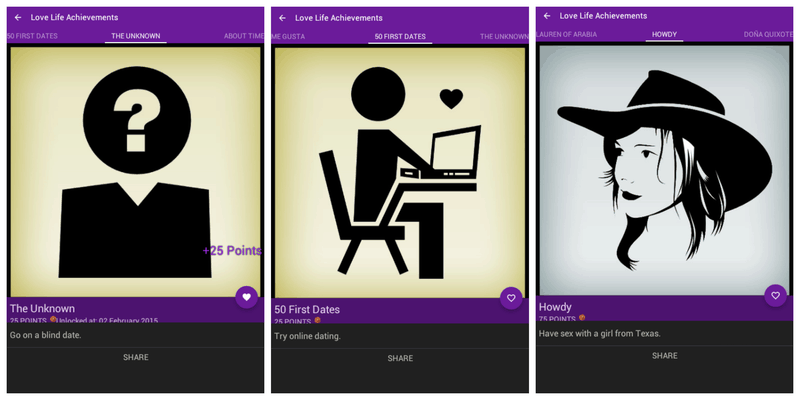 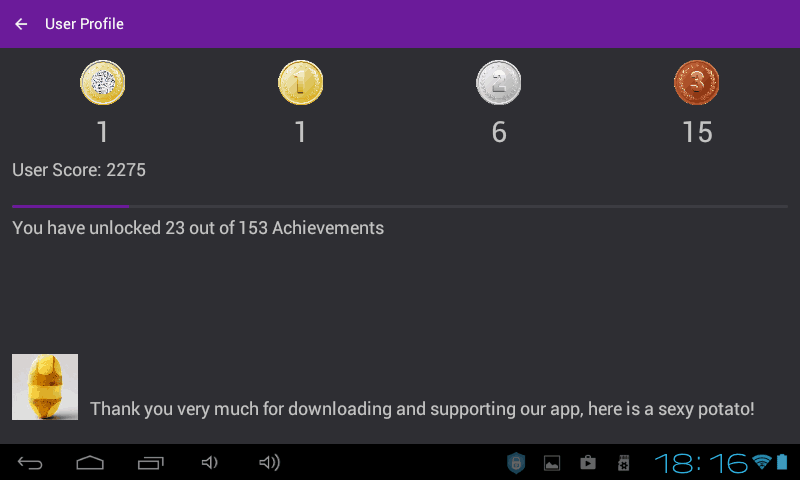 As of now, it is a fun little app that feeds a stud’s ego or entertains for a brief moment. Its rich, sometimes explicit, verbiage makes browsing through achievements fun, irrespective of whether you do it alone, or with your girlfriend, or wife.

On the flip side, I don’t see it becoming a resident app, unless for quite a limited age category of users. It has an untapped potential, but right now, I don’t see a reason to buy a premium version, or share news on my Facebook timeline to unlock “Positions.”

In other words, if Sex & Love Life Achievements mixed with one of these apps for couples, or better yet, the Boyfriend Log App, or include some of the ideas the female audience would enjoy, it could tap into its great potential and become really decent. Right now, however, it is just for the laughs unless you seriously want to do all those things and tick hearts to unlock achievements.