The more I look at it, the more Mekorama (review) seems like one of the best puzzle games on mobile this year. Player engagement grows by day, and the number of ways you can fry your brain with it, too. Mekorama’s replay value is next to unlimited thanks to the lively community of users who share their creations, and I have to say there are a lot of really great user-created dioramas. Without further ado, here are some tips that can help you out when you start playing Mekorama.

By default, your in-game camera is locked to rotate the dioramas by 90 degrees, so some nooks may be virtually impossible to access. Yet, some levels require more precision, especially when you start playing user-made levels. Hence, when you launch Mekorama, flip the screens of the menu to the last one, the 5/5 pink one. The last option Free Camera – toggle it to ON. Your camera is now free to rotate and stop the way you command it to.
Remember, Mekorama lets you zoom in and out, which lets you aim with more precision when directing your Odd Bot. 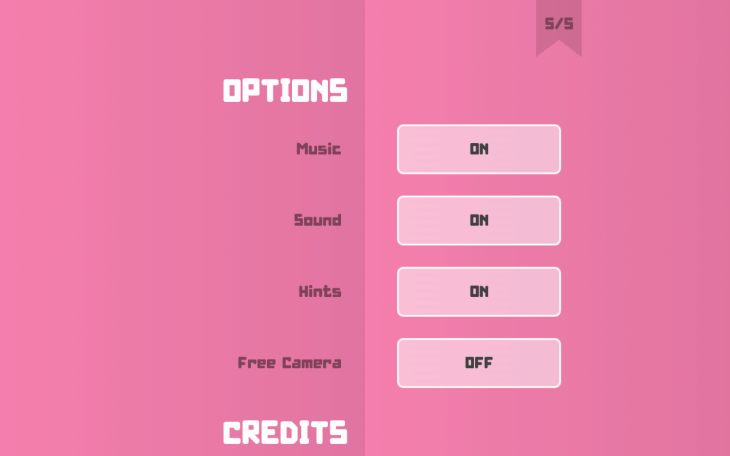 Some users think it’s a bug when the protagonist falls off the diorama, but it isn’t. In fact, this can be used as a mechanic when you build your own levels. Since dioramas are very law-abiding, by law I mean laws of physics, gravity and all that science babble, it only makes sense that Odd would slip, fall and roll whenever you direct it into a hole, or too close to the edge. Small blocks with gaps around them can be particularly tricky, so just be careful. If you can’t find a way back into diorama, well, reset the level. 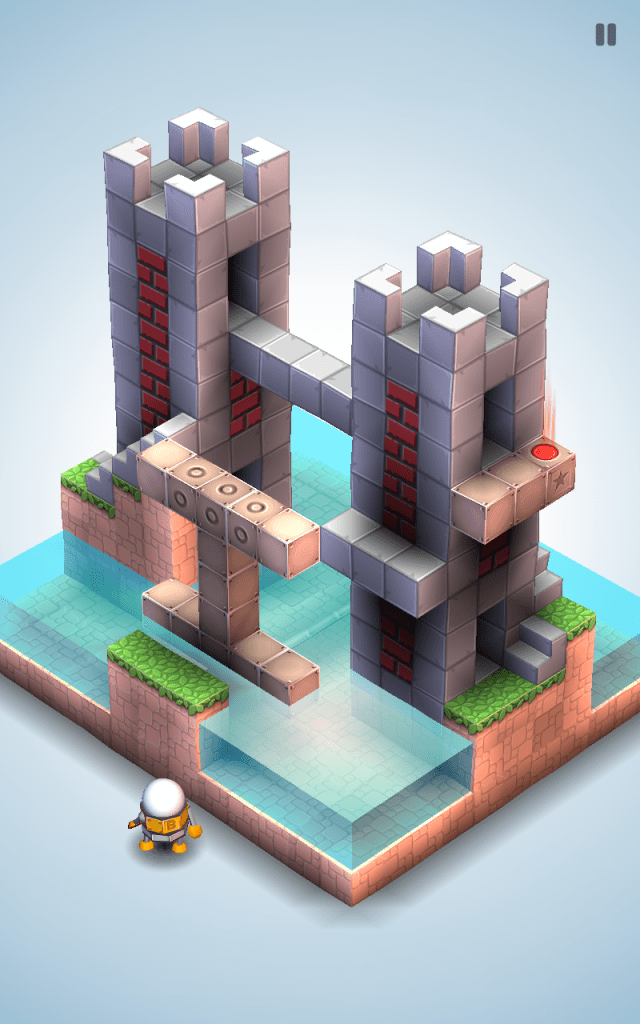 #3. For the level creators – red robots don’t have eyes

It’s a hint in itself. You must have noticed how those eye-less red bots move randomly. It means a ton when you intend to use them in your levels, so mind that they’re blind, hence they move seemingly randomly. However, the pattern is – they turn right 90 degrees, but sometimes they do so even without bumping into any obstacle.

If you are stuck and don’t know where to go, just tap around. Sometimes you don’t see that a certain path is cleared for Odd Bot to walk, poking into paths may revela it.

#5. Where do you find Mekorama levels made by users?

Mostly Here. You can also dig them on Facebook and Twitter at #Mekorama.
Also, check FAQs here for troubleshooting scanning issues.

#6. Before quitting the game

Remember Mekorama does not save your progress if you haven’t solved a level. It only saves the ones you solved completely. So, if you’re mid-way or nearly there in a complicated maze, and need to quit, be ready to go through it all over again.

In many cases, a level’s title is a hint. So, if you’re stuck, focus on the title and see if it can help you figure out the mechanic or the strategy to solve the diorama. At least in Martin Magni’s level it is so. As for the user created levels, it depends, but many tend to stick to Martin’s symbolism.

These are nasty, but you’re safe if you stay at least one tile away from them.

When you build a level, or rather when you think of an idea of how to build a level, start with simple things. For one, walls totally suck. If you try to build a room, or a castle, walls are always in your way – when you build it, and when you try to solve it. They obstruct things from sight, and make it so much more difficult to achieve the desired result. On the contrary, if you build an open space platform, with, say, a staircase in the middle, it’s easier to accomplish your invention. You may very well prove otherwise, but starting out with an open diorama seems easier.

Mekorama is pay what you want, so you know what you buy before you pay. Even if you choose to play for free, you could consider an IAP for hints, these will help you out with especially tricky levels. Mind, though, that hints work for the initial 50 levels of the game, not the community shared levels, obviously.

What are your tricks for Mekorama? Share them in the comments below, and don’t forget to follow PocketMeta for more guides, apps and games roundups, and reviews!